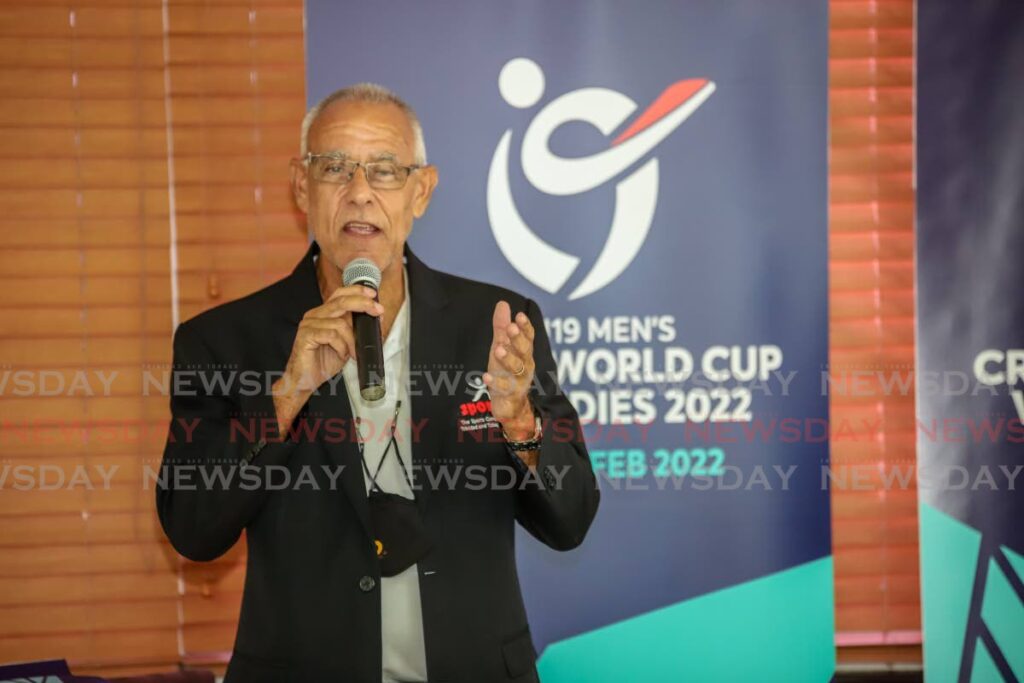 DOUGLAS Camacho, chairman of the Sports Company of Trinidad and Tobago (SporTT), is pleased with the allocation for sports from the 2022-2023 budget, which was presented in Parliament by Finance Minister Colm Imbert on Monday.

On the Ministry’s Draft Estimates of Expenditure for the Financial Year 2023, the allocation for the fiscal year is $763,603,000.

During an interview on Tuesday, Camacho said, “I think it was a very clear impression by the Government on their intent to seriously see sports as a developmental tool, for nation building.

“From SporTT’s perspective, we’ve realised that when you start to analyse details, that the Government has identified development in sport, the whole process of development of sport, not just elite sport, which they have funded over the last couple years, but they have really planned this year to support us and back us in delivering developmental programmes in conjunction with National Sporting Organisations.”

He added, “That is a very positive signal sent, and I am pleased.”

Camacho, who is also the president of the Trinidad and Tobago Hockey Board (TTHB), pointed out, “(There is) a better, and bigger, allocation to help us doing some maintenance and repairs in some of the sporting facilities. I’m very pleased to see that they didn’t back us with words but they have, in fact, backed us with action. And now we have to deliver.”

Asked how soon SporTT plans to have work done, in terms of upgrading facilities, Camacho replied, “The refurbishing work, we have always done. It’s just that we have not been able to do it at a faster pace than we would like.

“We’ve already started and we’ve put, in place, programmes. We still can’t do everything, so don’t ask me if we’re going to rebuild the Hasely Crawford (Stadium) and the Jean Pierre (Complex). We’re not talking hundreds and millions for that. We’re talking about refurbishing the facilities that are usable and workable and making sure they’re in a good space. We’ve already developed the programmes, in the event the funding did come for development.”

TT will be hosting the 2023 Commonwealth Youth Games.

And the former TT Olympic Committee (TTOC) president said, “It’s very instructive that additional funds are provided to do some upgrade and to support the TTOC to host the Junior Commonwealth Games.

“We’re partnering with the Ministry of Sport and funds have been allocated to do some upgrades for the facilities for use, and for the actual infrastructure, now that we’re hosting the Commonwealth Youth Games. But that would be a TTOC and not a SporTT-driven initiative.”