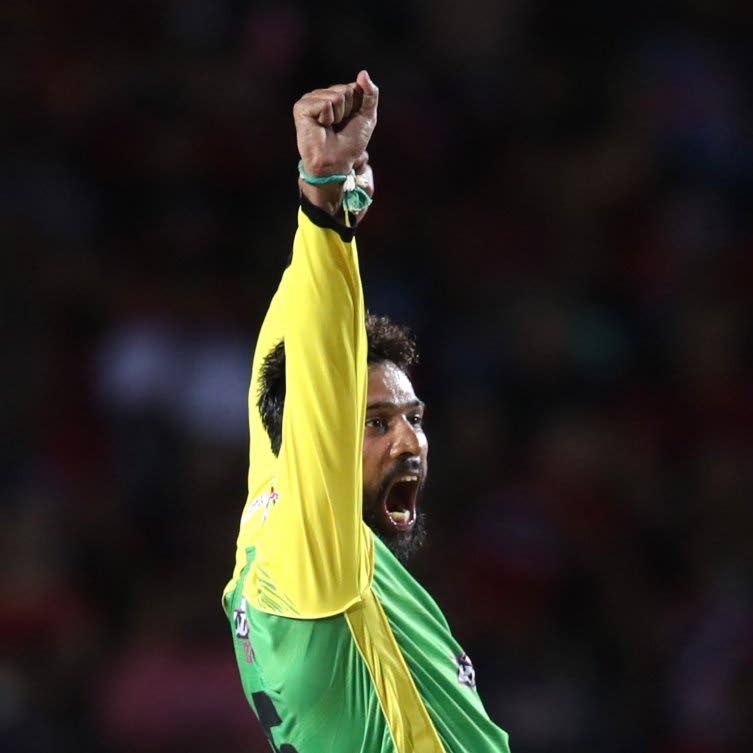 JAMAICA Tallawahs will meet Guyana Amazon Warriors at 7pm on Wednesday for a place in the Hero Caribbean Premier League (CPL) final at Providence Stadium, Guyana.

On a slow and turning track on Tuesday evening, St Lucia Kings struggled against the spin of Fabian Allen,Mohammad Nabi and Imad Wasim to be all out for 115 , losing by 33 runs.

Needing 149 to win, St Lucia got off to a disastrous start with the loss of Johnson Charles (3) bowled by Pakistan left-arm speedster Mohammad Amir. But South African opener Faf du Plessis kept St Lucia on course with a purposeful knock of 41 from 25 balls, despite two more wickets falling around him.

However, Du Plessis's stay came to an unfortunate end when a delivery from left-arm orthodox Allen kept extremely low and disturbed his stumps. It could have been two in the over for Allen, but his skipper Rovman Powell failed to hold on to an edge from Adam Hose at slip.

The reprieve did not cost them as Nabi, Allen and Wasim ran through the lower order.

At the halfway stage, Jamaica were struggling for momentum with Shamarh Brooks (22) and new batsman Raymon Reifer at the crease.

But the pair quickly went on the offensive to take 45 runs in the next four overs. Brooks took a liking to spinner Deyal in the 14th and hit him for two sixes as Jamaica pushed to 97 for three.

Jamaica looked to be heading for a low total until Nabi spanked medium pacer Kesrick Williams for three sixes in the final over to push the score to 148 for eight.