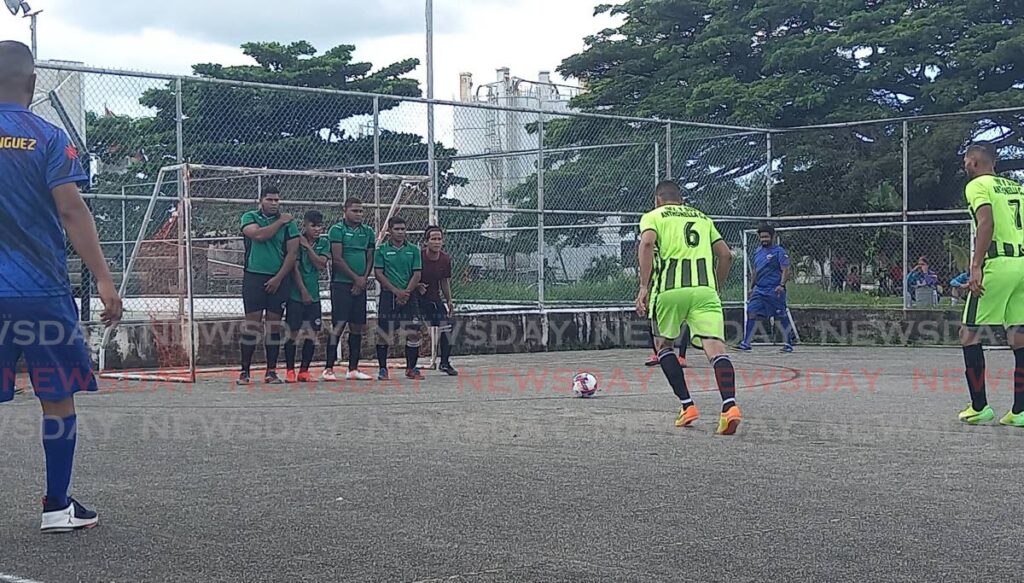 This Sunday the Triniven Futsal League continues with four games in the Constantine Park, Macoya - Photo by Grevic Alvarado

A TOTAL of ten teams divided into two groups are competing for the La Casita cup of the Triniven Futsal League.

The championship began last week and is being played at Constantine Park, Macoya.

Eulices Zacarias, the main organiser of this tournament, told Newsday two teams per group will advance to the semifinals.

In group A, Romulo Gallegos and Espartanos FSC currently share first place in the table with four points each. Fenix ​​Futsal and Delta Juventud have one point each, while Sulmona, current runners-up, are without a point thus far.

In Group B, the Real Sport Club are the leaders with four points, followed by Jovenes de Fe and Union Sport with three. Venesport and Scorpion complete the group.

Andreina Briceño Brown, director of the NGO La Casita, said these types of sporting events serve to promote camaraderie between locals and the migrant community.

"It is an honour for La Casita to sponsor sports, physical and recreational activities. This is one more example of how the migrants came to TT to give their best also to push this country forward," she said.

This Sunday the championship continues with four games at Constantine Park.

At noon, Romulo Gallegos will face Fenix ​​Futsal, followed by the encounters between Jovenes de Fe and Real Sport, Sulmona and Delta Juventud, as well as
Scorpion and Union Sport.