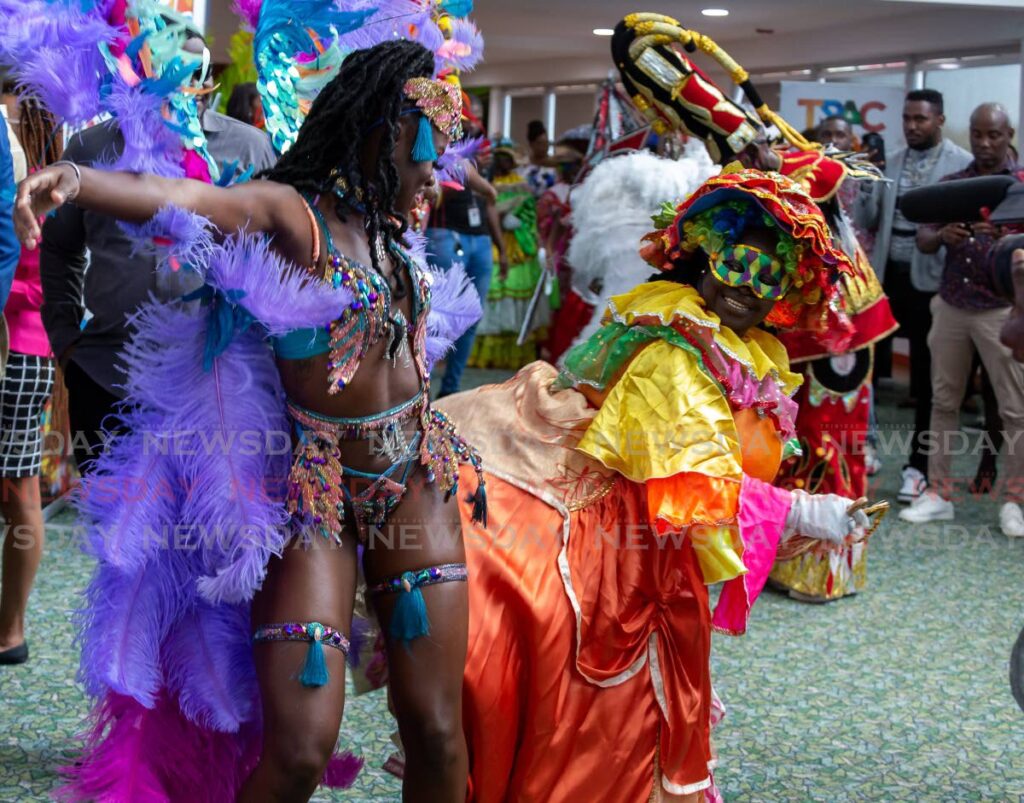 A masquerader, left, dances with a dame Lorraine at the Tobago Carnival launch on Wednesday at Shaw Park Cultural Complex. - David Reid

Under the theme Ritual, Revelry, Release, a preliminary schedule for the Tobago Carnival, scheduled for October 28-30, has been released.

The calendar was revealed to the media at a launch on Wednesday at the Shaw Park Cultural Complex.

Over 30 private events are also listed from September 25-October 30.

Additionally, the event logo was launched, as well as the website, which has since gone live at www.welcometobago.com.

There are also a number of private events.

October 22 – The Hideout at the Argyle Waterfall

October 23 – Revel on the Harbour Master

October 28 – Pan in the Gayelle

October 28 – Floats and Bikinis on the Harbour Master

October 28 – Daylight (venue to be announced)

October 28 – Finesse on board the Embassy.

October 29 – Soiree (venue to be announced)

October 30 – Parade of the Bands