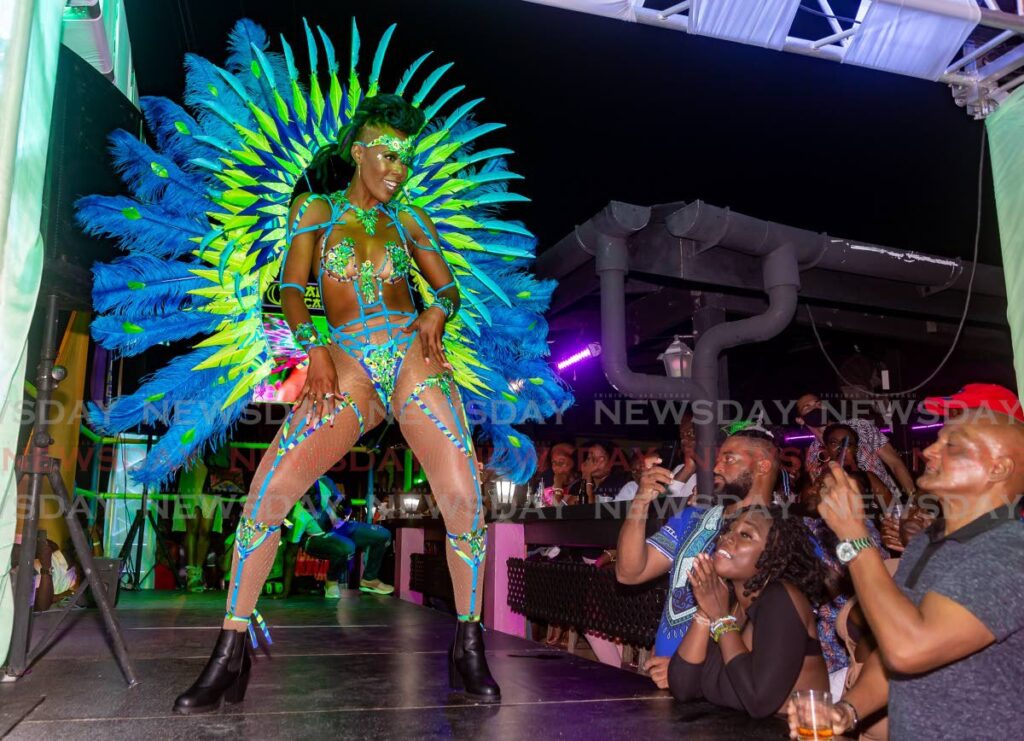 A model shows off a costume from the Breathless section of A Tribute to Blaxx, a mas band put out by Jade Monkey Bar and Grill in collaboration with Ronnie and Caro, at the band launch in Crown Point. FILE PHOTO/DAVID REID -

THE Tobago Chamber of Industry and Commerce and Tobago CivilNET have called on the Tobago Carnival Committee to calm the jitters of stakeholders who are desperate for more information about the October 28-30 festival.

The organisations on Tuesday joined the chorus of stakeholders criticising the planning of the inaugural Tobago Carnival.

On Monday, THA Minority Leader Kelvon Morris spoke out against the Division of Tourism, Culture, Antiquities and Transportation’s ten-day promotional trip to Grenada, arguing that countries with direct access to Tobago should have been preferred.

He says the organisers have not been providing any information about the event.

Morris also complained about the “isolation of our counterparts in Trinidad, where there is a $1.3million Carnival-loving population and a well-organised international brand identity of mas bands, soca artistes and steel orchestras whose following spreads far and wide across the globe.”

He accused the organising committee of being “foolhardy” in not accepting support from the National Carnival Commission to host the event.

Over the weekend, Pan Trinbago president Beverly Ramsey-Moore also expressed concern about the marketing strategy for the October Carnival as well as the decision to send a delegation to Grenada.

She believes the promotion of the event locally is also lacking.

Ramsey-Moore said while she is not against the marketing and promotion of any event in Tobago, stakeholders ought to be brought up to date with what is happening.

“While we must all express a team-player attitude towards Carnival in October and give the planners of this inaugural event our full support and confidence, the fact that a schedule of events has not been released so close to the event is raising some concerns amongst some stakeholders,” CivilNET said in a WhatsApp message.

For example, it said, one stakeholder reported to the group that she cannot move ahead with a seniors’ tour for the occasion because she does not have a schedule of events.

“Tobago CivilNET encourages the planners of this event to address this rising level of anxiety that is seeping through the society, in a very timely manner,” it said.

Tobago Chamber of Commerce president Diane Hadad said while she welcomes the island’s inaugural Carnival, details have not been forthcoming.

“What I seem to feel is missing is information on what is going to happen over that period of time. We seem to not have anything coming out,” she told Newsday.

Hadad said while the team set up to plan the event would have been chosen because of its expertise, “We need to see something material and concrete. It is way too close for us to not have anything that says come because this is what you are coming to.

“We do not have that. It is not there at all. We are not seeing it and we are not hearing it. So something is missing and we need to capture that and fill it quickly. Otherwise, I hope we are not starting off on the wrong foot.”

DaBaby Signals His Comeback After Fans Suggest He Fell Off

Deyalsingh: Pandemic is not over

Guard shot in Pennywise raid in ICU after surgery for stroke