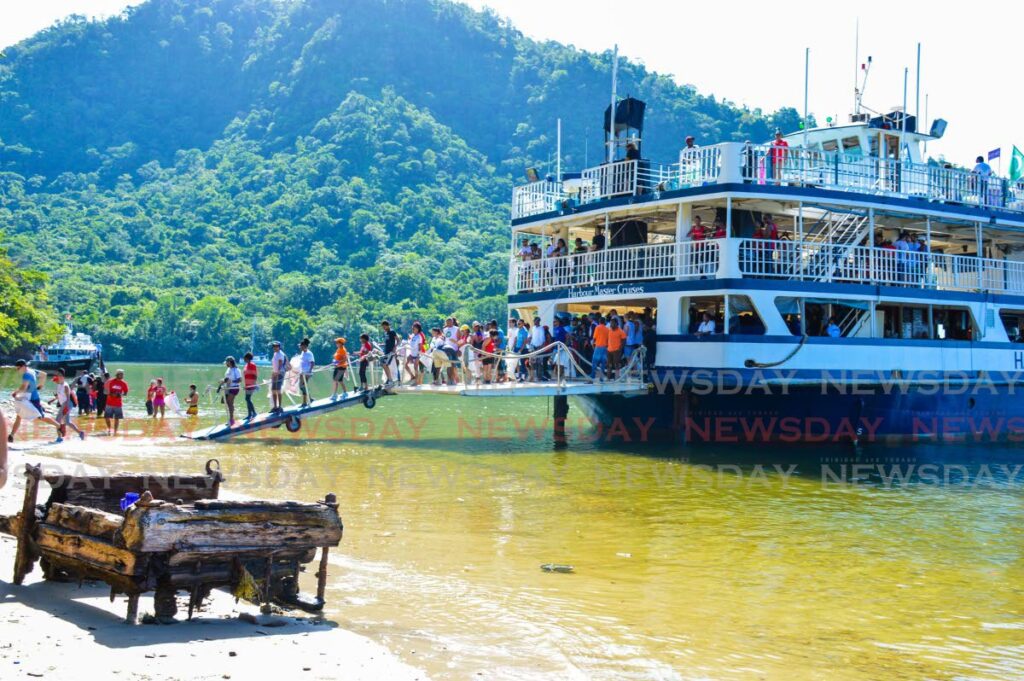 In this undated photo, the Harbour Master is docked at Scotland Bay as a crew of volunteers disemback to clean up the area for International Coastal Cleanup Day.

Four Trinidadian crew members of the Harbour Master have been fined approximately $14,000 (EC$5,500) each after pleading guilty to causing grievous harm to Anderson Peters and harm to Kiddon Peters. The charges are to be paid immediately or they will face prison sentences.

The men, John Alexander, 55, a deckhand from Arima; Mikhail John, 35, a sailor from San Juan; captain Noel Cooper, 42; and Sheon Jack, 28, a sailor from Cocorite, pleaded guilty in the St George’s Magistrate Court.

The Now Grenada website reported that each man was fined $8,792.53 (EC$3,500) on the charge of causing grievous harm,with a one-year prison sentence if found in default.

They will remain in custody until the fines are paid.

Lance Wiggins, 45, a sailor from Cocorite, was charged with the same offences but pleaded not guilty and was allowed to leave the court. Another man, policeman Abiola Benjamin, 40, of Maraval, was also initially arrested and charged but the charges against him were dropped before he went to court.