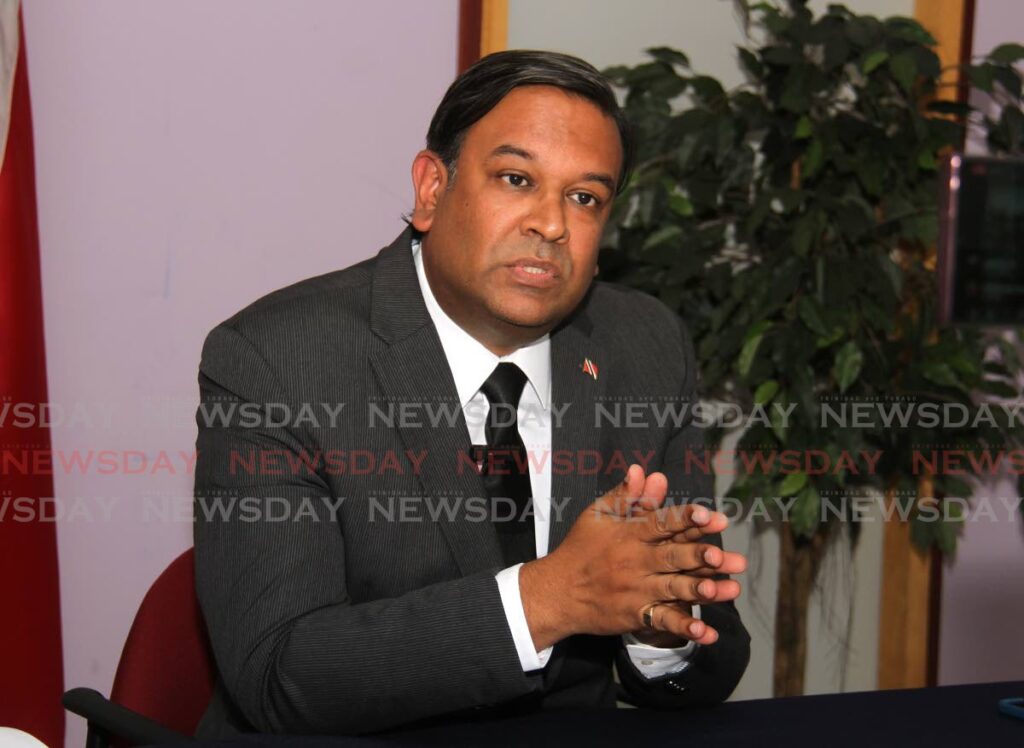 OPPOSITION MP Dr Rishad Seecheran says the Health Ministry must not be totally dependent on the efforts of Pan-American Health Organisation (PAHO) to ensure TT has timely access to the vaccine used to treat the monkey pox virus.

He said Government should have no problem asking developed countries –many of which have already sourced and stored large batches of the vaccine –for donations.

On August 3, Health Minister Terrance Deyalsingh said the ministry placed an order with PAHO for 2,000 doses of the monkey pox vaccine. He said there was no firm confirmation of prices or arrival date.

On Sunday, speaking at the Opposition's media briefing on Sunday, Seecheran said 2,000 doses of the two-dose regime vaccine was not enough to protect the country should there be an outbreak.

“This is not enough Minister Deyalsingh should an outbreak occur in our twin-island republic. We will all be left exposed and every single citizen of Trinidad and Tobago will be at risk. Every effort must be made to get more access to monkey pox vaccines.

“Up to now TT doesn’t have a single monkey pox vaccine. We should not entirely rely upon PAHO and the WHO (World Health Organisation) or vaccine supply to combat monkey pox. The WHO has created a new vaccine-sharing mechanism to stop the outbreak of monkey pox and this program is based on countries' epidemiological needs, very similar to Covax mandate.

"Right now we are open to attack from monkey pox. We must reach out to foreign partners possibly for a donation. The United States has millions of vaccines, many of the European countries have millions of vaccines and they are they are keeping it from their population.

"But we need to reach out to these foreign governments and ask for donations because we do not know when we would get that order of 2,000 vaccines from PAHO.

“As we saw with the Covax initiative, rich countries bought up most of the world's supply of vaccines."

The Covax facility was crippled by vaccine-hoarding which created shortages to the detriment of poorer countries.

Covax was founded in April 2020, by the WHO, Gavi; the Vaccine Alliance, Coalition for Epidemic Preparedness Innovations, European Commission and the Government of France after scientists began working on an effective covid19 vaccine.

Covax’s objective was to ensure all countries had equal access, through its facility, to the covid19 vaccines whenever they became available. TT ordered 100,800 covid19 doses through Covax in 2020.

At the opening ceremony of CARPHA’s stakeholder consultation on regional health security, at the Hyatt Regency, Port of Spain, in July, Deyalsingh admitted to having fears of TT having difficulties with accessing monkey pox vaccine.

He said the appointment of a director of infectious diseases was required to focus on manoeuvring TT through this impending threat.