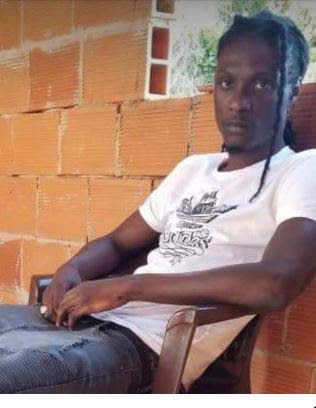 Moruga dancehall artiste Daniel Hamilton spent the last moments of his life chatting and laughing with a "close friend."

Then the unthinkable happened.

The police believe the friend shot Hamilton dead before getting into a car and driving away.

The 26-year-old Hamilton lived with his father at Poui Road in St Mary’s Village. He died in the yard of the family’s home at around 8.30 pm on Monday.

Relatives told Newsday Hamilton was in the house with his girlfriend, got a phone call and walked outside.

The friend walked into the yard, and they were heard talking and laughing. A relative saw them chatting, but paid no mind until gunshots were heard about 15 minutes after the friend arrived.

People then heard a car screeching as it headed towards the Moruga Main Road.

Unaware that Hamilton had been shot dead, his father and girlfriend went outside to see what was happening and found his body. He had wounds to the head and face.

Hamilton worked as a scaffolder.

About three years ago, he started a singing career, under the name was Daniel. The Protect My Life singer was not married and did not have children. He was his father’s only child.

An eyewitness who asked not to be named said on Tuesday, "It was only when we heard his girlfriend screaming that we recognised that Daniel was shot.

"The place was dark, so we did not see anything. We heard about six shots, and he collected four,

"He was a cool person. He did not like drinking. Sometimes we had to beg him to drink a beer with us."

No one else was injured.

Hamilton’s cousin Kershon Hamilton and other relatives and friends gathered at the roadside and shared memories of him.

Kershon, who was not present when Hamilton ws killed, said, "I opened Maddawg Entertainment studio at my home about a year ago, just to record him – I am a mixing engineer. We did a lot of work. Daniel was popular in the community and was hoping to make it big in the industry. I would be releasing his music sometime.

The police do not yet have a motive for the killing.

Kershon Hamilton said, "He hardly used to leave his house. He was never in trouble with anyone. He never had an altercation with anyone."

The killer was still at large on Tuesday.