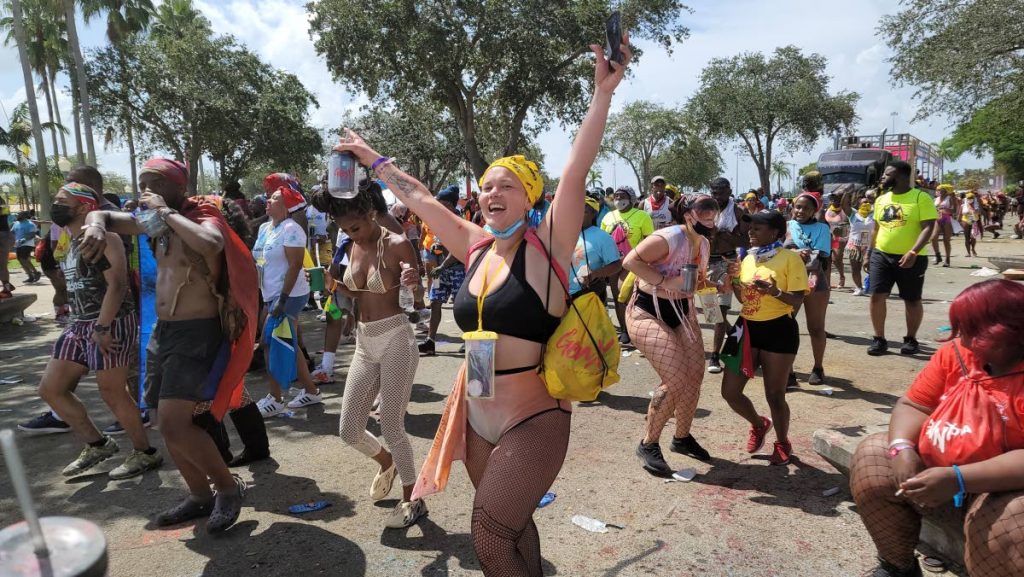 On the road in Miami. Photo courtesy Overtime Media

AFTER narrowly escaping the brunt of Hurricane – now Tropical Storm – Ian, Miami Carnival is still on.

This year, the festival is being held from October 1-9 and will include junior carnival, panorama, J'Ouvert and the street parade.

Although the eye of then-hurricane Ian was not near Miami, several parts of the city experienced strong winds, heavy rains and flooding.

Promotions for the eight-day long celebration continue on its social media platforms and website. On Thursday morning on Twitter, it promoted "the Water Lord and Trini legend Iwer George," who will be performing at the J'Ouvert celebration.

A social media post on Wednesday night said, "Our thoughts and prayers are with all those affected by Hurricane Ian."Speaking with Newsday on Thursday morning, public relations officer Yvette Harris said the organisers feel "very blessed" that Miami was spared major damage.

She said many people have been asking whether the celebration's schedule had been changed in any way because of the hurricane.

"South Florida had no impact, no damage. It didn't even rain in a lot of places yesterday.

"We've been damaged badly before, back in 2017, so we are encouraging people to give to the Florida donations for the hurricane so they can also do their part. You never know if we're going to be in the same predicament.

"So we will be looking into ways from Miami Carnival to offer support once they do the assessments and see what's going on. We are going to make sure we are a part of those relief efforts.

"That may be us one day, so we want to make sure that we are a good neighbour, just as we would want people to be supportive of us."

In a press release sent to Newsday on Thursday, chair of the Miami Broward One Carnival Host Committee Joan Hinkson-Justin said, "Miami Carnival is slated to kick off this Saturday, October 1, with our Jr Carnival at the Central Broward Regional Park.

She said next week's festivities will continue with Panorama at Central Broward Regional Park (October 7), J'Ouvert at Miami Dade County Fair & Exposition grounds (October 8), and Parade of Bands and Concert at the same venue (October 9).

She added, "We encourage our Miami Carnival community to support the thousands of Floridians who will need help rebuilding by contributing to the FloridaDisasterFund.org or texting DISASTER to 20222."

Singer, songwriter and producer Cruz Rock – who is set to perform at the festival – told Newsday while he is still scheduled to perform, "It (the hurricane) has created a travelling issue. I am still waiting for confirmation on when it will be okay to travel into the city.

"Also still waiting on updates on how Miami looks after the storm."

Newsday tried to contact the local artistes listed but all calls and messages went unanswered up to press time.