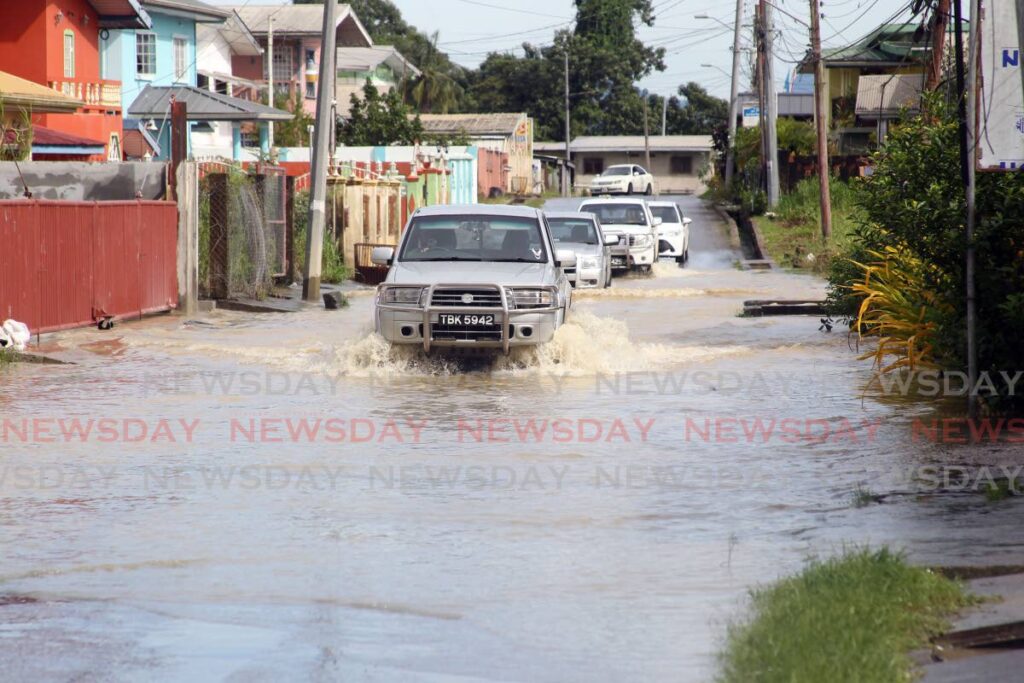 Flooding along the Calcutta #2 Road, Freeport. - Photo by Lincoln Holder

Citizens are being asked to brace themselves for rainfall greater than 25 millimetres and excess in isolated areas; gusty winds in excess of 55 km/hr especially in the vicinity of heavy showers/thunderstorms and street/flash flooding as the Met Office of Trinidad and Tobago (MET) has upgraded the weather alert to orange.

The Riverine Flood Alert was also updated to orange level as well.

This means that, “River levels are currently near or above threshold values in some parts along the major and minor watercourses with flooding ongoing in some areas.”

The update added that, “Rainfall accumulations are forecast to be in excess of 25mm over the next 12 to 24 hours and can further increase the volume of already overwhelmed water courses and over spilling of banks is expected.

“There is now a high risk to public safety, livelihood and property in communities surrounding these watercourses. Note that run-off will be slow at high tide…”

In an update on Sunday morning, the office said the adverse weather alert was upgraded and remains in effect until Monday at 6 pm. It was upgraded at 7.45 am.

TT is likely to experience “rainfall and or showers of varying intensities” which is expected to continue throughout the day especially during Sunday afternoon, the updated alert said.

It added that there was a 70-80 per cent chance of heavy showers and thunderstorms, it said.

On Saturday, the Prime Minister issued a statement in which he described the current weather condition as a “weather emergency.”

In the Facebook statement Dr Rowley said, “The international forecasts are for further incoming heavy rainfall over the next two days. Already there is significant damage to our road infrastructure in very many parts of the country.

“We are anticipating increased flooding and landslides in susceptible areas. Citizens are requested to be very alert to these dangers and, as far as feasible, restrict your movements until the dangers have passed or are abated.”