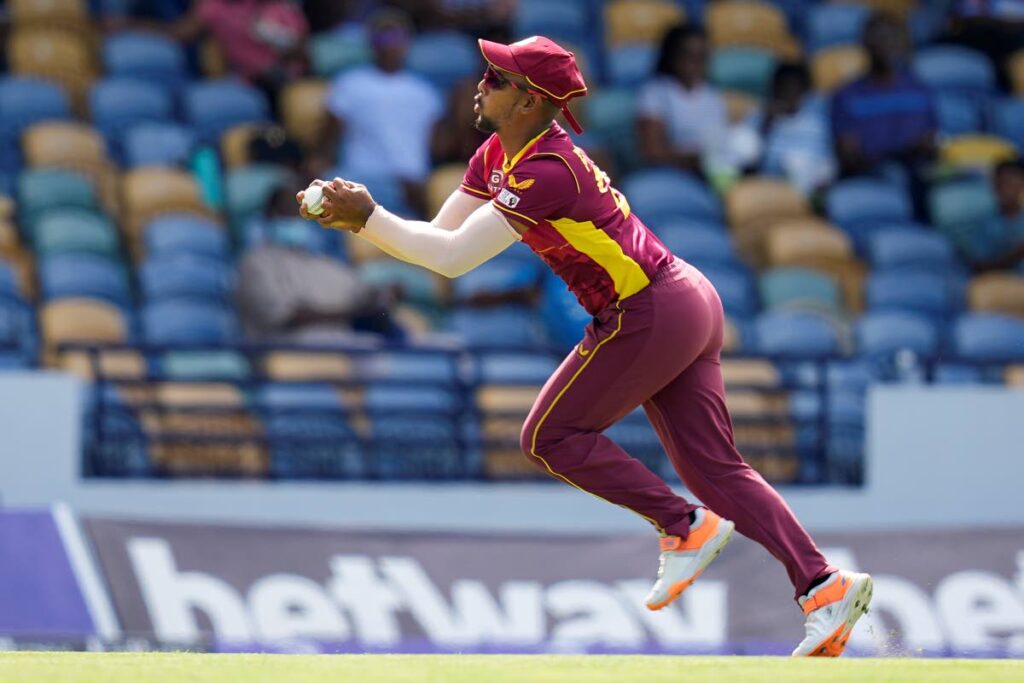 Sent in to bat, the Kiwis had a fair start from their openers Finn Allen (25) and Martin Guptill (24) before Allen fell with the score on 41, caught by Nicholas Pooran, running back from extra cover, off Akeal Hosein’s left-arm spin.

Hosein struck again, twice, as he had Guptill snapped up by Kyle Mayers at slip and then Devon Conway (four) sweeping to Shamarh Brooks at deep midwicket, to leave New Zealand on 63/3.

Fast bowler Alzarri Joseph snagged the next two wickets as he had Daryl Mitchell (20) trapped in front his stumps and skipper Kane Williamson (34) caught behind by Shai Hope.

At 122/6 with 30 overs gone, WI buckled down and removed the remaining four batsmen for 68 runs.

Among them, ODI debutant and TT leg-spinner Yannic Cariah got his first wicket, Michael Bracewell, who scored 31 from 33 balls.

Hosein however, was the pick of the bowlers as he bagged 3/28.

WI chase 191 for victory. A series win here guarantees WI an automatic spot in next year’s Cricket World Cup in India. The other two matches in the series will take place at Kensington Oval on Friday and Sunday.

“A fine would be much better!”; Malick appeal points deduction for late registration

Eve: “This tournament worked for us”; T&T coach points to positives after 2-1 loss to Thailand