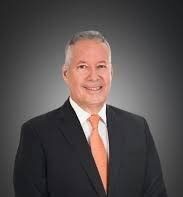 WILLIAM A Ferreira, honorary consul for Portugal, was elected dean of the Consular Corps of TT for a one-year term at its annual general meeting held, on December 1.

Ferreira is the son of Ignatius Ferriera, one of the longest serving deans of the consular corps.

Ferreira holds a Portuguese President's Medal of Merit and a Order of St John by the Queen.

He is a Fellow of the Chartered Management Institute in the UK and chairman/CEO at Furness Trinidad, executive chairman at Furness Anchorage General Insurance; and chairman and commander at the St John's Ambulance Brigade and Association.

Last year, Ferreira was named honorary consul for Portugal, another role long held by his father.