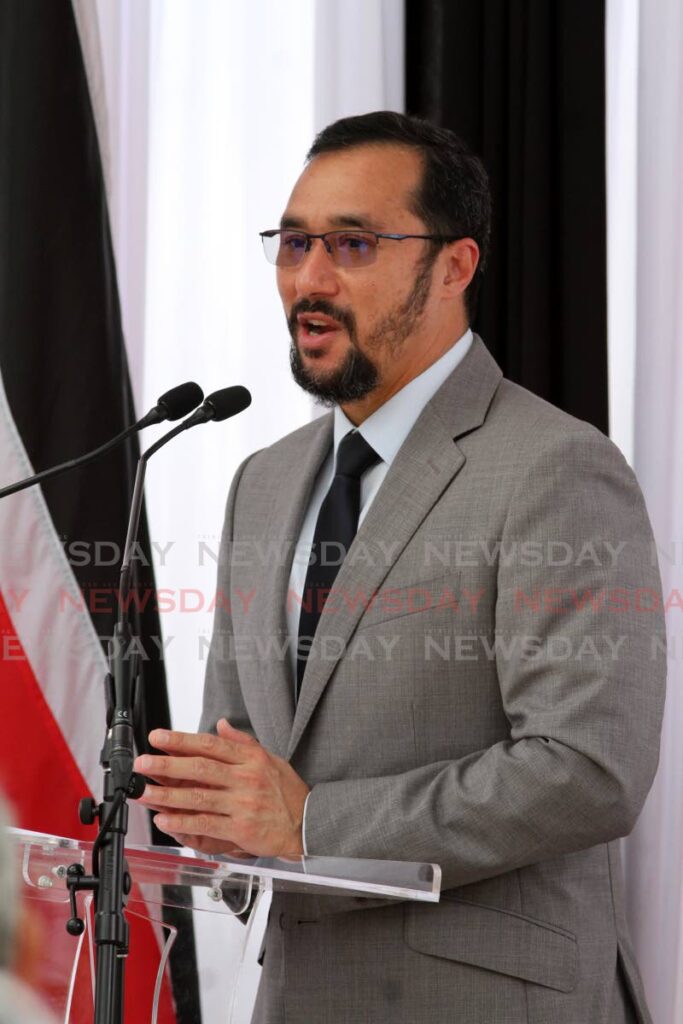 These are the Coho and Cascadura wells.

In a tweet on Wednesday, Young said, "Looking forward to good news from @TouchstoneExp in the not too distant future on its onshore first gas production (Coho) and pushing for more to come by year end. Met with (Touchstone president) Paul Baay and @MoonXav (exploration manager Xavier Moonan) this morning as we continue to work to increase production in TT."

A ministry statement said in Young's continuing engagements with key energy stakeholders, he had Baay at the ministry.

"The discussions focused on Touchstone’s work programme and specifically the Coho and Cascadura wells. The parties also discussed potential future exploration and production."

He said Coho and Cascadura wells are conventional gas developments onshore in Trinidad and Tobago and both in block Ortoire.

"Paul Baay estimates that both blocks will flow both liquids and gas for many years to come and provided details as to planned future drillings."

Young was pleased with the updates and expressed the continued willingness of the Government to work with Touchstone.

The Touchstone Facebook page displayed an article on the website proactiveinvestor.co.uk, dated last Monday. This reported Baay's pleasure that the Environmental Impact Assessment (EIA) at its Cascadura well has been completed. He was quoted as saying the impact of this news will be "huge" going forward and he was very optimistic that now good relations have been established with the Environmental Management Authority, the way has been paved for "the next ten years."

The same website cited him as reporting "good headway" on the Coho asset.

It said, "Coho will be the first new onshore natural gas project to come onstream in in TT for 20 years. In that context, a short delay shouldn't mean very much. Nevertheless, Baay explains that the biggest challenge has been that three different parties are tied into the project and redesign changes pushed the project back by a month."

The article said while Baay admitted to being downbeat about timelines, he reiterated: “We are making progress.”