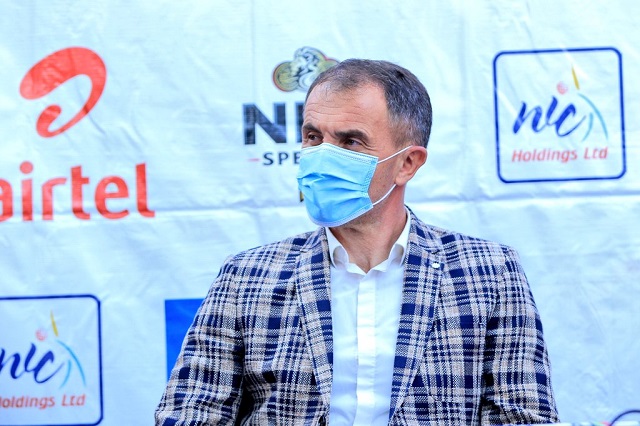 Kampala, Uganda | THE INDEPENDENT | The Uganda Cranes Head Coach, Milutin Sredojevic Micho is hopeful that his side picked lessons from their loss against Algeria and will make amends when they host Niger in their second game of the Total Energies African Cup of Nations-AFCON qualifiers on June 8th, 2022 at St. Mary’s stadium in Kitende.

Uganda Cranes started its African Cup of Nations- AFCON qualifiers campaign on a low note after falling to Algeria 2-0 in Algiers on Saturday night. According to Micho, his side tried to create an early opportunity but Farouk Miya’s failure to convert a penalty in the first half lowered the morale of the other players for the entire first half.

The gaffer believes that the game was a good test for the Uganda Cranes as they look forward to hosting Niger. He says that despite the fact that Algeria was a far better side, his players tried to control the domination but they finally fell to the brilliance of Algeria’s forwards.

Uganda Cranes are currently sitting at the bottom of Group F with no point while Niger is third in the group with one point after holding Tanzania in one all- draw at Stade de I’Amitie. Uganda Cranes is in its campaign to return to the continent’s biggest football competition after failing to qualify in the last edition of the championship. A win for Uganda in their next game will polish their hopes despite having a poor beginning.