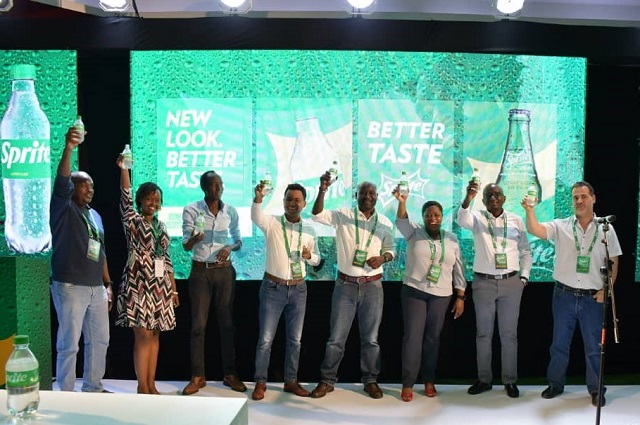 This shift from its green bottle means more Sprite bottles can be collected, recycled and reused to make new items – a move that is part of The Coca-Cola Company’s World Without Waste vision, which targets to collect and recycle the equivalent of every bottle or can it sells and use 50% recycled content in all its packaging by 2030.

“People in Uganda can enjoy a much better taste of their favorite sparkling lemon-lime drink knowing their bottle can be easily recycled and made into new items,” said Melkamu Abebe, the General Manager at Coca-Cola Beverages Africa in Uganda, during the launch on May 11.

“The shift from the green bottle to clear PET is a significant step in driving our sustainability agenda which is a key element of our business. We know that our vision for a World Without Waste is ambitious and can be challenging but together with our partners, we are committed to the course.”

He said this move also allows the company to work with partners in the recycling industry and with waste collectors and aggregators to achieve more value for our recyclable plastics.

The Clear PET can be made into a wide range of new products, such as pillow and duvet inners, as well as into new bottles, making it more valuable than green PET, which has limited uses.

“The World Without Waste” strategy represents The Coca-Cola Company’s commitment to doing business sustainably which includes addressing the packaging waste challenge. Additionally, clear PET plastic contributes to economic empowerment as it will contribute to enhanced income for waste reclaimers in Uganda who depend on collecting and selling packaging waste for a living,” said Debra Mallowah, Vice President Coca-Cola East and Central Africa Franchise.

Since its launch 60 years ago, Sprite has been known for its green bottle and this marks a major milestone in its growth and sustainability in various markets.

With its presence in over 200 countries, including Uganda, Sprite’s new transparent look features a see-through bottle, refreshed icon of the brand’s bold Sprite ‘spark’ with a distinct label and bright green cover.

Uganda becomes the 5th African market to introduce the Sprite clear PET, after South Africa, Nigeria, Ethiopia and Kenya. CCBA is the 8th largest Coca-Cola bottling partner in the world by revenue, and the largest on the continent.

The company accounts for 40 percent of all Coca-Cola products sold in Africa by volume. With over 16,000 employees in Africa, CCBA services millions of customers with a host of international and local brands.

The group was formed in July 2016 after the successful combination of the Southern and East Africa bottling operations of the non-alcoholic ready-to-drink beverages businesses of The Coca-Cola Company, SABMiller plc and Gutsche Family Investments.