‘Economy expected to grow by 6.0 per cent’ 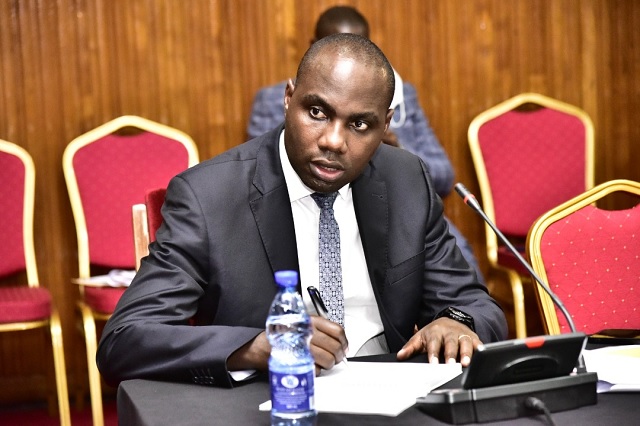 Kampala, Uganda | THE INDEPENDENT | Uganda’s economy is projected to grow at six per cent in the next financial year 2022/2023, according to the Minister of State for Finance in charge of General Duties, Henry Musasizi.

Musasizi who was on Wednesday, 25 May 2022 appearing before the Committee on National Economy over the state of the economy, said that the growth will be propelled by the oil and gas sector following the signing of the final investment decision.

Musasizi also said that emphasis on the Parish development model (PDM), the small business recovery fund and emyooga will be key in steering the economy.

He said although the world is just opening up and several economies are getting back to their feet, Uganda’s economy has shown resilience even through the tough times of the pandemic by continuing to register positive growth.

According to Musasizi, data from the Uganda Bureau of Statistics (UBOS) shows Uganda’s economy grew by 3.5 percent and 5.2 per cent in the first and second quarters of 2021/22, compared to a decline of 0.7 per cent and 0.4 per cent respectively in the previous financial year.

Musasizi noted that the government is putting in place initiatives to provide social protection and increase production domestically to mitigate the negative effects.

“Some of the short term initiatives include continued provision of affordable credit to businesses, producers, service providers and investors through the small business recovery fund, emyooga, Uganda Development Bank and Uganda Development Corporation. The government will continue to support our farmers to grow more food, vegetable seeds and cereals to ensure sufficient domestic supply,” Musasizi added.

Members of the committee, however, questioned Uganda’s projected economic growth saying it is not reflected on the ground as people are going hungry amid the increasing prices.

“We don’t see the growth that you are talking about when people are sleeping hungry; let us concentrate on priority areas that can give us a return on investment. People see us mortgaging the economy, borrowing and it is very hard to explain it to their satisfaction,” she said.

MPs also urged the government to intervene in the current high fuel and commodity prices which they said, were affecting the common man.

The Vice Chairperson of the committee, Robert Migadde said government needs to investigate the unregulated rise in the fuel prices adding that the dealers who are businessmen could have escalated the price of fuel.

“If the increase is by Shs200, one is going to increase by Shs600.  We are calling upon the government to lift the veil as far as these dealers are concerned. Because it is not government setting these prices; without reducing tax, without providing subsidies, can’t the government come in,” Migadde said.