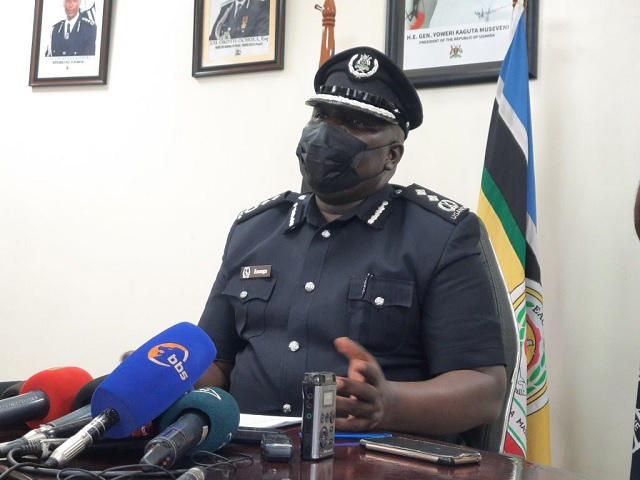 Kampala, Uganda | THE INDEPENDENT | Old Kampala Police Division has summoned two former teachers at Lubiri Secondary School in Kampala in the ongoing investigations into the fire outbreak at the school dormitory last week. Information from the school indicates that the fire broke out in Ssekandi dormitory around 8:45 pm on Thursday while students were away for night preps.

“I wasn’t at the school at that time, but we were told that the fire was contained as it was spreading to the eastern side of the dormitory. Unfortunately, some of the student’s properties, especially mattresses and books were destroyed that night. But good enough no student was injured,” a teacher told our reporter on condition of anonymity.

Police spokesperson Fred Enanga says that preliminary police findings indicate that the fire was deliberately started. “The investigations indicate that it was arson because the fires erupted from different spots within the dormitory and not from one spot. This means somebody carefully set the fire at different spots,” Enanga has said.

Without revealing more details, Enanga explains that whereas no suspect has been arrested yet, he said that they have summoned two teachers who were expelled by the school administration for questioning in connection to the fire. He explained that the two teachers threatened revenge because of the termination of their contracts.

In a related incident, police say there was another fire at Stella Maris College Nsuube in Nkokonjeru in Buikwe district over the weekend. The fire gutted Our Lady of Fatimah dormitory despite efforts by the residents and school staff to contain the fire. According to Enanga, the damage had already been done by the time the police fire and rescue services team was called in.

In the first two weeks of school reopening this year, fire gutted a number of schools in Kampala, Kyotera, Wakiso, Kamuli, and Mayuge districts. At least five children lost their lives in the inferno at New Crest Junior at Kawempe division in Kampala and St John’s Nursery & Primary school in Kyotera district.

In his report about the incidents, the police director for fire and rescue services Assistant Inspector General of Police Joseph Mugisa, said the majority of the school fires were deliberate. “Majority were as a result of suspected deliberate action by unknown people,” Mugisa said.