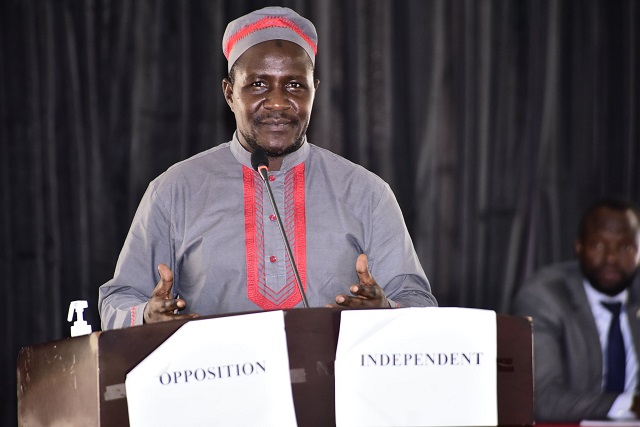 Kampala, Uganda | THE INDEPENDENT | The Justice Forum party-JEEMA is mooting for a proportional representation electoral system to promote equality in the elections.

The Proportional Representation-PR is an electoral system where the number of seats won by a party or group of candidates is proportionate to the votes received by the respective party or candidate that participates in an election at a given level.

Under this system, each party puts up a list of candidates also known as a slate equal to the number of seats in the district or the whole country. On the ballot, voters indicate their preference for a particular party and not an individual candidate, and the parties then receive seats in proportion to the share of the vote.

While launching the Proportional Representation-PR agenda, the party chairman Muhammad Kibirige said that the system will promote democracy in the country and put an end to the individualistic tendencies of some politicians.

According to Kibirige, the system shall aid the growth and development of parties.

Recently, a section of members of the National Resistance Movement-NRM party initiated talks about a Parliamentary system of governance under which Members of Parliament individually elected by constituents would cast their vote on their behalf and on behalf of their electorate to elect the president.

Kibirige says that this system is still unfair and doesn’t help political parties to grow since from the start, Members of Parliament are elected as individuals, and candidates who do not get majority votes alongside their voters miss out completely.

The proportional representation system is also thought to be a solution to the high level of commercialization of politics, especially as individuals campaign for votes, something that has forced would-be political candidates to give up their bids for lack of the required financial muscle.

A 2013 study found that Uganda had the seventh-highest inflation rate in 2011 globally and this was associated with the high spending on campaigns and other political activities.

Asuman Basalirwa, the President of JEEMA says that this system if adopted by Uganda shall correct several electoral injustices and promote equality in the politics of this nation.

He says the current system where after elections there is one winner doesn’t recognize the choice of voters who preferred candidates from political parties other than that of the winner.

He referred to the recent general elections where the National Resistance Movement party-NRM dominated the Parliament despite other parties participating in the elections and collecting numerous votes.

JEEMA thinks that Uganda can adopt the Proportional Representation-PR system and agree on modalities for its implementation. Some models of this system include sharing executive powers like the case is for Israel. In Israel, the cabinet is made up of both Israelites and the minority Arabs since each party is allocated positions in the cabinet depending on the proportion of votes secured in the election.