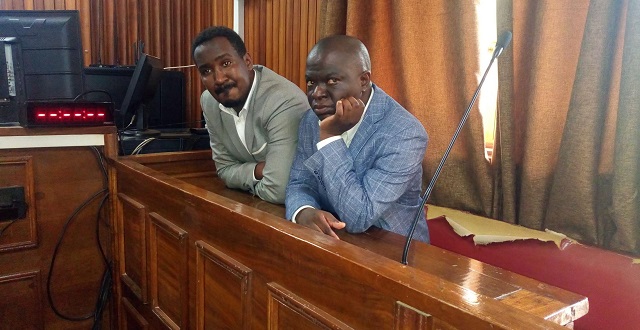 Ssemujju called for release of MPs Ssegirinya and Ssewanyana

Kampala, Uganda | THE INDEPENDNET | Opposition Members of Parliament on Tuesday renewed their demand for the release of incarcerated MPs Muhammad Ssegirinya and Allan Ssewanyana.

Among asked MPs to provide accountability to their constituents in the first year of their term.

However Kira Municipality MP, Ibrahim Ssemujju Nganda said that the accountability sought by the Speaker only applies to the MPs attending Parliament. He wondered how Ssegirinya, the Kawempe North MP, and Ssewanyana, representing Makindye East would account to the voters given that they have spent eight months in prison.

Ssemujju questioned why the two MPs had not been granted bail.

Kiwanuka said that he is constrained to discuss the issue because the matter is already in court. The Speaker directed Kiwanuka to present a report on the status of cases against the incarcerated MPs.

Ssegirinya and Ssewanyana are facing several charges including murder, attempted murder, aiding, and abetting terrorism. They have severally been denied bail by the courts and in November 2021, the Chief Magistrates Court in Masaka committed the two to the High Court for trial.

They were arrested on September 7, 2021, and are accused of masterminding the machete killings in Masaka sub-region last year. They have since been on remand at Kigo Prison facilities in Wakiso district.

Atkins Katusabe wondered whether security forces still hold the Uganda Constitution high. He described the arrest of Besigye as inhumane and degrading.

The Speaker criticized the manner in which Besigye was arrested saying that it was brutal and incorrect. He asked the Attorney General to follow up on the issue with security organs to ensure that human rights are respected at all times.

Dr. Besigye was arrested on Thursday last week following his attempt to stage a walk-to-work protest in regard to the high commodity prices. He is currently under house arrest in Kasangati.