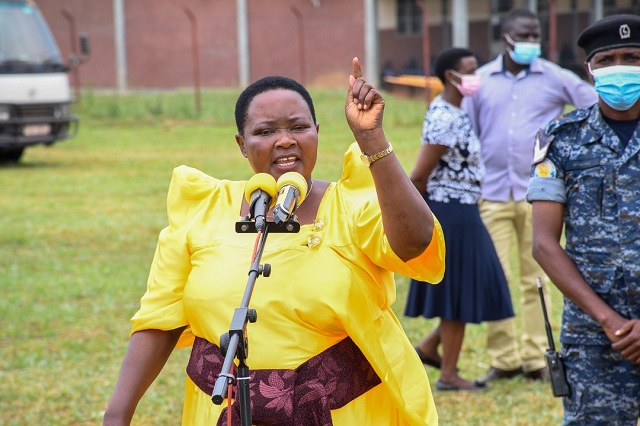 Nakaseke, Uganda | THE INDEPENDENT | Prime Minister Robinah Nabbanja has apologized to residents and leadership of Nakaseke district over the delayed upgrade of Luwero-Butalangu road, Butalangu-Kapeeka-Kituuma, and Kapeeka-Kisuule roads among others.

She was responding to complaints raised by residents and Nakaseke district officials led by the LCV chairperson, Ignatius Koomu Kiwanuka in a meeting held in Kiwoko town council on Tuesday. Koomu noted that despite the repeated government pledges to upgrade the roads, to date nothing has been done.

In 2018, the OPEC Fund for International Development extended a loan of US$11.5 million as co-financing for the upgrading of Luwero-Butalangu road estimated to be 29.6 kilometers. The road connects residents of Nakaseke district to Luweero and Kampala-Gulu highway. The government also promised to upgrade Butalangu-Ngoma, Butalangu-Kapeeka-Kituuma, and Kapeeka-Kisuule roads among others.

Mayanja says that the poor road network has affected the movement of people, goods and services from the district.

Allen Kagina, the Executive Director of Uganda National Roads Authority admits the delayed upgrade of the roads citing design reviews and inadequate funding from the government. She however revealed plans to embark on the upgrade of Luwero-Butalangu road by November this year.

Justine Lumumba Kasule, the General Duties Minister said that Nabbanja decided to meet the leaders together with UNRA officials to give them assurance that this time around, the roads will be upgraded to stop the public outcry and promote service delivery. Nakaseke district manages over 1,227 kilometers of roads while UNRA manages 338.5 kilometers. However, only 12.5kilometers of the 338.5 kilometers are paved.