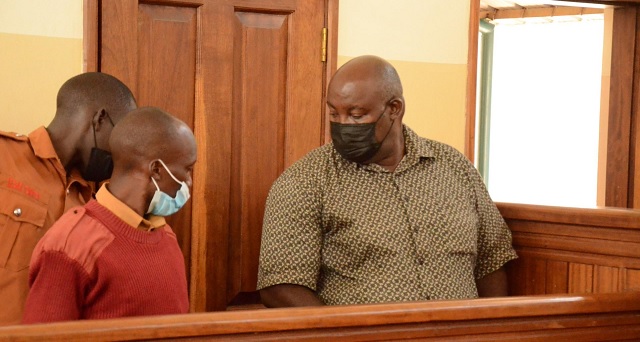 Ntoroko, Uganda | THE INDEPENDENT | Ntoroko Chief Administrative Officer-CAO Anselim Kyaligonza spent the night behind bars after failing to secure bail due to the lack of substantial sureties. Kyaligonza appeared before Fort Portal Chief Magistrate Moses Kule Rubangura on Tuesday on charges of forgery.

He was charged with ten counts of forgery relating to the illegal appointment of several civil servants using various forged extracts from the minutes of the district service commission. Kyaligonza pleaded not guilty to the charges and applied for bail through his lawyer, Victor Businge noting that he was diabetic, and needed medication.

He presented John Katotoroma, the CAO of Kabarole district, and Edward  Muhimbo, his brother-in-law and town clerk of Mbasana town council as his sureties. However, when the court adjourned for lunch, Kyaligonza presented three sureties and dropped Muhimbo for undisclosed reasons.

The State Attorney Andrew Kasaija rejected the new sureties and accused the defense lawyer of ambushing the court without applying to the court to introduce them, adding that he needs more time to conduct an inter-agency verification of their details.

As a result, Lubangula adjourned the matter to June 8th to allow him verify the substantiality of the new sureties.