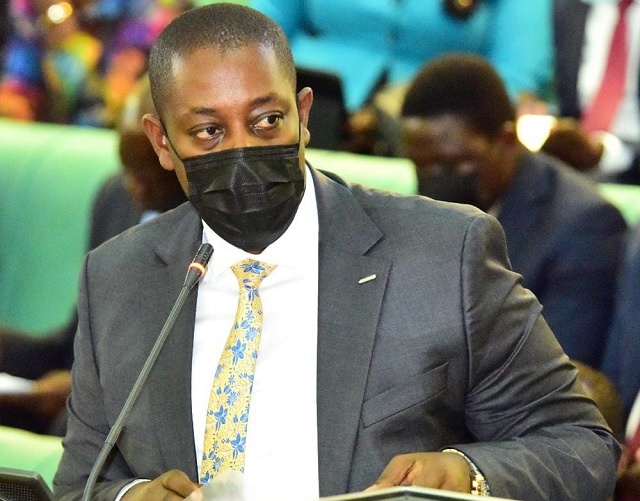 Kampala, Uganda | THE INDEPENDENT | Parliament has observed that the variation in the acreage of land allocated to different investors at Nakawa-Naguru by Uganda Land Commission (ULC) connotes the existence of intentional fraud.

The Adhoc Committee of parliament, which has been investigating the distribution of 82.05 acres of Nakawa-Naguru land in its report to parliament, reveals that whereas lease offers of less acreage were communicated by the Secretary to the Commission, there were no minutes availed to support such reductions or variations in sizes connoting the existence of fraudulent intent.

Dan Kimosho, the committee chairperson presented the report to parliament on Wednesday and the House adopted it. Parliament learnt that the certificates of title issued to the investors indicated less or more acreage of land offered but with no explanation.

In their explanation during the committee investigations, ULC officials explained that due to the very many applications and directives at hand for the scarce resource, they made several adjustments to the allocations with no justifiable reason.

Phaneroo Ministries International, Seven Hills Apartments Ltd and Arab Oil Supplies and Exploration Ltd received more acres of land than what was communicated to have been allocated to them. These received offers of 4 acres each contrary to the allocated 3 acres.

“No Uganda Land Commission Minute was availed to the committee to explain these variations, similarly, some allocates protested the variations as no explanation was given them,” Kimosho emphasizes.

He observes that these variations expose the government to a very serious legal risk which could result into litigation in courts of law and as a result lead to loss of funds.

Parliament approved the Committee recommendation that the Secretary to ULC, Barbara Imaryo be held liable for altering the size of the acreage without a commission minute to the effect.

MPs recommended that allocations and lease offers should only be communicated to potential lessees upon proper ascertainment of the size of the parcels allocated to them.

All private beneficiaries of the Nakawa – Naguru land were required to pay rent, premiums and stamp duty following assessment by the Chief Government Valuer. Kimosho says that ULC realized 10.28 billion Shillings as Premium and 468.3 million Shillings as ground rent.

He also revealed that institutions such as the Uganda Heart Institute, National Library, Nakawa Division Headquarters, St. Stephens Church, and Ntinda Wholesalers, Virginia Internal Medicine never paid premium as they were given a waiver by the former Minster of Lands, Betty Kamya who wrote to ULC to waive off the Premium and ground rent but they were issued peppercorn leases.

Speaker of Parliament, Anita Among directed the Third Deputy Prime Minister, Rukia Nakadama to take action on the House recommendation and government to report back in two months.