Parliament wants cabinet to reverse merger plans for some agencies 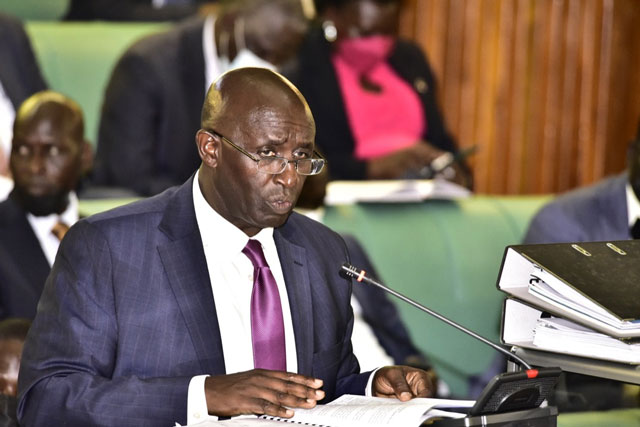 Kampala, Uganda | THE INDEPENDENT | The Adhoc committee set up by parliament to review the proposed merger of several autonomous has asked the cabinet to reconsider the decision on some agencies. This is part of the recommendation in the Adhoc committee reports presented to the house by the Bukanga County Member of parliament, Nathan Byanyima Tuesday.

On February 22, 2021, Cabinet resolved to merge, mainstream and rationalize Government agencies, Commissions, Authorities and Public Enterprises to enable efficient and effective service delivery.  The process started with the abolition of the Rural Electrification Agency (REA), whose function and budget reverted to the Ministry of Energy. As a result, some of the affected agencies petitioned MPs on grounds that there was no clear justification for the rationalization exercise and that it was likely to have a negative impact on service delivery and the economy.

Now in its report, the Adhoc committee agreed with the government to retain some institutions like the Bank of Uganda, Uganda Revenue Authority, Uganda Development Bank, Financial Intelligence Authority, Housing Finance Bank, Development Finance Company of Uganda, and National Social Security Fund among others as semi-autonomous due to their vital role in the socio-economic transformation of the economy. However, the committee noted that they had found a number of areas where the rationalization would have negative effects on the economy and undermine the momentum for socio-economic transformation.

The committee recommended that government maintains the Uganda National Roads Authority (UNRA) and Uganda Road Funds as semi-autonomous agencies for the management of roads in the Country.  Cabinet had resolved to mainstream UNRA and URF under the Ministry of Works and Transport. Defending their recommendation, the committee chairperson said that UNRA has built capacity in the area of road design and supervision, adding that many projects are currently supervised by UNRA engineers, something that has saved the country huge sums of money that used to go to foreign consultants.

He also recommended that the Pride Microfinance Bank and Micro Finance Support Center are merged to form one strong credit institution that targets small businesses and groups both in rural and urban centres who cannot qualify for credit from the many commercial banks that charge high-interest rates. The committee noted that the merger would create the impetus vital for transforming subsistence households into money economy participants.

Reacting to the committee report, the Speaker of Parliament, Anita Among, said that the decisions taken by parliament will have further-reaching consequences, adding that they will need sober judgment in every resolution taken.

Among said that there is a need to be mindful of the legal regime regarding the different agencies that government and the committee report seek to merge.  She gave the minister two months to harmonies with Cabinet and report back to the House, which will eventually make a decision.

Government has in the past argued that the mushrooming agencies have become a major strain on the national treasury at the expense of effective service delivery. The other argument fronted by the government was the salary disparity between agency employees on one hand and the traditional civil servants in Government Ministries for the same cadre of employees.

Earlier in 2017, President Yoweri Museveni raised concern about the existence of several agencies which, he said appeared to be duplicating the roles of government departments and were a burden on the treasury with undifferentiated and overlapping roles.

The Ministry indicated that the proposed rationalization, merger and mainstreaming of agencies would yield an annual saving of Shillings 998.12 billion for the government. Cabinet embraced the recommendation and approved an implementation roadmap for the process in a phased manner to spread over a period of two financial years 2021/2022 and 2022/2023.