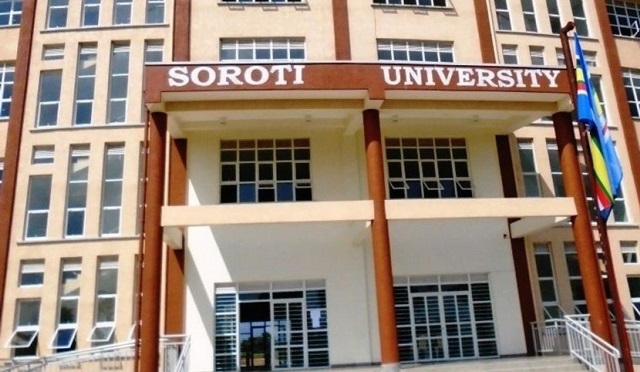 Soroti, Uganda | THE INDEPENDENT | The embattled Soroti University secretary, Ruth Achimo Etibot has run to the State House Anti-Corruption Unit seeking redress in a matter that has kept her out of office for almost four years. Achimo cites malice and irregularities in the case where she was prosecuted in the Anti-Corruption Court in 2019, for abuse of office and diversion of public funds.

Her troubles started after an internal audit at the university revealed misuse of one billion Shillings in 2018. The said money was reportedly mismanaged in double payments to lawyers, contractors, and university secretary in court damages.

As a result, Achimo and four other university officials were arrested and arraigned in court. They included the Assistant Estates Officer, David Omeke, the Internal Auditor James Odongo, the Acting Bursar Gilbert Otim, and the Acting University Secretary Samuel Omoding. But in her letter to the Anti-Corruption Unit, Achimo says that there has been selective prosecution and management of the university staff by the Directorate of Public Prosecution- DPP.

“Four staff members who were arraigned before the Anti-Corruption Court, Kampala, pleaded guilty to abuse of office, causing financial loss, and conspiracy to defraud and had their cases dropped by DPP. Ref: Criminal Case No. 149/2019 Uganda Vs Omeke David, Odongo James, Otim Gilbert, and Omoding Samuel. One staff member who stole and sold a bull, which belonged to the University has never been prosecuted”, she notes in her May 16th, 2022 letter.

According to Achimo, the chairperson Soroti University Council should not have requested the audits without the knowledge of other council members since he did not have the legal mandate to do so. She notes that the audit reports were irregularly procured with the existence of premeditated malice towards her office.

She adds that she was the only one faulted, despite not being a member of the Contracts Committee for signing the Service Legal Agreement for M/S Okurut & Co Advocates. She however notes that much as the charges against her were withdrawn, she has not been reinstated to her office.

“The withdrawal of the charges was concealed from the court and my lawyers for unknown reasons. My lawyers petitioned DPP on the same but no action was taken by DPP. However, my private investigator has now established that the withdrawal still stands and is reflected in DPP’s system. In the same breath failure to tender the withdrawal of charges should be taken as malice against me”, Achimo concludes in her letter before asking the unit to intervene.

When contacted by our reporter on phone, Achimo said that she has not received any feedback from the unit regarding her complaint of malicious prosecution. She added that under the Public Service Standing Orders 2010 Section (f) to (s), and 8 (a – b), an interdiction is not required to exceed six months before the decision is reached.

According to Achimo, the process of her prosecution in 2019 was inspired by malice, procedural irregularities, and illegalities. When contacted, Owen Achunwire, the State House Anti-Corruption Unit spokesperson said that the unit doesn’t discuss details of the case reported until a decision has been made on the same.