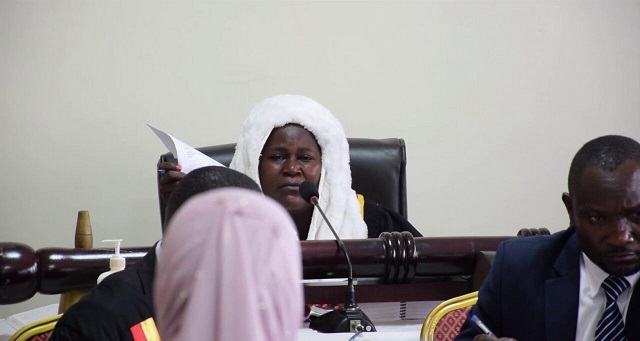 Mukono, Uganda | THE INDEPENDENT | The Speaker of Mukono District Council, Betty Hope Nakasi has clashed with the LC5 chairperson, Rev. Peter Bakaluba over the appointment of the District Service Commission chairperson.

The controversy started after the chairperson presented the name of Idris Badru Ssemakula for approval as District Service Commission-DSC chairperson to replace Stella Margret Kiondo, who was rejected by the Public Service Commission after receiving complaints from residents questioning her integrity.

Bakaluba went ahead to nominate Kiondo as a member of the commission. However, the speaker proposed that Kiondo be given a chance to serve as the chairperson on grounds that the public service commission returned her name without investigating the claims leveled against her.

Rev. Bakaluba rejected the proposal, saying that there was no need to waste time on people with tainted names yet the district has several people, straight people with integrity.

Currently, several departments of the district are struggling with inadequate staff due to the absence of the district commission. In the previous council, Mukono district council rejected a proposal by the executive committee to hire the District Service Commissions of Kayunga or Buikwe to recruit staff as they wait for their own. Councilors rejected the motion on grounds that it is a waste of resources while others feared that many of their people could miss out on jobs.