UNBS warns consumers to check for quality, quantity as prices shoot up 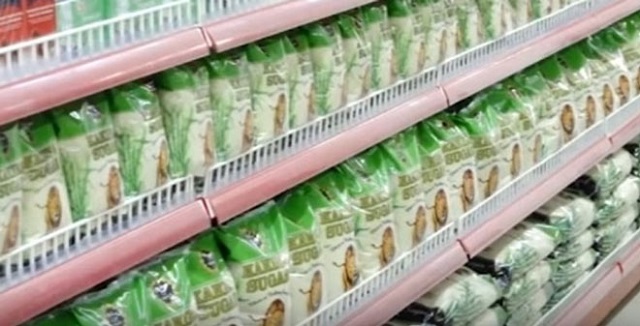 Ugandan sugar in a supermarket. Consumers advised to look out for quality and quantity

Kampala, Uganda | THE INDEPENDENT | The Uganda National Bureau of Standards-UNBS has cautioned the public against deceptive traders who are taking advantage of the unstable commodity prices to fleece them.

UNBS is concerned that many consumers are already falling victims to unscrupulous traders who are taking advantage of rising commodity prices in the country to either overcharge or manipulate the quantity and quality of commodities on the market.

Engineer John Paul Musimami, the Deputy Executive Director in Charge of Compliance at UNBS advises consumers to get more vigilant while purchasing goods from suppliers to ensure that they get the right quantities and the quality they pay for.

He indicates that their inspection teams have learned of a trend of deceptive traders who are fond of cheating clients by making them purchase commodities at prices that are higher than they indicate on the display boards.

Musimami cited fuel dealers who display prices that are totally different from what they actually charge clients.  He advises that while they engage the relevant Ministries and government departments to find a lasting solution to the habit in the business sector, the consumers also ought to be more vigilant and shun such dishonest traders as a possibility of stamping them out of business.

Jackson Mukisa, the Inspector in Charge of Standards and Measurements also indicates the deception habit has also been cited among traders of basic household communities, especially those that are prepackaged, whose quantities are compromised.

He asked consumers to always pay attention to every detail indicated on the packages of the commodities they purchase and always report any form of falsification they may detect for possible actions.

Engineer Musimani, says that the Bureau is currently working on amendments in the 1965 Weights and Measures law, to reinforce their field operations as well as cater for the latest measurements equipment that was not captured in the current law.

He explains that besides making the law more punitive to offenders, the proposed amendments also intend to create uniformity with the East African community and international measurement standards.