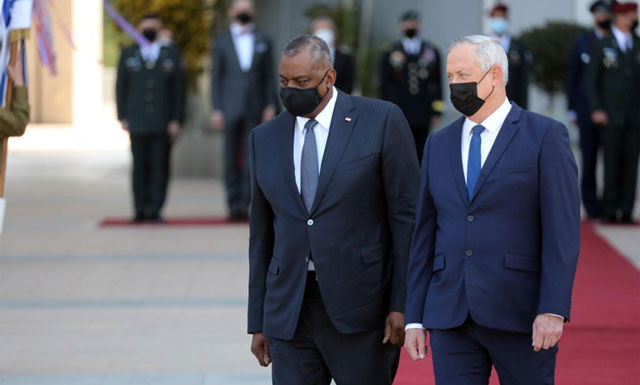 US defence chief Austin (left) made phone call to Moscow

Washington, US | Xinhua | U.S. Defense Secretary Lloyd Austin and Russian Defense Minister Sergey Shoigu spoke over the phone on Friday, marking the first call between the two since Russia launched the special military operation in Ukraine.

Pentagon Press Secretary John Kirby said in a brief statement following the call that Austin “urged an immediate ceasefire in Ukraine and emphasized the importance of maintaining lines of communication.”

Kirby said the last time Austin and Shoigu spoke to each other was on Feb. 18.

U.S. Chairman of the Joint Chiefs of Staff Mark Milley is expected to reach out to his Russian counterpart, Valery Gerasimov, to request a phone call, according to a CNN report citing a U.S. defense official. The two last spoke on Feb. 11.

In a brief statement issued on Friday, the Russian Defense Ministry said Shoigu and Austin discussed topical issues of international security, including the situation in Ukraine. ■