With budget done, Speaker Among prorogues parliament after 100 sittings 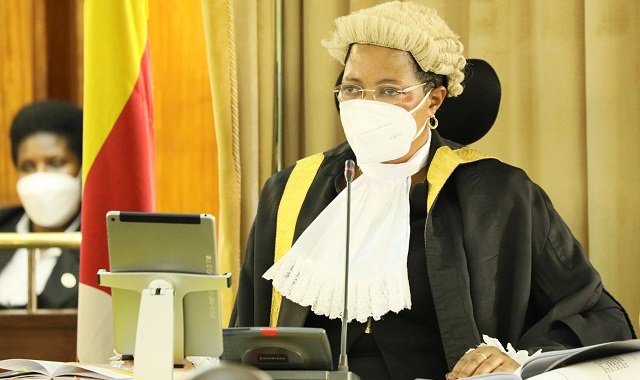 Kampala, Uganda | THE INDEPENDENT | Speaker Anita Among Annet on Friday afternoon prorogued Parliament after discussions on the Annual Budget Estimates for FY 2022/23, marking the end of the First Session of the 11th House with effect from May 20th 2022.

Parliament will reconvene next month when President Yoweri Museveni will deliver the State of the Nation Address and officially open the second session of the 11th Parliament.

The President will also present to Parliament Government’s key priority areas for the subsequent year.

Among said the first session of the 11th Parliament started on May 24th 2021, and briefed the House on their major achievements during the course of the first year of their five-year tenure.

She revealed that in the period under review, the House conducted 100 sittings, administered 555 oaths, passed 24 bills out of which two were withdrawn while two are pending, adding that 62 Resolutions were made and two borrowings endorsed.

Article 95 (3) of the Constitution of the Republic of Uganda provides that the Speaker  by proclamation, may, after consultation with the President, prorogue Parliament.