Chinese people which prefer fresh meat should be very upset when the government banned the slaughter and sale of live poultry in traditional markets.

The Coѵīd-19 pandemic is thought to have originated in a market in Wuhan City, where wild animals such as porcupines, deer, and bats are sold and slaughtered on site for food and medicine.

Foreign experts sa‌y that traditional markets sell live animals to create favorable conditions for the vir‌us to spread from animals to humans, because the areas are quite close to each other and often unsanitary.

However, for most people in China and across Asia, the market is just a place to buy fresh food, like chicken, pork, fish or vegetables at affordable prices.

In the past, Chen Yu used to take a short walk to the local market to buy fresh food. Now, if she wants to cook a perfect soup or a stew duck for a family gathering, she will have to take two buses to the supermarket in the city center to buy food.

“The market in my residential area has now stopped selling live animals and poultry. In the past, just going to the market, pointing to a duck or a chicken, the seller would directly cut them on the spot for you. The advantage here is simply that the food is completely fresh. ”

Most Chinese consumers have the perception that only the markets for agricultural products and seafood, where they are witnessed and sold, are fresh, and supermarkets often only have frozen foods. Now the ban has been enacted making Chinese people feel discontent and dissatisfied. 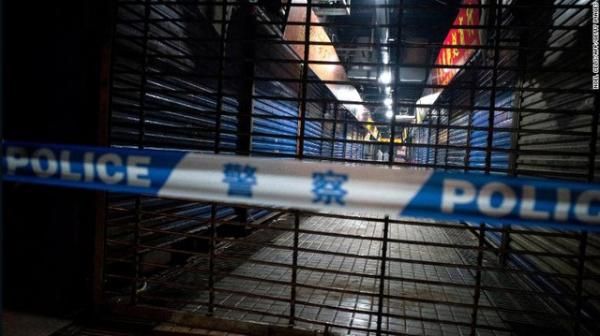 South China Market in Wuhan, Hubei Province, China is closed because it is believed to be the source of the Coѵīd-19 epidemic. Photo: Getty

Traditionally, Chinese people have long preferred fresh food, preferring to go to the market several times a week to buy meat, fish and vegetables instead of going to the supermarket to shop for the whole week. But in recent years, following the global trend, traditional markets have gradually weakened against the development of supermarkets, especially for young consumers.

The ban on movement during a pandemic pushed people further away from markets. Online grocery stores become a daily staple when most Chinese are forced to stay at home.

Eliam Huang, an analyst at Coresight, said the disease forced consumers to adapt to trends that, if not in this situation, they would hesitate to try. "The crisis makes people better prepared for the future of technology," she said.

But for now, encouraging people to stop shopping at traditional markets is not a viable solution. University of Sydney’s environmental and humanitarian engineer, Peter Matous, says traditional markets play an important role in food security for low-income communities both in China and across the globe. People, for many reasons, cannot shop online.

"Eliminating the traditional market may give people the illusion that the cause of the current situation has been resolved, but the real problem is much deeper than that," he said in an email.

Many experts agree that ending the illegal animal trade is the most important measure to prevent the next pandemic - and that means stricter regulations are more strictly enforced. , especially at the local level.

The government is in

This is not the first time live poultry markets have been ordered to close. Earlier, the 2003 SARS epidemic was linked to the civet trade in Guangdong province.

After the SARS epidemic, authorities in several provinces tried to deal with wildlife trafficking, banning the sale of some animals such as civets and snakes, but many bans were not enforced or silently removed.

“In China today, more than 70% of meat, poultry, seafood, fruits and vegetables enter the market through wholesale agricultural markets. Currently, China has more than 4,100 wholesale markets nationwide, ”he said.

Sanchez finished the match against Bayer, despite the injury
Solskjaer is the fifth coach with whom Manchester United reached the semi-finals of the European Cup
Manchester United are set to buy Sancho this summer despite Borussia's claim that he is staying
Shirokov beat the judge at an Amateur tournament: promised that # # # # # [vdarit] for a red card-and # # # # # [vdarit]
Brunu has scored 11 goals in 20 games for Manchester United. 7 of them were penalties
Lukaku has scored in 9 consecutive Europa League games. This is a tournament record
Konstantinos Tsimikas: Liverpool is the biggest club in the world. I supported them as a child
Source https://en.xaluan.com/modules.php?name=News&file=article&sid=2854001

Mr. Trump considers banning the repatriation of US citizens suspected of being Covid-19