Only few hours to Manchester United won 4th place in the Premier League standings, Chelsea reclaim their place thanks to a 3-0 win over Watford.

Before Chelsea took on Watford at home, Man Utd and Leicester all won, which put pressure on Chelsea. Lampard’s team also needs a victory to regain the 4th position and continue to chase Leicester.

Frank Lampard’s army won 3-0 against Watford. The Blues outperformed their opponents in every way, they controlled the ball 71% of the time, launched 21 times to finish, 9 times the ball hit the opponent’s goal. Watford only got 8 shots on the home team goal. Giroud helped Chelsea to open the game in the 28th minute. In the 43rd minute, Willian successfully completed the 11m penalty to increase the gap to 2-0. With a distance of two goals before entering the second half, Chelsea had a hand to win.

Stuck in the attack, Watford must receive an additional goal in injury time. Barkley made a mark on a day of competition that did not really stand out by scoring a 3-0 result. Victory against Watford, Chelsea rose to 57 points, regained the 4th position for Man Utd.

Defeat to Chelsea is nothing to regret for Watford, because they are obviously too poor compared to the home team. Nigel Pearson’s army still had only 28 points and one point more than the relegation group. If Aston Villa make a surprise against Liverpool on Sunday night, Watford will fall into the group to be relegated.

Despite playing at home, the Chelsea players are not in a hurry to speed up the match. The first dangerous opportunity of the home team created towards Watford’s goal came in the 19th minute, Giroud finished diagonally from the left in the penalty area, Foster saved the ball with his foot. 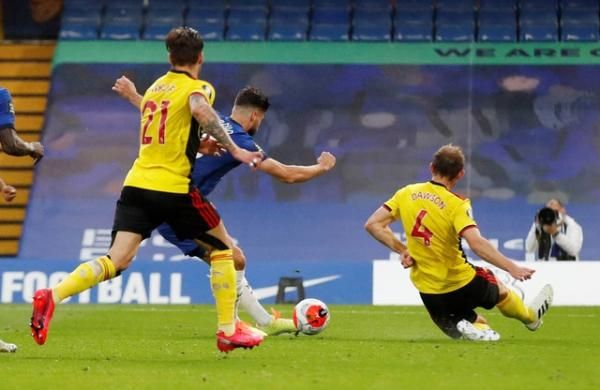 Giroud opened the scoring with a subtle finish

Having an open goal to help the Chelsea players more comfortable, their lines on the ball are therefore also sharper. After 43 minutes, Pulisic swung the ball in the box after a quick run which made Capoue pull him down. Referee Kevin Friend quickly pointed to the penalty spot. Willian continued to be awarded a penalty kick and he defeated Foster to increase the score to 2-0.

Having scored two goals in the first half, the Chelsea players entered the second half somewhat slowly, they let Watford rise. However, the home team’s attacks are always risky when they own agile players in attack like Mount, Pulisic or Willian.

In the 59th minute, Giroud had a good chance of making his own double, but the Frenchman failed to beat Foster again. Watford attacked quite helplessly in the first half of the second half, the visitors only sharper when coach Pearson adjusted a few personnel. 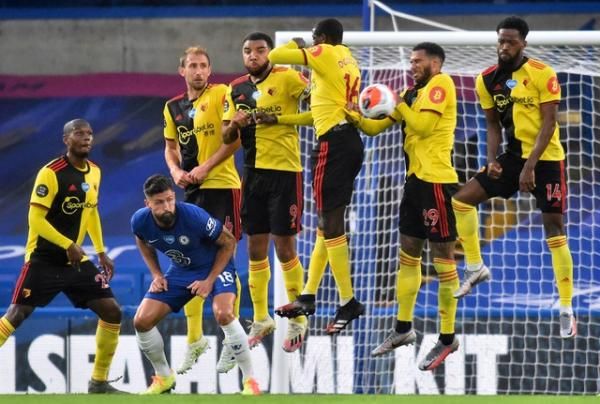 Watford is very pale in front of Chelsea

Waves in front of goal Kepa appeared. 81 minutes, Welbeck defeated Kepa from a narrow angle but could not put the ball into the net, Azpilicueta assisted the team to rescue. Helpless to score, Watford seemed to give up at the last minute.

In the second of injury time, Barkley comfortably received a pass from the left of Azpilicueta, the English midfielder finished with his left foot and dipped the ball into the top left corner of the goal to win the home team. 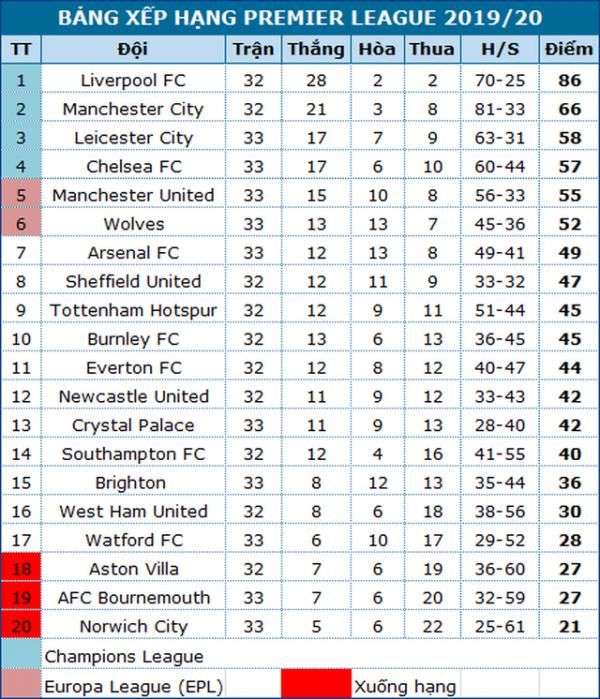 Conte wants to return to Juventus. He asked the players about Sarri's future at the club
Ex - Roma coach Di Francesco took charge of Cagliari, replacing Zenga
England will remove players who intentionally cough at opponents and referees
Manchester City showed a new away form
The Icelandic national team presented their home uniforms for the 2020/21 season
In 1999, Arsenal beat Sheffield in the Cup, but Wenger offered to replay the match – because Kanu violated fair play
Milan and Napoli are Interested in Godfrey. Norwich wants 30 million euros for the defender
Source https://en.xaluan.com/modules.php?name=News&file=article&sid=2845305