The battery information of the iPhone 12 versions has just been leaked, showing that the product is only equipped with a battery with a modest capacity. 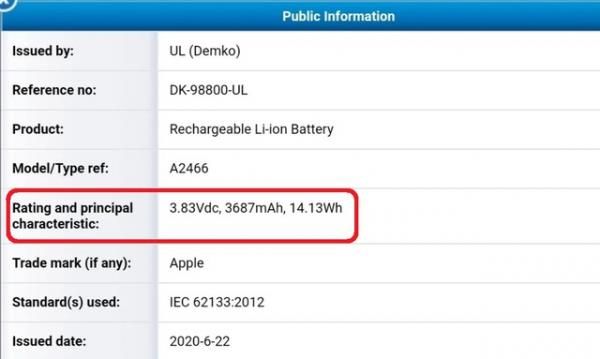 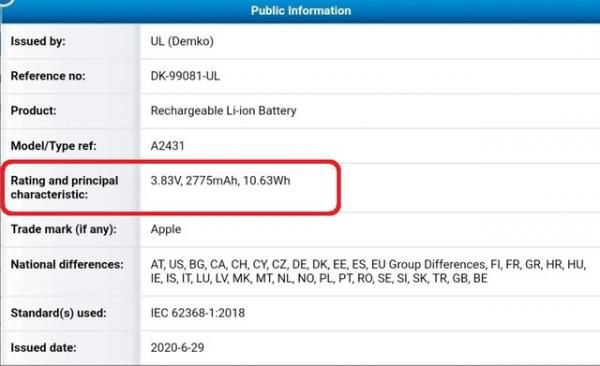 Although just a codename, but MySmartPrice confirmed that this is almost certainly the 4 new iPhone 12 versions of Apple, of which the iPhone 12 and iPhone 12 Pro versions (both have 6.1-inch screens) will have in common. code name A2431. Currently all 3 products have passed the tests and are granted safety certificates.

Another noteworthy information is MySmartPrice discovered is the battery capacity of the products registered by Apple.

Information on the licensing website also shows that the batteries of the products are manufactured by Guangdong Desai Group, a company based in Huizhou City (Guangdong Province, China), of which the largest version A2466 will equipped with a battery with a "L" design like the battery of the previous iPhone 11 Pro Max.

If the information detected by the MySmartPrice website is correct then this is quite a disappointment for those who are expecting Apple’s new iPhone 12 series, except for iPhone 12 Pro Max, the battery capacity of the versions is even lower than the previous iPhone 11’s battery. The battery capacity of the iPhone 11, 11 Pro and 11 Pro Max versions launched last year were 3,110mAh, 3,190mAh and 3,500mAh, respectively. 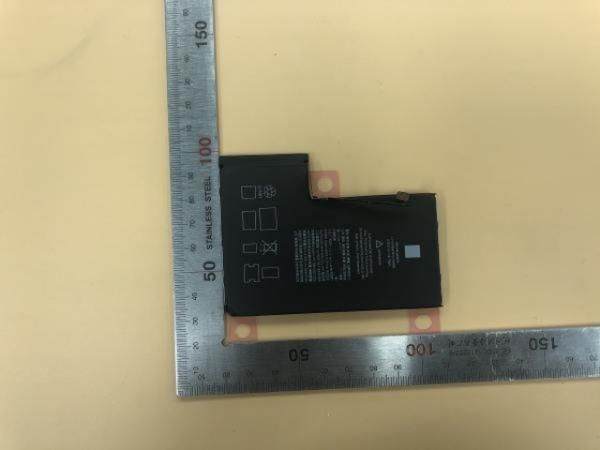 Previously leaked information indicates that the iPhone 12 will be equipped with a 120Hz display screen, which will increase the smoothness and speed of response when watching videos or playing games, but with the battery capacity provided on the device This is unlikely to happen because the 120Hz screen will be very battery-draining and the battery capacity is small. If true, this will be a pity and will lose the competitiveness of iPhone 12 compared to other products, when 120Hz screen has become a familiar feature on high-end smartphone models running Android.

In return, most likely Apple’s new A14 chip will be manufactured on the 5nm process, helping to increase performance and save energy to match the small capacity battery on the product. Notably, Apple is likely to sell the iPhone 12 series without a charger, users will have to spend extra money to buy a charger if desired.

If the leaked information is accurate, the iPhone 12 series will be released by Apple in early September and officially sold to the market two weeks later.

Morata is one of Juve's candidates for the forward position
Karl-Heinz Rummenigge: Messi can only be stopped if you deprive him of the pleasure of the game
Napoli offered 15 million euros for the Region. Real Madrid wants 25 million^. Real Madrid Defender Sergio Regilon can continue his career in Serie A
Neymar played a great match (despite poor implementation). Tuchel created a convenient environment for him to destroy the pressure of Atalanta
Guillem Balage: Juventus wants to get rid of Ronaldo's salary. It was offered to everyone, including Barcelona
Mbappe thanked the PSG doctors: Don't tell me about the pain
Liverpool presented a turquoise away kit for the 2020/21 season
Source https://en.xaluan.com/modules.php?name=News&file=article&sid=2853994