Single households broke out in Korea

Single-family households or in other words, one-person households have been on the rise in Korea recently.

Data released by South Korea’s Ministry of Home Affairs and Safety shows that 8.77 million nationals have registered single-family households, accounting for 39% of the 22.7 million households. The second most common type is a 2-person household at 5.26 million, equivalent to 23.1%.

The data also show that the number of single men (51.5%) is higher than women (48.5%), but this trend is reversed in people aged 60 and older. Most elderly single households are women.

By region, Jeolla Province, South of South Korea, had the largest proportion of single households in the country, accounting for 44.1%, followed by Gangwon Province (42.8%), and Gyeongsang Province in the North. (41.8%). In the southeast region of Gwanak and west of Mapo, Seoul, the majority of single households are people aged 30 and under. 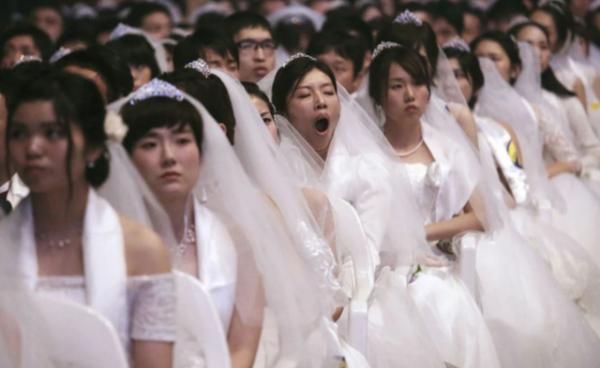 A bride is yawning at a mass wedding ceremony in Korea

South Korea is currently struggling to cope with the demographic crisis and population aging. In 2019, the country’s population growth rate was only 0.05% compared to 2018. The number of people over 65 in Korea in 2019 increased to a record level, surpassing 8 million for the first time.

The South Korean government has implemented many policies, from increasing subsidies, extending maternity leave to launching dating courses, but still unable to encourage people to marry and have more children. The economic burden and marital pressure are the main causes of this situation.

Marriage and childbirth have become a fear for young people in a country where the unemployment rate has been at a record level for the past 17 years and the average annual salary is less than half of what it is. Wages of workers in the US.

Mbappe got into PSG's yawn for the match with Atalanta in the Champions League
Guardiola again played against Madrid without strikers. Zidane did not find an answer
Gattuso on the match with Barca: Napoli will climb Everest
Lampard about the game with Bayern Munich: the History of the games, when everything changed. Chelsea needs to be trusted
Zinedine Zidane: I am the coach of Real Madrid until something extraordinary happens
Varan on relegation from the Champions League: This is my defeat. It is a shame for the partners
Guardiola on the conversation with Zidane: He congratulated me on La Liga and asked about my family. I hope one day we can have dinner and talk about everything
Source https://en.xaluan.com/modules.php?name=News&file=article&sid=2853991