Age of the Assassin: Newsflash : Kinnear suspect, Zane Kilian, believed to have played a key role in assassination plot, charged with murder

The addition of murder to the charge sheet that faces former pro rugby player Zane Kilian, arrested in connection with the murder of Anti-Gang Unit section head, Lieutenant-Colonel Charl Kinnear, is an indication that Killian’s role is thought to be central to the assassination plot.

Zane Kilian, 39, former player for the Falcons and Griquas, is a debt collector who operated a tracking business out of Springs. He briefly appeared under heavy police protection in the Bishop Lavis Magistrate’s Court on Friday, 25 September.

Prosecutor Blaine Lazarus informed the court the accused faced a count of murder, conspiracy to murder and unlawfully intercepting communication.

According to the charge sheet, Kilian unlawfully traced Kinnear’s phone around 20 March until 18 September 2020, the day Kinnear was assassinated around 3pm outside his house at 10 Gearing Road. 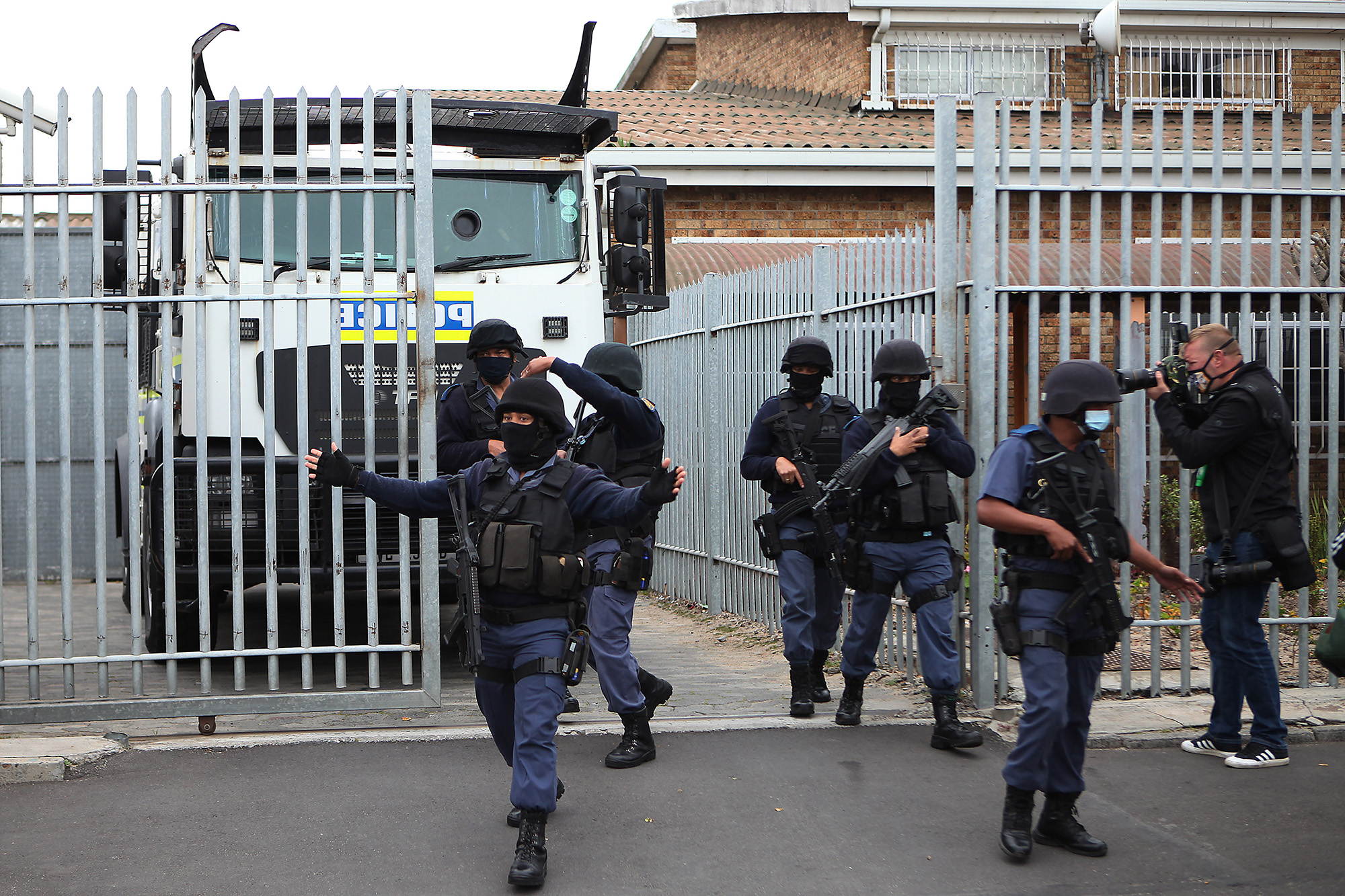 Kinnear’s phone had been tracked until around 3.25pm – at least 25 minutes after he was killed.

The prosecution will argue that this was to ensure that the hit was carried out, as specified by people who are yet to be identified. Had it not been for Kilian’s tracking of Kinnear, the officer might have escaped death.

The challenge for investigators will be to join the dots back to an individual named “Mohamad” who allegedly ordered that Kilian trace Kinnear’s device.

Maverick Citizen has managed to piece together, through interviewing several sources, what occurred on the day Kinnear was assassinated.

About 15 minutes before the shooting, a first CCTV camera picked up a person wearing a red and orange colour hoodie jacket and a pair of tracksuit pants, near a corner of Gearing Street, where Kinnear lived.

About three minutes prior to opening fire, the suspect walked casually towards Kinnear’s vehicle before squeezing the trigger, firing point blank at Kinnear’s head.

The residue had left a burn “tattoo” mark on the dead detective’s face.

Further CCTV footage from Kinnear’s own cameras also picked up a person wearing a red and orange colour hoodie jacket. The modus operandi of the triggerman indicates he was a trained assassin.

On Friday, Kilian’s legal representative, Eric Bryer, said that an arrest warrant had been issued for his client on Monday, 20 September. The Directorate for Priority Crime Investigation (Hawks) arrested him that night in Springs. 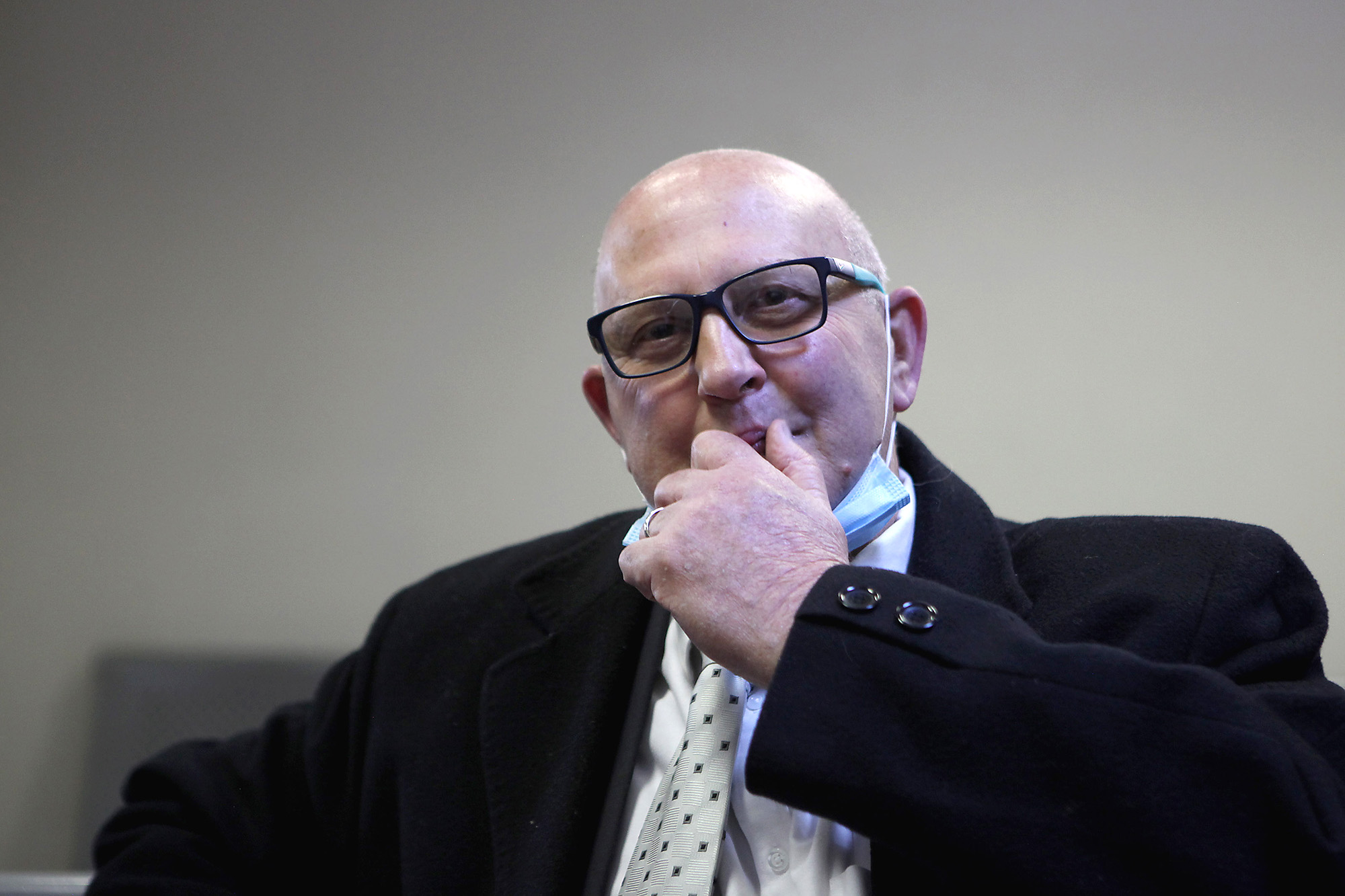 Eric Bryer, attorney for the 39-year old, Zane Kilian who appeared in the Bishop Lavis Magistrate Court in connection with the murder of Lieutenant Colonel Charl Kinnear on September 25, 2020 in Cape Town, South Africa. (Photo by Gallo Images/Ziyaad Douglas)

The former rugby professional was taken in for questioning at the Hawks offices in Germiston. There he was interrogated for three hours and held at the Midrand police station before being transferred to Cape Town overnight. Bryer indicated he was ready to apply for bail.

Springs, east of Johannesburg, was one of the last places Kinnear visited a week before his assassination.

The detective was in the area to continue his ongoing investigation of alleged underworld boss Nafiz Modack.

Kinnear was set to arrest two brigadiers in Gauteng in connection with the gun license racket.

Bryer, a former lawyer for imprisoned Czech crime boss Radovan Krejcir, was himself charged with corruption and defeating the ends of justice after becoming personally involved in the kidnapping case of one of his clients. In April 2018, Bryer appeared alongside three other people in the Johannesburg Magistrate’s Court.

Western Cape National Prosecuting Authority spokesperson, Eric Ntabazalila, when asked for comment said: “The State is going to oppose bail. The accused is facing serious charges, and is accused of killing a policeman.”

The case has been postponed for further investigation until 5 October and the accused will stay in custody at the Bellville Police station. DM

Hans-Dieter flick: I Hope Alaba will sign a contract with Bayern. Our club is one of the best in the world
Diego Maradona: Messi gave Barca everything, brought them to the top. He was not treated the way he deserved
Federico Chiesa: I hope to leave my mark in Juve. We will achieve great results
The Coach Of Benfica: I don't want us to look like the current Barcelona, it has nothing
Guardiola on returning to Barca: I'm happy at Manchester City. I hope to stay here
Fabinho will not play with West ham due to injury
Ronald Koeman: Maradona was the best in his time. Now the best Messi
Source https://www.dailymaverick.co.za/article/2020-09-25-kinnear-suspect-zane-kilian-believed-to-have-played-a-key-role-in-assassination-plot-charged-with-murder/

‘He will be back soon’: Orlando Pirates reveal why coach Zinnbauer left for Germany

News24.com | Durban businessman stabbed more than 30 times in his house during robbery

Race is on for DA top job

Bottas on pole at Imola with Hamilton alongside

News24.com | Your weather update: It will be a wet day for most of the country on Sunday, but warm for Cape Town

News24.com | Steenhuisen and Ntuli both want to reach the Union Buildings, but differ on the route

MAVERICK LIFE PHOTOGRAPHY: The showdown at the end of democracy

Mbalula: Taxi industry will be subsidised from April next year

DA will be SA’s shield against ‘fascist thugs’ – Mazzone

News24.com | N1 in Johannesburg closed owing to a gas tanker being on fire

Cops nab ‘most wanted’ man after he is released on parole

Ace Magashule's former PA 'visited by the FBI in the US'

Greece to shut most bars, restaurants in country for month from Tuesday

Gauteng residents warned to brace for heavy rain this weekend

TALKING WEEKLY: The MTBPS brings gloom, but will the US bring doom?

News24.com | DA will be SA’s shield against ‘fascist thugs’ - Mazzone

Is Duduzane Zuma paving the way for a career in politics?

Julius Malema, the cop he and Ndlozi allegedly assaulted, and those white lawyers

News24.com | Dominant All Blacks record biggest ever win over Wallabies

Zinnbauer hints at Monare making his Pirates debut against Chiefs

Taxi lekgotla wraps up with vow to tackles challenges in industry

News24.com | Mbali Ntuli speaks of a more inclusive DA in her last address to delegates at the federal congress

Malawi: Bushiri's to Spend Another Weekend in Custody As Bail Bid Rolled Over to Monday

'The turbulence is over' — DA's John Steenhuisen

News24.com | 'Battle-tested' Steenhuisen says the DA jet is ready to take to the skies

SAJBD satisfied with sentence given to man who posted antisemitic tweets

Nigeria reaches out to U.S., South Korea to back WTO candidate

Crocia Events to explain why it should do business with state

Mozambique: Almost 80 Per Cent of Covid-19 Patients Have Recovered