Her family said she was not expected to survive as she'd suffered 'severe anoxic brain injury'. 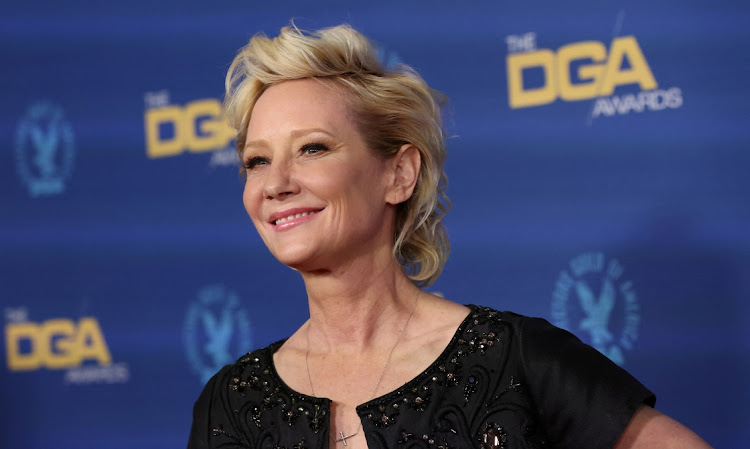 Hollywood actress Anne Heche will be taken off life support as she has officially been declared brain dead, it was reported on Friday.

Heche, 53, has been hospitalised since shortly after the car she was driving veered out of control in a Westside neighbourhood of Los Angeles last Friday, ploughed into a house and burst into flames, according to police.

No-one inside the home was hurt, but the impact set the dwelling ablaze, requiring a response by dozens of firefighters.

A Los Angeles police department spokesperson later said the cause and circumstances of the crash are under investigation.

On Friday, Daily Mail reported that the Men in Trees actress has officially been declared brain dead and will be taken off life support.

The site, quoting representatives of her family and friends, said she will remain on a ventilator only to determine whether any of her organs are viable for donation as per the actress's request.

Her family said earlier she was not expected to survive as she had suffered “severe anoxic brain injury”.

Heche came to prominence for her Emmy-winning work on the daytime television drama Another World and went on to star in other screen roles, including the HBO series Hung, and films, including Wag the Dog and Cedar Rapids.

She made tabloid headlines in the late 1990s for an affair with comedian Ellen DeGeneres around the time that DeGeneres came out publicly as a lesbian. After their split, Heche wed cameraman Coleman Laffoon, but they later divorced and she spent some years after that in a relationship with actor James Tupper, her co-star in the short-lived TV show Men in Trees.

Woolworths trials ‘bag share’ at these FOUR stores in Mzansi

Gig Guide: 3 fun festivals not to miss in October

Another ex-Schumacher F1 car is being auctioned in November

Opec+ panel calls for biggest cut to output since 2020

‘Accusations nothing but a smokescreen:’ Phalatse says there’s no rift within DA

Load-shedding to be reduced to stage 3 from Thursday morning

Zweli Mkhize’s branch says deciding to back him was easy

Load shedding to be reduced to stage 3 from Thursday

Load shedding to be reduced on Thursday – schedules here

Proteas set sights on points as ODIs start in India

Familiar movie names among the cast at Vaal meeting

STEVEN KUO: The second decade of the 21st century will be a white-knuckle ride

Govt must prioritise safety of tourists after murder of German, says DA

JUST IN: Three in police custody for murder of German tourist

Nurses refuse to work at two clinics in Motherwell

‘We are married’: ‘Big Brother Mzansi’s’ Thato and Gash1

Zas back in the mix: Stormers hope their gasman hits deck running on tour

Khayelitsha residents to meet with Cogta's Nkadibeng over service delivery

‘There is something he has in terms of playing’: Royal coach Nteo on Andile Mpisane

Theatre-owner Ambassador eyes direct lending deal of up to £1.2bn

LETTER: Eskom board does not have full freedom

‘There is something he has in terms of playing’: Royal coach Nteo on Mpisane