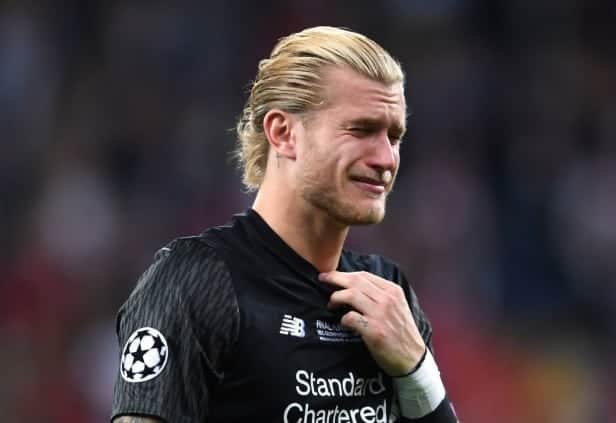 A statement from doctors Ross Zafonte and Lenore Herget said Karius had undergone a comprehensive examination at Massachusetts General Hospital on May 31, five days after Liverpool’s 3-1 defeat to Madrid in Kiev.

“After carefully reviewing game film and integrating a detailed history … physical examination and objective metrics, we have concluded that Mr Karius sustained a concussion during the match May 26, 2018,” the statement from Zafonte and Herget said.

Karius had complained to match officials in the 49th minute that he had been elbowed in a clash with Madrid defender Sergio Ramos which went unpunished.

Two minutes later, Karius committed a howler when he attempted to throw a pass out to the Liverpool defence only for it to go straight to Real striker Karim Benzema for the opening goal of the final.

Karius also erred with Real’s third goal, fumbling Gareth Bale’s long-range shot into his own net to complete a miserable night for the German goalkeeper.

Zafonte and Herget’s statement said it was possible that the concussion had impacted Karius’s performance.

It added that Karius had shown a “significant and steady improvement since the concussive event”.

“We expect him to make a full recovery based on the results of the examination,” it added.

“We have encouraged vigilance and an emphasis on safety in his eventual return to full activity.”

Avangard congratulated Zenit with the title: it's Time to match and take the Gagarin Cup
Coach of Orenburg Pro 0:1 with Rubin: Morally devastated, could have drawn
Kike Setien: Griezmann played a great match, understood Messi well, scored a great goal. We changed something
Barca President on the Real Madrid match: VAR always favours one team. I have an unpleasant feeling
Faty scored the 9,000 th goal in the history of Barcelona
Griezmann scored in La Liga for the first time since February with a pass from Messi
Suarez came out on the 3rd place in the list of the best Barca Goalscorers in history
Source https://www.thesouthafrican.com/karius-suffered-concussion-in-champions-league-final-doctors/

OPINIONISTA: WP rugby’s future on the line in Newlands saga

OPINIONISTA: Africa and South Africa must embrace 4IR to compete in the global economic race

OPINIONISTA: Our nuclear legacy is a dangerous distraction from energy security for all South Africans

OPINIONISTA: No light at the end of Eskom’s tunnel until blockages are cleared

OPINIONISTA: How Eusebius McKaiser’s review of ‘White’ presages a rupture in culture wars

AMABHUNGANE: ‘We must bow out with pride,’ says VBS boss Tshifhiwa Matodzi

Maverick Life: Covid-19 might have injected a new life into the conspiracy theory scene, but the fire was already ablaze

MAVERICK CITIZEN: COMMUNITY ORGANISING: A call to protest against the betrayal of Mandela’s legacy

OP-ED: The Strandfontein relocation camp highlights how the rights of the homeless are being violated

GROUNDUP: Calls for the arrest of officers who dragged naked man out of his shack in Cape Town

Coronavirus & Education: A million SA learners set to return to school before end of July

CORONAVIRUS DAILY DIGEST #89: Classroom doors swing open for some learners, while military medics touch down in the Eastern Cape

BUSINESS MAVERICK: Business interruption insurance is becoming a huge issue – but there may be a compromise

Newsdeck: What would Kanye West have to do to launch a late White House bid?

News24.com | Zimbabwe VP blames colonisers for not teaching locals how to run economy

News24.com | VBS Bank: 8th arrest made as senior exec due in court after quarantine

News24.com | Only a small percentage of teachers and pupils have contracted Covid-19 - Motshekga

Covid-19: Traumatised family say they were given wrong body to bury

Speedster behind bars for killing on-duty metro cop in Soweto

Inter title hopes all but over after Bologna defeat

Lacklustre Liverpool leave it late to see off Aston Villa

News24.com | Wife of Paul Mashatile dies a week after he buried his mother

South Africa: Minister Angie Motshekga - State of Readiness for the Return of the Second Cohort of Grades Back to School

News24.com | 'It feels a little weird' - Restaurants and casinos reopen under unfamiliar conditions

Cabinet reshuffle to remove 'untouchables' like NDZ and Cele could backfire

News24.com | OPINION | 100 days of lockdown: Relying on leaders without changing our responses must be unlearnt

News24.com | Your Monday weather: Fire warnings for parts of SA as temperatures hover around 25°C

From radio to TV, Msakazi is now a Channel O host

Complaint lodged with the JSC after Mogoeng’s Israel comments

Goodbye to the wild wild web

KwaZulu-Natal preparing itself for upsurge in Covid-19 infections

News24.com | PODCAST | THE STORY: Will removing statues representing oppression remedy ills of the past?

Pupils in grades R, 6 and 11 will return to school from Monday