Water flows next to the construction works for the Grand Ethiopian Renaissance Dam in 2017 along the Nile River in the Guba woreda (district) of the Benishangul Gumuz Region, eastern Ethiopia. (Photo: EPA-EFE/STR)

On 4 April 2021, African Union chairperson Félix Tshisekedi hosted talks with Egypt, Ethiopia and Sudan to provide much-needed AU leadership in de-escalating the impending conflict in the Horn of Africa.

Although the AU-brokered talks ended in a deadlock, the head of the Democratic Republic of Congo team of experts, David Tshishiku, has said they were simply the first step in DRC President Félix Tshisekedi’s attempt to resolve the century-long dispute over the three countries’ share of the Nile River. 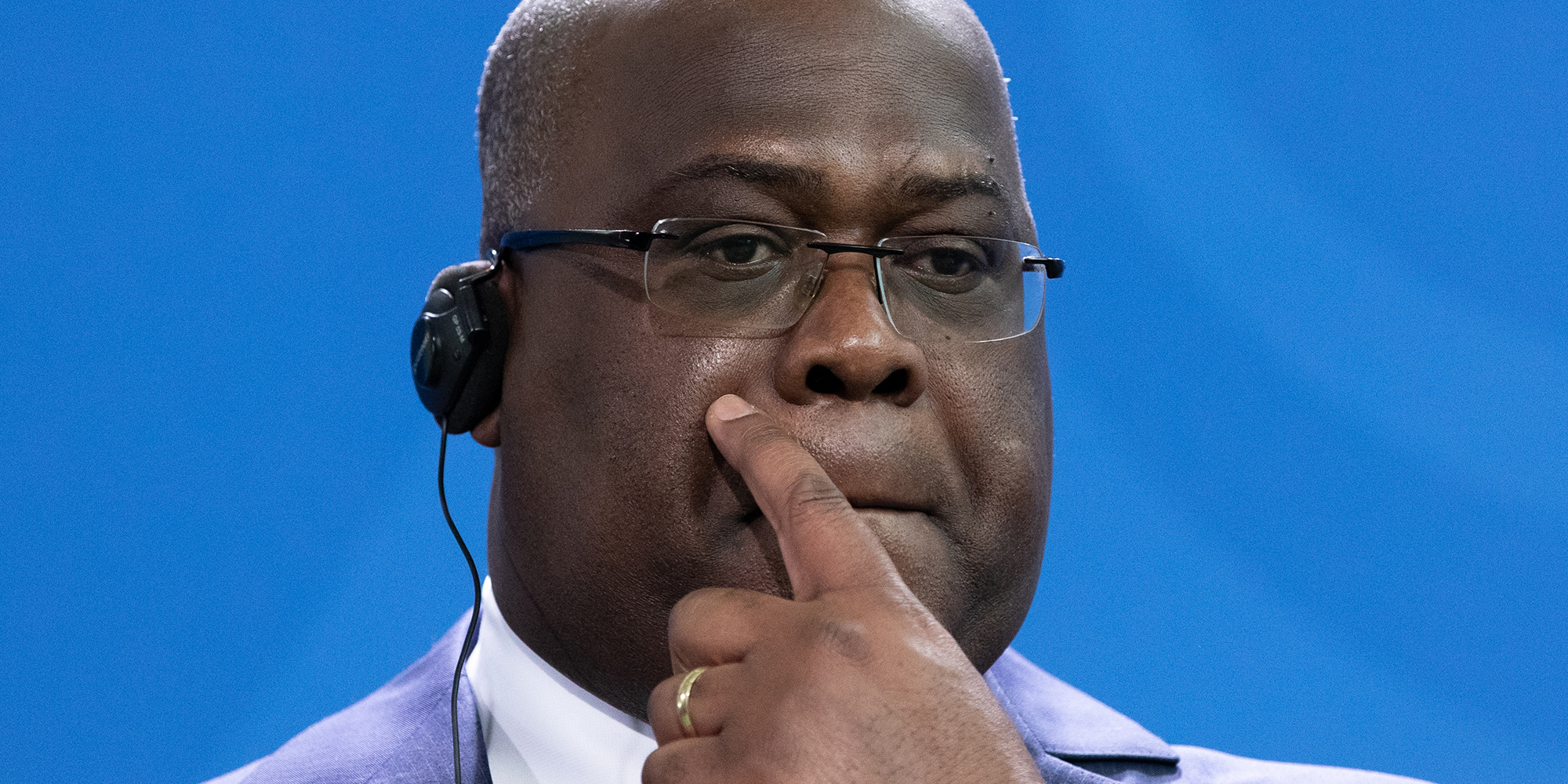 Why the talks yielded no progress

Ahmed Hafez, spokesperson for the Egyptian Ministry of Foreign Affairs, attributed the failure to reach a consensus at the AU-led talks on Ethiopia’s unwavering stance on filling the Grand Ethiopian Renaissance Dam (GERD) in July following the rainy season. The bone of contention in the Kinshasa talks concerned Ethiopia’s schedule for the second phase of filling the GERD reservoir with 13.5 billion cubic metres of water and preferences for mediators to resolve the impending conflict.

Egypt and Sudan want a legally binding agreement that would ensure that Ethiopia credibly commits to filling the dam in a way that would not threaten their water security (and subsequent food and national security). Sudan has dams on the Blue Nile, including the Jebel Awliya Dam, and argues that the filling of the GERD would undermine its ability to store water in the dam’s reservoir for electricity generation. As a result, Sudan called on Ethiopia to coordinate and share data on the operation of the GERD.

In response to this request, the Ethiopian foreign ministry invited Sudan and Egypt to nominate dam operators for data exchange prior to the second-phase filling of the dam. Following this invitation, the Sudanese irrigation ministry stated that although Sudan believes in the importance of exchanging information as a necessary procedure, the Ethiopian offer to do so with the attached specifications are indicative of “suspicious selectivity” in managing the agreement. 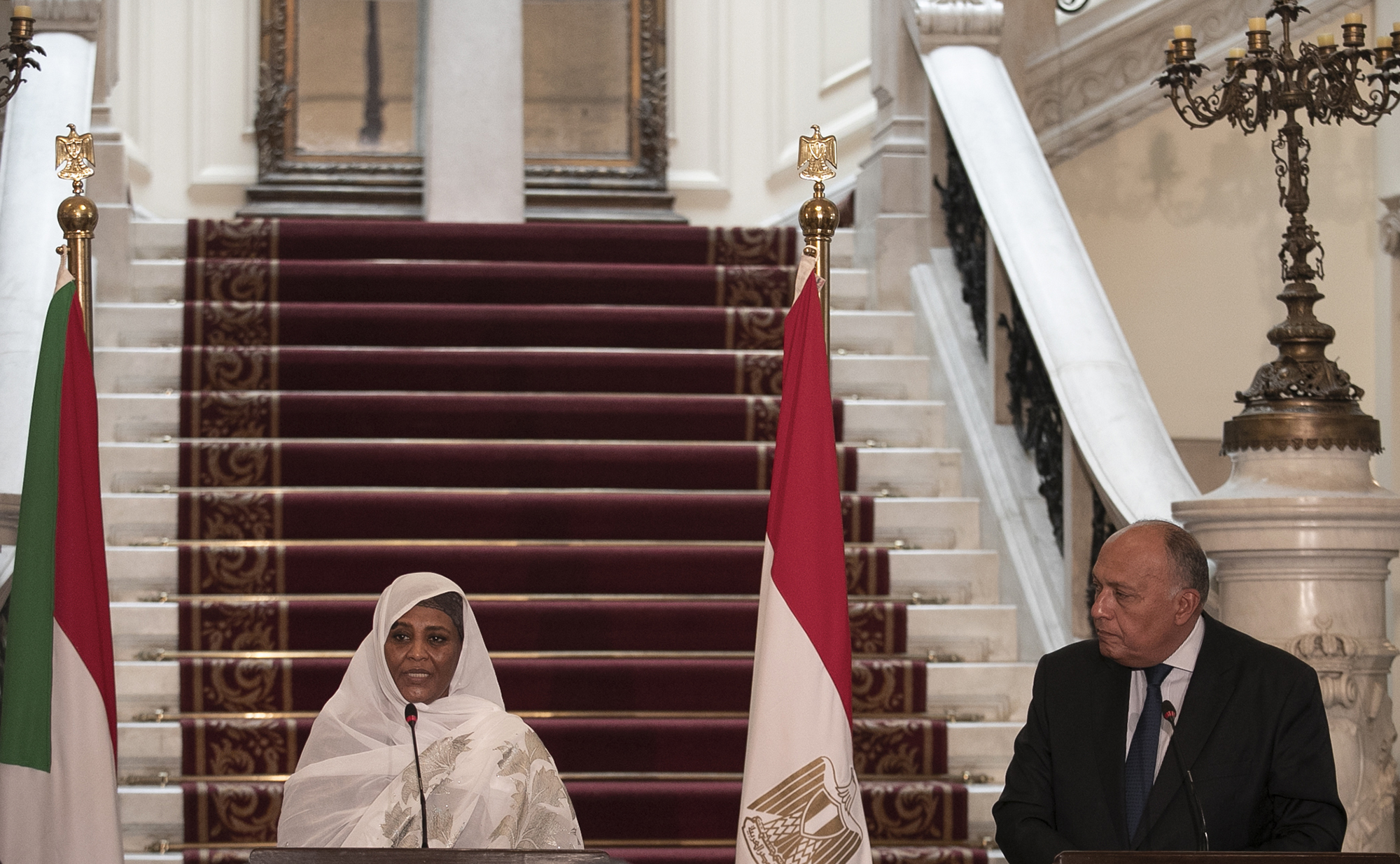 Egyptian Foreign Minister Sameh Shoukry (right) and his Sudanese counterpart Maryam al-Sadiq al-Mahdi give a joint press conference after their meeting at the Tahrir Palace in Cairo, Egypt on 2 March 2021. The Sudanese foreign minister was on a two-day official visit to Egypt for talks focused on the Ethiopian Grand Renaissance Dam. (EPA-EFE / Khaled Elfiqi)

Ethiopia has been reluctant to cede to Egypt and Sudan’s request/demand for a legally binding agreement. Instead, the country’s minister of water, irrigation and energy, Seleshi Bekele, said Addis Ababa was determined to ensure principled, equitable and reasonable use of the Nile waters without causing harm to the downstream states. He also emphasised that the second phase of filling will continue as planned because stalling the plan would cost Ethiopia billions of dollars.

Both parties are adamant about exploiting the water resource of the Nile River for national economic and human development, but the challenge remains how to coordinate their strategies for collective gains, including peace and stability in the Horn of Africa.

Another bone of contention in the tripartite group concerns the preferences for mediators. Though all parties agree that independent mediators are pivotal to the resolution process, they differ on who should mediate. Egypt and Sudan have been adamant about extra-regional actors such as the US, the United Nations (UN) and the European Union (EU) – that currently play observer roles – while Ethiopia prefers AU leadership on the matter. Egypt and Sudan’s rationale for extra-regional mediators is premised on its framing of the GERD saga as an international crisis requiring an international response.

While this argument can be understood in the context of international law, there are steps to be taken before direct involvement of the UN Security Council. Chapter VIII of the UN Charter (Article 52) makes provision for the involvement of regional arrangements in the peaceful settlement of disputes. Where this fails, Article 53 allows for the authorised (by the Security Council) use of force, and Article 54 stipulates that regional bodies engage with the council at all times.

Before involving the Security Council, the AU should be given a chance to mediate and resolve the issue. Egypt and Sudan’s desperate plea to the UN can be perceived as questionable. Also, it undermines the AU’s efforts to independently find African solutions to African problems.

Egypt and Sudan have also called on the US to intervene in the growing crisis. Thus, it is important to assess the credibility of the US as an extra-regional mediator on the GERD matter. Over the years the US has increasingly become anti large-dam projects. In 2020, the US (although under a different administration) denied Ethiopia $130-million in aid as a punishment for unilaterally filling the GERD before an agreement was reached.

Also, the US has and continues to benefit from large dam projects such as the Tennessee Valley project and the Hoover Dam, commissioned through the Bureau of Reclamation established in 1902. Having capitalised on water-for-energy resources to improve electricity generation and access for its domestic constituents, it is something of a double standard to dissuade the development of large dams in Africa.

Today, US energy interests have shifted to non-carbon-emitting sources such as solar, geothermal and wind energy; thus its strategy to coerce the developing world into following suit is a show of power politics and poor understanding of the energy and development challenges facing Africa. In addition, the US has first-hand experience in water-sharing issues as it pertains to the US-Mexico Colorado and Rio Grande rivers.

Since the signing of the 1944 Treaty and the subsequent establishment of the International Boundary and Water Commission, US domestic interest groups have consistently engaged in finger-pointing and loophole-finding escapades to increase their access to and share of the water resources. These events do not qualify the US as an impartial mediator in the GERD saga, but perhaps solely as an observer.

Following the failed talks in Kinshasa, the discourse used by representatives from Egypt and Sudan only added fuel to the fire. Egyptian President Abdel Fattah al-Sisi emphasised in a statement that the Kinshasa talks were the “last chance” to reach an agreement and that “nobody will be permitted to take a single drop of Egypt’s water”; should anyone take Egypt’s water, there will be unimaginable instability in the entire region considering that Egypt has the capacity to take action accordingly.

In the context of the AU’s Agenda 2063, electricity, food and water security are deemed pivotal for Africa’s development. Therefore it is in the interests of the AU to resolve the Nile River dispute between Egypt, Ethiopia and Sudan in a manner that would be beneficial to all parties involved. However, such outcomes are highly dependent on the willingness of the parties to commit to the negotiation process, to resolve the conflict and credibly commit to any consensus reached across time and space.

Who will bell the cat? Recommendations on a way forward

The AU, under the leadership of Tshisekedi and backed by regional actors such as Pretoria and Abuja, and extra-regional actors such as the US, China, the United Nations and the EU, would level the playing field as it brings together mediators with differing perceptions on large dam development. This would ensure that the focus of the parties involved would be finding a long-term resolution to the conflict by prioritising the needs of the tripartite states as opposed to the rights and wrongs of large dam development.

Arguably, given the DRC’s poor track record in conflict resolution, some may argue that Tshisekedi is incapable of and inexperienced in mediating successful negotiations between the three states. The support of experienced mediators from Pretoria, Abuja and other regional players would make the AU-led efforts more formidable while reiterating the “African solutions to African problems” message.

Also, it is crucial at this stage of the negotiations to involve other upstream and downstream states in talks around sustainable access, allocation and use of the Nile waters. This would be an improvement on the colonial-style treaty. However, it may only serve to complicate negotiation efforts considering the large number of actors.

In conclusion, while the security concerns – electricity, food and water (national) – of the tripartite group are valid and crucial to their respective development agendas, their respective claims to the Nile River as a “birthright” or “colonial rights” premised on colonial allocations, remains the basis for continued discord on the matter.

Thus, resolution would require that all parties be flexible in their expectations, but rigid and credible in their commitments to equitable and uninterrupted access to the water resource, thereby prioritising collective over individual gains. DM

Dr David Monyae is the Director of the Centre for Africa-China Studies at the University of Johannesburg. Dr Ekeminiabasi Eyita-Okon is a postdoctoral research fellow at the same institute.