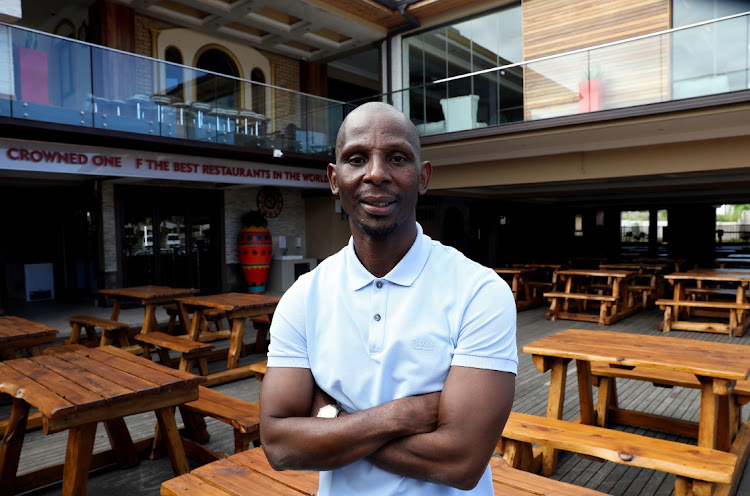 Max Mqadi, owner of Maxi's Lifestyle in Umlazi which was voted one of the top restaurants in the world, was shot twice during an attempted assassination outside his restaurant on Thursday night.
Image: Sandile Ndlovu

Max Mqadi's rags to riches story almost ended in tragedy after the Durban businessman escaped death in an attempted assassination outside his renowned establishment in Umlazi, south of Durban, this week.

The 51-year-old owner of Max's Lifestyle, named among 207 of the best restaurants in the world in 2016, was shot by two unknown men at close range outside his establishment on Thursday evening.

Police spokesperson Col Thembeka Mbele said Mqadi had climbed into his white Mercedes and was about to turn left onto Sibusiso Madekane Road when an unknown male suspect crossed the road and approached towards the left side of the vehicle. 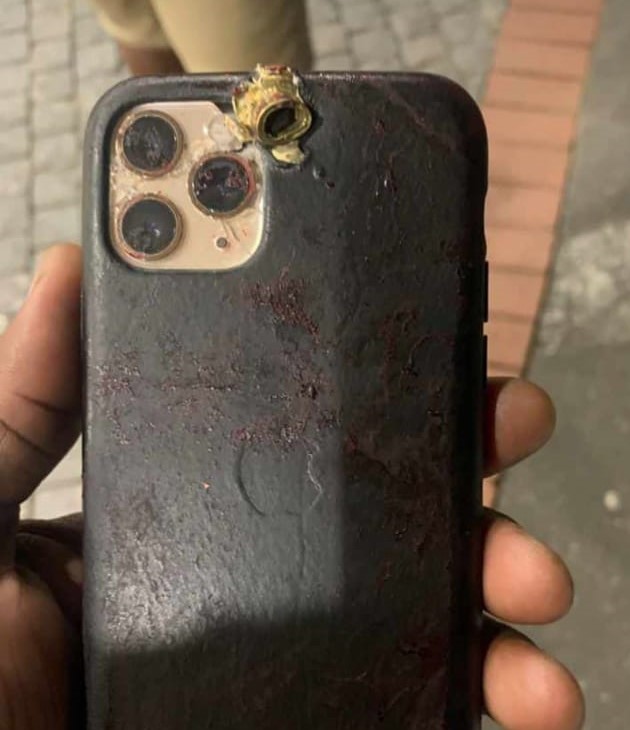 Mqadi's iPhone 12 with shrapnel from a bullet as a result of the attempted assassination on his life on Thursday
Image: Supplied

"He opened fire on him (Mqadi) with 9mm firearm. Another male suspect approached from his right side. The suspect that came from across the road, fired a number of shots at him, injuring only his arm and leg.”

Mqadi managed to drive to the Durban's popular Florida Road where he flagged down police and received ambulance assistance before being rushed to Netcare Umhlanga Hospital, where he remains in a stable condition.

Pictures of the interior of Mqadi's blood-stained Mercedes and a bullet stuck on the back of his iPhone 12 made its rounds on social media soon after the shooting - with many under the impression his life had been saved by his iPhone.

The incident has been shrouded in secrecy.

In the cold light of day the staff at Max's Lifestyle remained mum on what unfolded on the night of the shooting.

Sources close to Mqadi said over the years he had made a lot of enemies.

“He's been involved in a lot of business dealings. It would be difficult to say who would have wanted him dead. The only person who can really answer that is Max himself,” said one source. 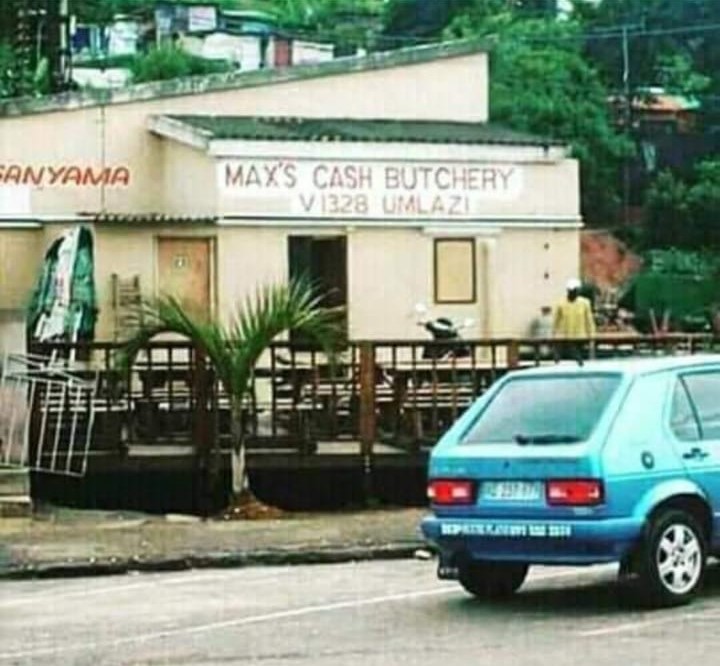 Before In 2002 Mqadi's restaurant was a mere one room shack near a stream built in front of former taxi rank
Image: Supplied

Another said his ties with the ANC could have made him a political target.

“Max has been close to the ANC for a long time. He often hosts ANC functions and it is not uncommon to see politicians or people of political prominence dining at his place.”

Despite Mqadi's close political circle, he did not attain his success overnight.

From a one room shack near a stream built in front of a taxi rank in 2002, Mqadi grew his Shisa nyama into one of Durban's most popular hangouts.

KZN premier Sihle Zikalala called on police to move quickly on the case of attempted murder.

"We wish Mr Mqadi a speedy recovery, but most importantly we look forward to those behind this heinous act being brought to book. We will be watching the developments around this case very closely,” said Zikalala.

After In 2009 Mqadi began revamping and upgrading his restraints which stands today as a renowned hangout spot for celebrities and politicians
Image: Max's Lifestyle

EU steps up security for staff in Ethiopia

Iran: Nuclear deal ‘within reach’ if West shows goodwill, ball in US court

On This Day: What happened on 3 December?

Read it now: Your daily Love Horoscope for 3 December 2021

Your daily Horoscope for 3 December 2021

The Sneaky And Hidden Tax: How High Inflation Can Heavily Tax Your Cash

Security officer gets 25 years in jail for murder

News24.com | Ramaphosa’s first state visit to Cote d’Ivoire seen as a win-win for both countries

Omicron: What we know and what we don’t

News24.com | State pulmonologist to assess whether Angelo Agrizzi is fit to stand trial

News24.com | Vaccinate so that fans can return to stadiums, deputy sports minister pleads

Boyfriend who cut up girlfriend’s body faces future in prison

News24.com | OPINION | A just transition must ensure poor households have access to power

News24.com | Never mind 2020, this could be the worst festive season for businesses

‘I had an abortion and… he tried to kill me’: Amanda du Pont on Jub Jub

Bekker and Schietekat share the lead at SA Open

Germany shuts out unvaccinated from all but most essential business

Germany shuts out unvaccinated from all but the most essential business

More than 11,500 Covid-19 cases recorded in 24 hours as infections continue to spike

KHive Goes After Pro-Reparations Congressional Candidate: Black Men With Small D*ck Energy Like You Have A Problem With Successful Black Women

Orlando Pirates vs Baroka: Kick-off DELAYED and here’s why!

What in the Omicron? Films with the same names as new Covid-19 variant

Police investigating after man shot at point-blank range in Fordsburg

‘He must go back to jail’: Tweeps on Amanda claiming Jub Jub raped her

Orlando Pirates vs Baroka: How to watch live on TV!

Ramaphosa warns against the risk of 'health apartheid'

News24.com | Brazil in recession as drought and inflation hammer economy