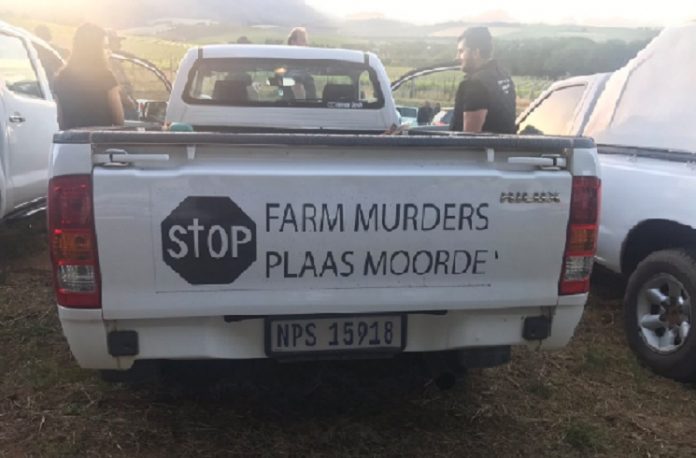 Some farmers in South Africa have been preparing for the worst and have enlisted the help of a former Israeli special forces operative to train them in self-defence in case of a farm attack.

While recent figures have revealed that farm attacks have considerably dropped from the highs recorded back in the late 1990s, concerns about safety in farms have peaked in recent years and have seen farmers seek out ways to ensure that they are well-equipped for the worst case scenario.

As News24 reports, Idan Abolnik has been training people in his own style of a self-defence system called Krav Maga, which was developed for the Israel Defence Forces, and has now taken his services to South Africa.

“It’s open to everyone and anyone who wants a specially designed system for farmers,” he said.

“We train them to deal with a variety of different attacks.

We teach them hand-to-hand combat, bush warfare,semi-bush warfare, urban warfare and how to collect information.”

With Gauteng being one of the provinces that have recorded the most incidents of farm attacks it’s no surprise that Abolnik’s business – which is largely based in Johannesburg and Pretoria – has been booming.

He says part of his training includes simulation of weapon attacks, preparing those who enrol to defend themselves and their families.

However, his services do not come cheap at all; an intensive two-week course costs about R20 000 per person.

Watch: Abolnik trains SA farmers in self-defence in video below

Some white farmers in South Africa feel so under threat that they are learning self-defence from an ex-Israeli special forces member in case they are targeted pic.twitter.com/vl444tb8pH

This is the best Milan in years: superkambekom with Juve (3 goals in 5 minutes!) saved the intrigue in Serie A
Zlatan Ibrahimovic: I am the President, player and coach! If I had been in Milan since the start of the season, we would have taken the scudetto
Sarri on the defeat by Milan: we played first-class football for 60 minutes. Then-turbidity
Pioli on the victory over Juve: Milan became a team. We can play even better
Pioli beat Juventus for the first time as a coach
Vardy has scored 10 goals for Arsenal in Premier League matches. Only Rooney has more
Ronaldo scores or gives an assist in 17 consecutive Serie A matches, where he scored 25 (21+4) points
Source https://www.thesouthafrican.com/sa-farmers-trained-in-self-defence-by-ex-israeli-soldier-video/

News24.com | Fear and frustration as Covid-19 grinds schools cricket to a halt

'Scariest moments of my life', says nurse after spending three nights in ICU over Covid

News24.com | OPINION | Finding the middle ground in the statue debate

Weed out graft as SA falls behind Mauritius

Here’s a little help with your Covid-19 plan

Changing SA for the better is not that difficult

We have to keep our ‘ubuntu’ going at all costs

Video: Help us, there is no muti for hunger, healers plead with govt

Inclusion of refugees is ‘key to counter xenophobia’

You can still have your pie and eat it

OP-ED: Amid escalating gang violence, the City of Cape Town wages war on the poor

OPINIONISTA: Do not bail out SAA – rather feed seven million hungry South Africans for a year

OPINIONISTA: The Mandela Rhodes Foundation could remain as a symbol of the magnanimous spirit in which it was founded

OPINIONISTA: Most fish rot from the head, but the NPA’s head is fresh – it’s the Zuma tail that is rotten

PREMIER SOCCER LEAGUE ANALYSIS: PSL and Safa need to work together for football to return successfully

MAVERICK CITIZEN: Antibody testing – the missing weapon in the fight against Covid-19 in South Africa

RIGHT OF REPLY: New deal for Newlands a huge boost for rugby

OP-ED: The message is clear: As lockdown measures ease, let’s reopen the classrooms

Home affairs’ budget cut of R562m will have ‘minimal effect’

Starting a business in your 20s, consider these money management tips

eNCA loses another staffer to Covid-19

News24.com | WRAP | More pupils to return to school, 5-month-old KZN baby dies; and US starts pulling out from WHO

Gauteng to have blackouts on Wednesday morning

News24.com | US formally starts its withdrawal from WHO

News24.com | Search on for runner missing on Table Mountain

IEC preparing for next year's elections despite budget cuts

Newsdeck: WHO acknowledges ‘evidence emerging’ of airborne spread of COVID-19

Chelsea cling on to pip Palace in five-goal thriller