What’s more beautiful than a kid’s stellar debut? Peter Shalulile, Themba Zwane, and Thabiso Kutumela were outplayed by Stellenbosch FC’s 19-year-old debut Athenkosi Mcaba, this is according to the club’s report. 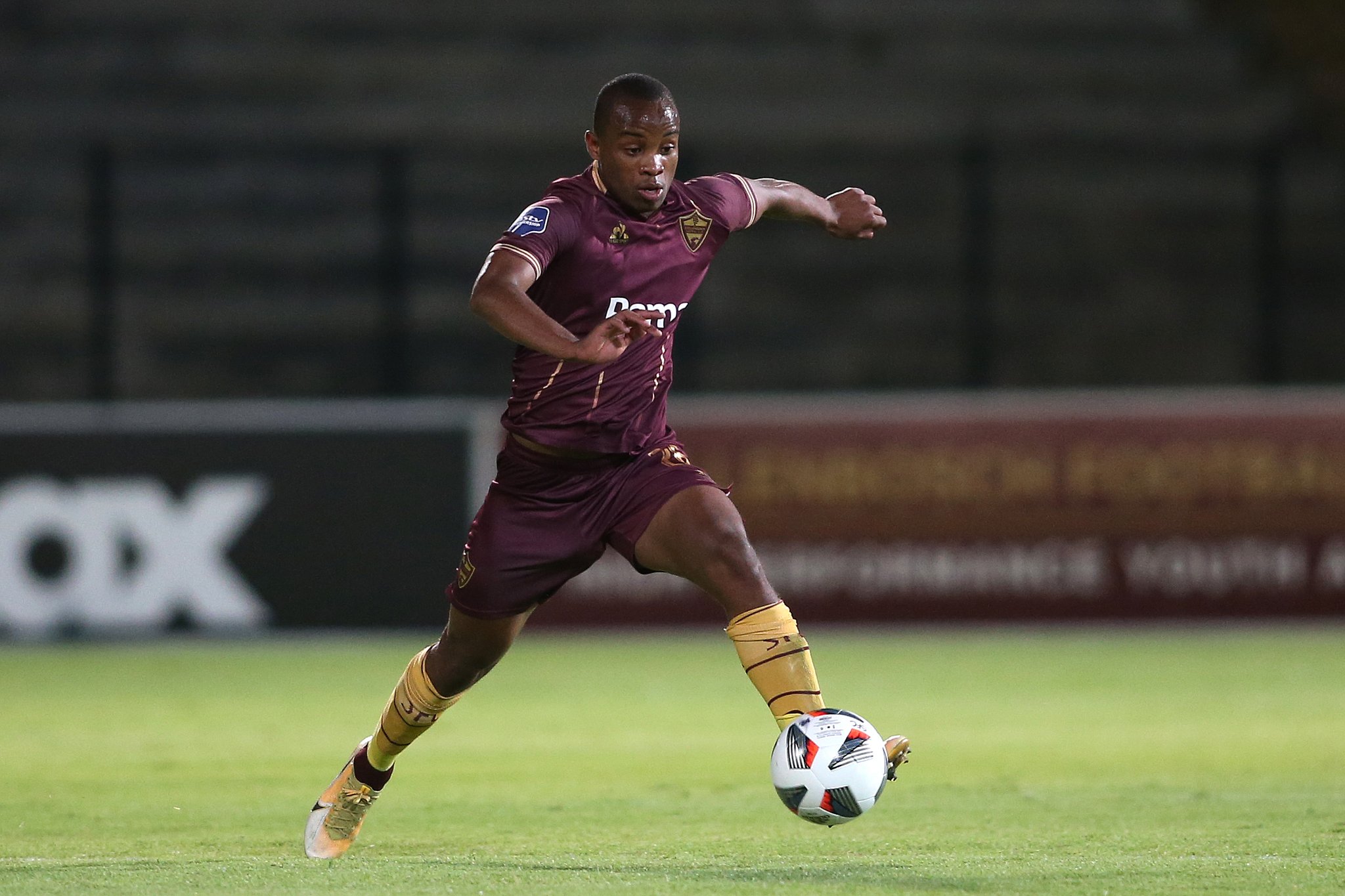 As reported by The South African, the young defender realised his top division debut dream last weekend against the mighty Mamelodi Sundowns. The starting lineup news suggested his coach Steve Barker was playing with fire…

The youngster started in a back-three alongside Robyn Johannes and Zitha Kwinika at the Danie Craven Stadium, where the visiting log-leaders were held to a 1-1 draw.

The Tsakane-born former Bidvest Wits academy product’s performance included nine out of 10 successful challenges, three out of four headers, 100% successful tackles, and no less than 10 interceptions!

ALSO READ: DStv Premiership – ALL the weekend’s RESULTS after Kaizer Chiefs’ NO SHOW

The youngster’s performance debut against Shalulie, Zwane, and Kutumela was duly applauded by his brave coach Barker after the game.

“I think our principle with the way we look at things doesn’t change much, but you know to give Athenkosi (Mcaba) a debut for me was really superb. A lot of good things for him to come,” Barker told SuperSport after the game.

Up next for the unbeatable Kabo Yellow is a home battle against one of the league’s most unpredictable sides, Royal AM on Wednesday in the capital. Victory for Mzansi’s champions will stretch a superb 11 point lead at the summit.

READER LETTER | We can do little to stop natural disasters

Willemse to 12 for Stormers? ‘Logical’ move won’t happen just yet

READER LETTER | Sisulu the pawn who would be queen

WATCH | ‘We ate pap and meat’: Woman who lived with alleged R4m heist suspect tells of modest life together

‘Umkhokha’ viewers are relieved MaMkhize never made an appearance

News24.com | 'Extensive damage' to Pretoria clinic as burglars make off with computers, equipment

Medvedev playing both hero and villain at Australian Open

Cost of a net-zero world ‘much higher’ than estimated

Fragrance alert: Love the taste of Brutal Fruit? Now you can smell like it!

Security guards were present when Atteridgeville labour office was burgled

US LGBT community draws on AIDS experience to fight Covid

Lions stick to basics ahead of URC battle against the Bulls

New trends to raise a glass to

EUSEBIUS MCKAISER | A love letter to boys and men

Paul Peter is on our side at Turffontein

At least 19 die in blaze, brawl at karaoke bar in Indonesia's Papua

Royal AM CEO chirps Chiefs over Letsoalo links: No money, no deal!

Passion for Africa led entrepreneur to opening a languages academy

Securing the bag! Rasta pokes fun at himself in Chicken Licken ad [watch]

Clicks gets vaccinations boost even as Omicron crimps drug sales

Lockdown shutdown was a blessing in disguise for brewer

News24.com | Boeremag family can use laptops to study while behind bars, ConCourt rules

Ntumba's fatal shooting 'by cops was not reported'

LISTEN | Dear men and white people: here’s how to be a better anti-patriarchy and antiracism ally

Two women hospitalised after being injured in Ferndale hit-and-run

All systems go for 2022 Zwartkops Passion for Speed

Libya: Unified Libya Will Come Only Via Ballot Box, 'Not the Gun', Security Council Hears

Africa: 'No Free Ride' for Covid, It's Here 'For the Foreseeable Future' - Tedros

Asian shares and US futures slide

Citing confidentiality, Winde refuses to give details of claims against Fritz

Pregnant Pule was threatened before her murder, court told

News24.com | Why Honda and other heavy hitters are banking on algae

YOUR COVID-19 QUESTIONS ANSWERED | My child has an underlying health condition, should they return to school?