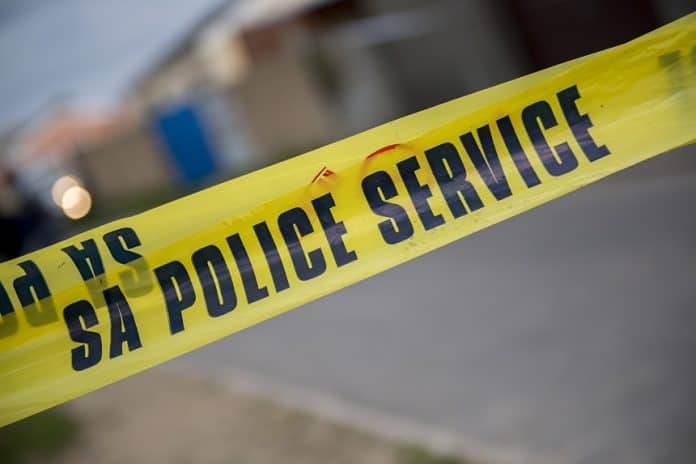 One man came second best after allegedly drawing his firearm in a taxi in the presence of an off-duty policeman in Durban over the weekend.

The incident was caught on video and the disturbing footage has since gone viral, showing the man lying on the side of the road after eight shots were fired in his direction.

According to Police spokesperson, Nqobile Gwala, the person who fired the shots was a metro police officer, who was travelling in a taxi when a fight broke out between two of his fellow passengers.

“The police officer intervened and tried to calm both parties,” Gwala said.

“The taxi was brought to a halt by the driver and the fighting occupants alighted.

“The suspect drew a firearm and pointed towards an unknown man.”

Gwala said the police officer ordered the suspect to lower his firearm which was, at that point, already cocked and pointed in his direction.

“The officer drew his state issued firearm and fired shots, wounding the suspects in the chest, shoulder and abdomen,” she said.

“A 9mm Luger pistol was recovered from the suspect, which police later establised was stolen in Eshowe during a armed robbery in Eshowe in July last year.”

She also revealed that the suspect was taken to hospital, where he succumbed to his injuries, and the Independent Police Investigative Directorate is currently investigating the matter.

“Chargs of attemted murder, possession of an unlicensed firearm and ammunition are being investigated,” Gwala said.

Please be cautioned that the footage contains graphic content.

Bruno was named player of the month in the Premier League for the second time in a row
Giovanni van Bronckhorst: I can't imagine Barcelona without Messi
Zlatan on the future in Milan: Ibra is not a player for the Europa League
Fiorentina wants to get Higuain as part of Chiesa's exchange to Juventus
Direct shots from a corner are a deliberate technique of the team from Portugal. Scored the winning goal in the 91st and moved closer to the Europa League
Brescia reported that Balotelli weighs 100 kg. He gained 8 kg of extra weight
60 years ago, the USSR team was the first to win the Euro
Source https://www.thesouthafrican.com/watch-off-duty-cop-shoots-man-in-public-video/

VBS former boss loses another court bid to save his assets

Dagga couple's lawyer: 'It was not a farm attack'

Celebrate Independence Day with Lottoland S.A and a USA-super-sized payout of R5.7 Billion!

'I have been quiet for so long': Siya Kolisi on holding men accountable for GBV

Filling up of hospital beds a challenge for mining industry

Tunisia: 'Tunisia Has No Domestic Infection With COVID-19' (Abdellatif Mekki)

Local Governance is falling into a sinkhole of irrelevance

Maverick Citizen: Southern Africa: People power and trust in the judiciary: How Malawi stood up for democracy

With 11.5 million residents, KZN is the country’s second most populated province

COVID-19: WHO promises ‘honest evaluation’ of how world handled COVID-19

How Ladles of Love makes millions of meals during lockdown

Zimbabwe: Guards Nabbed for Stealing From Cars They Were Looking After

Loadshedding to implemented at noon

FARM TO TABLE: The great Gatsby and other South African potato classics

Update: Over R1bn for SMMEs and jobs among highlights of Joburg budget

Naya Rivera's body may never come back up, says police

Naya Rivera's body may never come back up, say police

Mokwena thanks Pitso for welcoming back to Sundowns

Government not prepared to meet additional demands from SAA pilots

Loadshedding to be implemented from noon today - Eskom COO

KZN braces for cold front with moderate winds and rain

News24.com | FIRST TAKE | Cricket is political, and Lungi Ngidi has recognised the moment

MUST WATCH: US Navy singing ‘Circle of Life’ will make you laugh and cringe at the same time