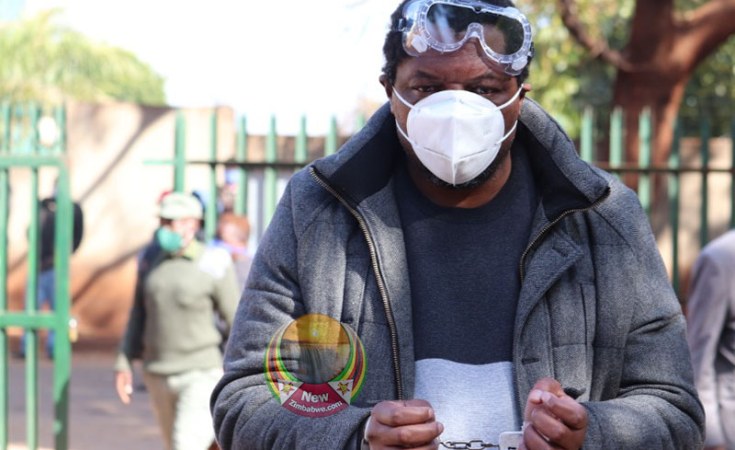 High Court judge, Justice Musithu has declared the prosecution of freelance journalist Hopewell Chin'ono on charges of incitement to commit public violence through posting tweets denouncing looting and corruption in 2020 a nullity.

Justice Musithu ruled that the charges lack essential elements and particulars as maybe reasonably sufficient to inform the freelance journalist of the nature of the charges he faces.

He said the contradiction in the charge sheet and state outline leave Chin'ono unsure about the offence which he is alleged to have committed.

Justice Musithu concluded by saying the State was on a fishing expedition when it arrested and prosecuted Chin'ono as charges preferred against him lacked the required particulars.

Putin to host Iran’s Raisi in Moscow on Wednesday

WhatsApp 'cheat sheet' for matrics even had wrong answers

Busted: R346 000 worth of abalone caught by police in Cradock

Scandal! stands the test of time as 4,000th episode flighted

Betty White remembered on what would’ve been her 100th birthday

Here’s why Uncle Waffle’s allegedly turned down a whopping R500k!

Wordle tips: What is the best word to guess first?

Lions bolster team for Currie Cup clash with the Pumas

Councillors angry at not being provided with bottled water at meeting

News24.com | ANALYSIS | Shane Cronin: Why the volcanic eruption in Tonga was so violent, and what to expect next

‘My life has nothing to do with anyone’: Lady Du slams gold digger claims

Pitso Mosimane to return to Bafana Bafana or the PSL?

Reddam and Reddford House matrics rack up more than 1,000 distinctions in rough year

Joburg council sitting off to a rocky start

Energy firms must focus on ‘G’ in ESG factors

Here’s how to find your 2021 matric results

‘Why does my family have to be disrespected?’ – Cassper asks Patrick Shai

Young, an Afrikaner and skilled? Orania needs you to help ensure its sustainability

Is Lasizwe Dambuza about to be a dad? Here’s why Mzansi thinks so…

Out of town matriculant relieved she can receive her results online

‘Is Andile Jali the Footballer of the Season so far?’

JSE slips as corporate earnings in US take centre stage

DINNER PARTY INTEL: Toyota tops it in US

LETTER: Charges of an unethical government

2022 matric results can be published on media platforms, court rules

Dzimbanhete Arts and Culture knows how to cultivate artists

Mmakau family murder accused due back in court for bail proceedings

Yes, you can now renew your vehicle licence disc at Pick n Pay

Zimbabwe: Lotteries and Gaming Act to Be Reviewed By Year End - Kazembe Kazembe

McLaren boss: F1 is at times ‘a pantomime’

'I have given up on Europe': Pitso Mosimane reacts to Fifa coach award snub