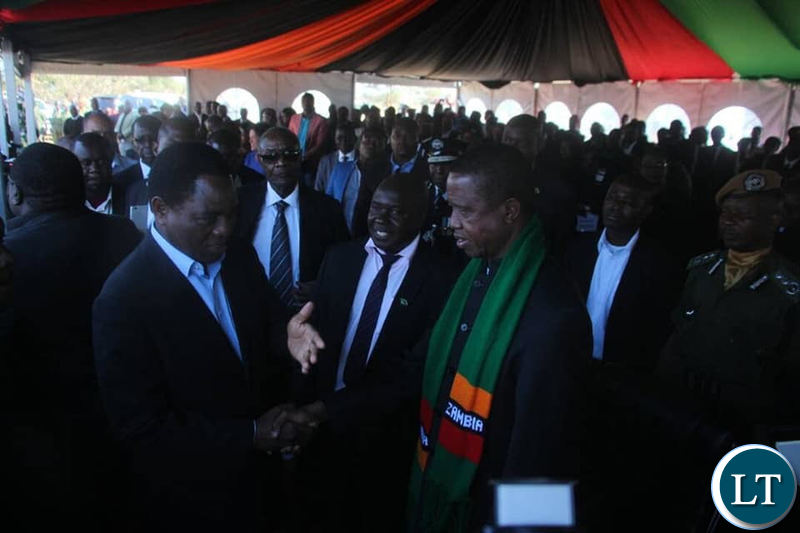 Veteran politician Vernon Mwaanga has said that the delay by President Edgar Lungu and opposition UPND leader Hakainde Hichilema to engage in dialogue shows levels of immaturity from both leaders.

Dr. Mwaanga said that he found it it unfortunate that President Lungu and Mr. Hichilema have never met in person to talk about anything since the Commonwealth initiated the dialogue process between them.

In an interview by telephone with QTV News Dr. Mwaanga stated that it was important that, as Zambians the two leaders are seen to be talking to each other.

Dr. Mwaanga thought that having earlier agreed that Church mother bodies lead the dialogue, after the ground work laid down by the Commonwealth, the dialogue process should have started by now.

Dr. Mwaanga wondered what the problem was and who was holding the dialogue process from taking place.

Dr. Mwaanga also said the he believes that holding of this dialogue process is an urgent matter that needs to be undertaken immediately in order that ground work is prepared for 2021 by ensuring that outstanding issues such as constitutional reforms are ironed out ahead of this year.

Dr. Mwaanga noted that there was need for Zambia to reach a point where people of different political affiliations and persuasions do not treat each other as enemies.

Dr. Mwaanga said that he did not think that people in the Country should treat other as enemies because, in his view, politics is not war

Manchester United have started negotiations with Raiola to extend Pogba's contract
Luis Suarez: Our goal is to win the three upcoming matches. We will wait for real to make a mistake
Kike Setien: Barcelona didn't play a great match. Espanyol played well in defense
Andujar Oliver on deletions: Fati went too far in the foot, and the foul on the Peak was even more dangerous, perhaps
Atalanta extended the winning streak to 11 matches, beating Sampdoria-2:0
Milner played his 536th game in the Premier League and was ranked in the top 5 of the League in games played
Barca midfielder Fati is removed in the Derby with Espanyol. He spent 5 minutes on the field
Source https://www.lusakatimes.com/2018/09/17/president-lungu-and-unpd-leader-hh-are-being-immature-to-delay-dialogue-vj/

With all the corruption going on does Lungu except people to throw roses at his feet?

Damiano Ready to Dialogue With FAZ

Government condemns the people who jeered at President Lungu in Monze

Caritas Zambia stands with Bishops in calling for withdrawal of Bill No.10

Booing is not a Crime, if it is, legalise it, Jack Mwiimbu responds to Monze Incident

Condemnation of UPND Cadres continues to pour in

Lusaka PF Youth Chair Calls for Peace, We will follow President’s Directive to be peaceful

Are flyovers the problem or the solution to traffic flow in Lusaka?

Leadership cults in Africa and Zambia in particular

ZCID Condemns UPND And PF’s Political Intolerance, Warning That “An Eye For An Eye Will Make The Whole Country Blind”

Citizens are Entitled to Express Public Displeasure With the President

Zambian Judge reappointed to serve on the UN Criminal Tribunals

Disrespecting the President in UPND Strongholds:PF warns of same treatment to UPND Leaders

Security Personnel Were The Most Neglected, Says President Lungu

Today’s Message:He Goes before You

Can Judicial Review or Petition halt consideration of Bill 10 by Parliament?

Clamp down on the Theft of Medicines, Dr Chilufya tells Medical Stores

Christians Fighting the Christians Clause in Bill 10 are Cowards

To Alliance or Not to Alliance in 2021 General Elections

KCM Warns Of Caving In Of Ground At Nchanga Open Pit

Lungu loves to dine and wine with corrupt people — Mweetwa