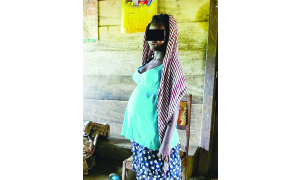 • UNPLANNED pregnancy is a major problem among young women under the age of 20 in Zambia.