LILONGWE-(MaraviPost)-Blue Eagles FC Captain, Schumacher Kuwali will miss the rest of the 2022 TNM Super League first round remaining games due to injury.

Frank Vic Kalodzeni, team manager for the area 30 outfit, has confirmed that the captain will be sidelined in four remaining games for the first round. 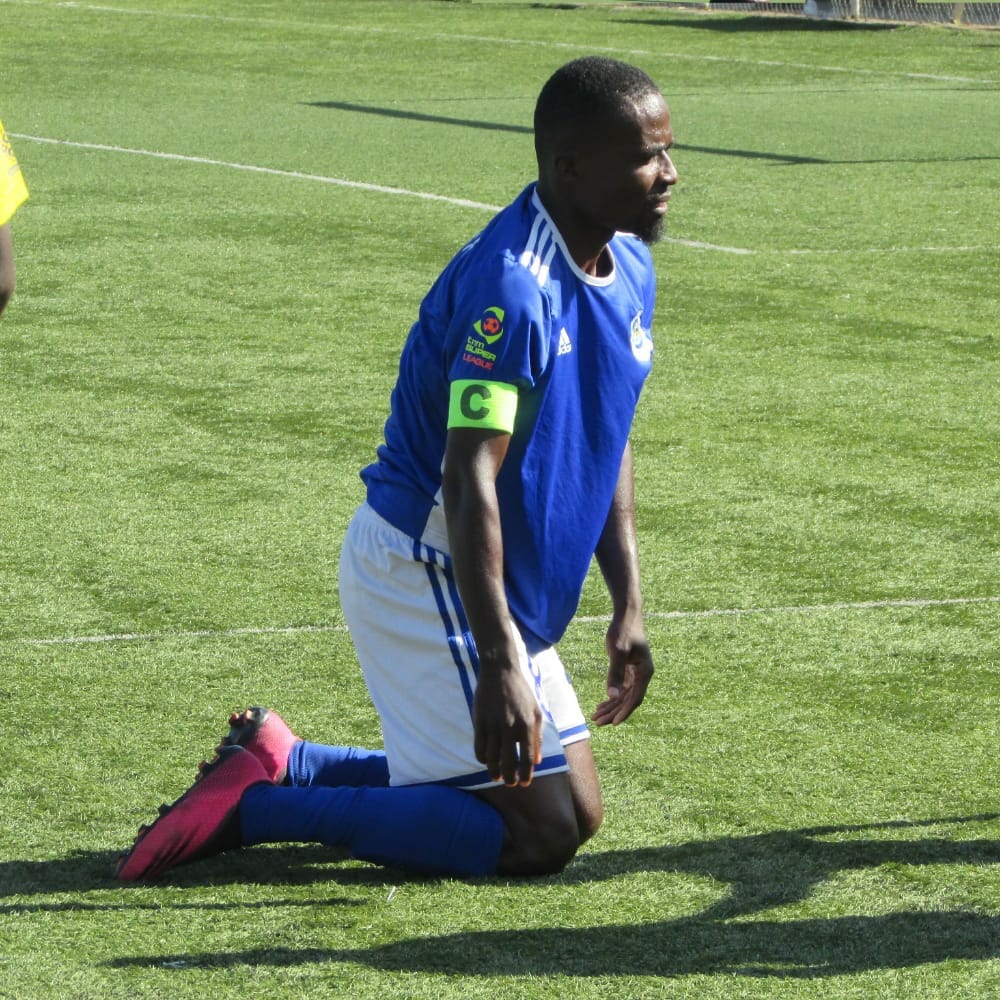 Eagles Captain Schumacher Kuwali out due to injuries

He said currently the Flames star is having the general pains and is recovering well but team’s doctor advised him to rest a bit.

“It is true we are missing our Captain Schumacher for the rest of the first round,he is an important player to our team, his return from Mozambique added momentum to the team,but people should not panic because we have back up,we will return to our winning ways against KB on Saturday”, Kalodzeni said.

Apart from Schumacher Kuwali, Blue Eagles FC who are sitting on position two with 27 points from 11 games 2 points behind leaders Nyasa Big Bullets FC who have 29 with same number of games.

Eagles are also missing the services of attackers John Malidadi Jnr,Gilbert Chirwa and defending Midfielder Oswald Maonga due to different injuries but Frank Kalodzeni said these three may return soon as they have started full time training.

Schumacher Kuwali has been instrumental for Blue Eagles FC this season scoring 4 goals and has been the architect for more than 6 goals the cops have scored through Oswald Maonga, John Malidadi Jnr and Gaddie Chirwa.

To wind up the first round Blue Eagles FC are remaining with four games against, Kamuzu Barracks FC, Ekwendeni Hammers,TN Stars and Mighty Wanderers.