Two Arkansas deputies who were caught on video violently arresting a suspect outside a convenience store in August have been fired, Crawford County Sheriff Jimmy Damante said Thursday.

Damante told Fort Smith television station KHBS that deputies Levi White and Zachary King had been fired but did not elaborate on the decision. Damante did not immediately return messages left by The Associated Press.

A bystander recorded White, King and Mulberry Police Officer Thell Riddle arresting 27-year-old Randal Worcester outside a convenience store in the small town of Mulberry, about 140 miles northwest of Little Rock, near the border with Oklahoma.

An attorney for the deputies did not immediately respond to messages Thursday afternoon.

The bystander's video of the Aug. 21 arrest shows one of the deputies repeatedly punching and kneeing Worcester in the head before grabbing his hair and slamming him against the pavement. As that was happening, another officer was holding Worcester down, while a third kneed him over and over.

Damante has said Worcester was being questioned for threatening a clerk at a convenience store in the nearby small town of Alma. Damante said Worcester tackled one of the deputies and punched him in the head before the arrest. The deputy suffered a concussion, Damante said. 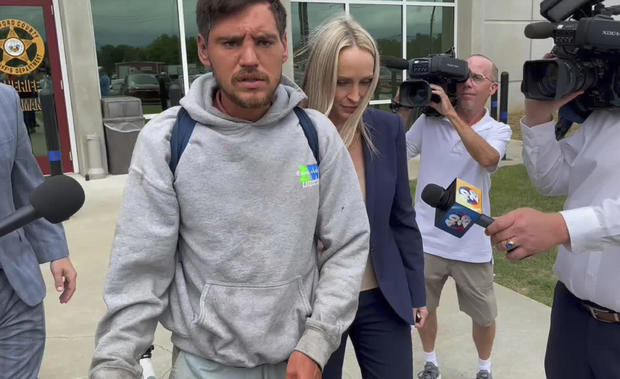 White has been a deputy with Crawford County since Jan. 10. King has been a Crawford deputy since July 31, 2019. Before that, he worked a year and a half as a civilian jailer for the county.

The three officers were suspended after the arrest video was circulated on social media, and state and federal authorities launched investigations. State Police wrapped up their investigation last month, and a special prosecutor has not announced whether the three will face charges.

Worcester filed a federal lawsuit against the officers as well as local officials, saying they violated his constitutional rights.

An attorney for Worcester called the firings a "step in the right direction."

"It's just a single step in a very long journey to have justice for Randal and honestly for Crawford County as a whole," attorney Adam Rose told the AP.

Worcester was treated at a hospital then jailed on charges including second-degree battery and resisting arrest. He was released the following day on a $15,000 bond. Worcester's lawsuit said he has permanent injuries from the arrest that will require continued medical treatment.