In the deadly incident, the 38-year-old victim had just gotten off a northbound No. 4 train at 176th Street and Jerome Avenue in The Bronx around 8:30 p.m. when a brute stabbed him without provocation, authorities said.

The victim – whose name was not immediately released pending family notification – was rushed to St. Barnabas Hospital, where he succumbed to his injuries around 6 a.m. Friday.

Video surveillance released Friday shows the victim and the suspect — wearing all black — scuffling on the northbound platform while the train was still in the station. 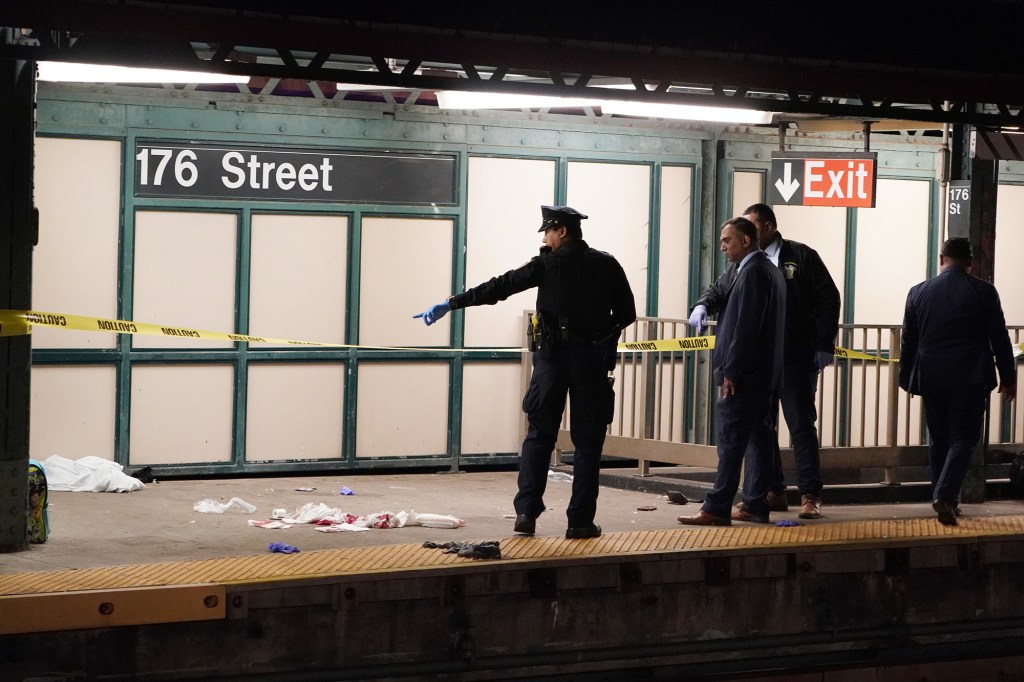 The victim was knifed multiple times in the back and chest, cops said.

The suspect fled out of the station, and no arrests had been made by Friday morning.

Just over three hours earlier, a 45-year-old man was slashed inside the A train station at Pitkin and Grant avenues in East New York, Brooklyn, authorities said.

Footage released Friday morning shows the red-hoodie-wearing suspect getting off a black and yellow scooter and starting to run. Cops say he followed his target into the station.

As the victim attempted to pass through a turnstile, the suspect slashed him on the right side of the face with an unknown object before bolting, authorities said.

The victim was taken to Brookdale University Hospital Medical Center, where he received stitches and was later released.

The suspect took off on his scooter, and no arrests have been made. 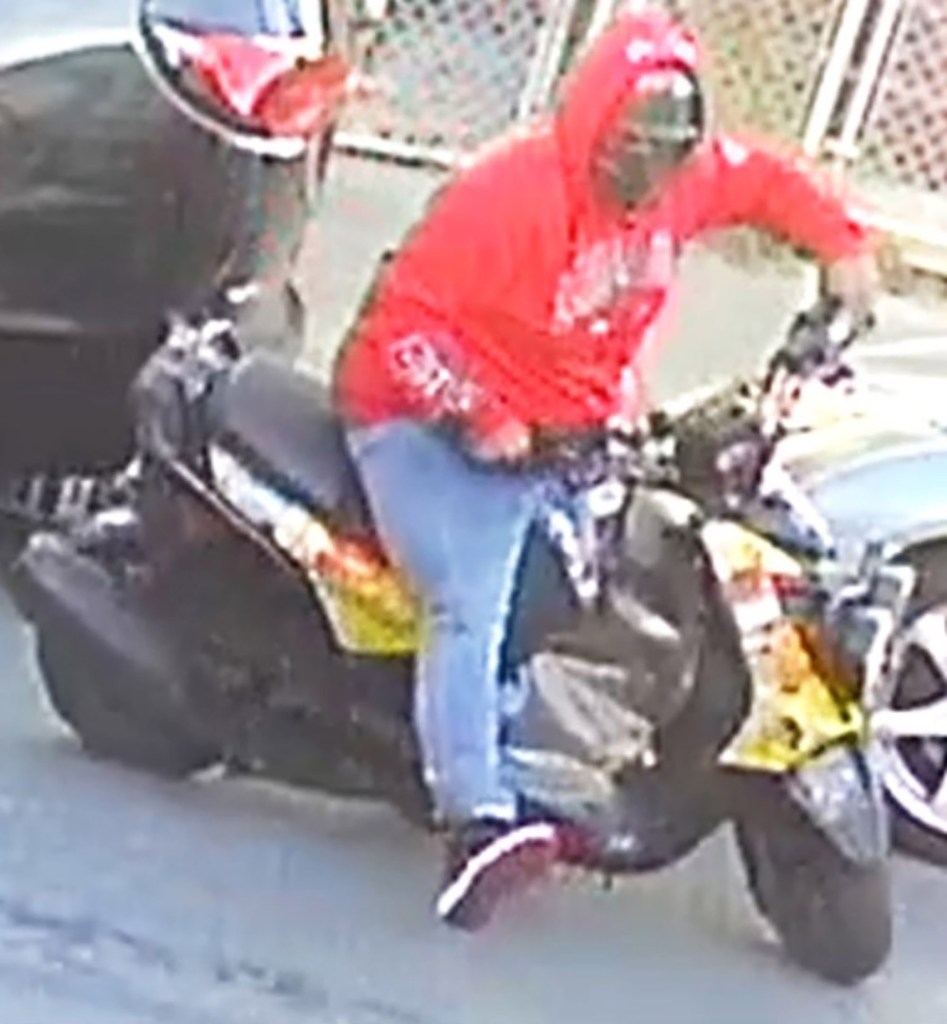 The victim claimed to police that he did not know his attacker but told authorities he was wearing blue and that his assailant may have believed he was a gang member.

The victim has a “tremendous amount of arrests” himself and is “extremely well-known to the department,” police sources said.

Earlier in the afternoon, a man was randomly stabbed inside the 125th Street A, B, C and D station in Harlem, authorities said.

The 59-year-old victim was walking on the platform – passing another guy who suddenly knifed him without provocation, cops said. 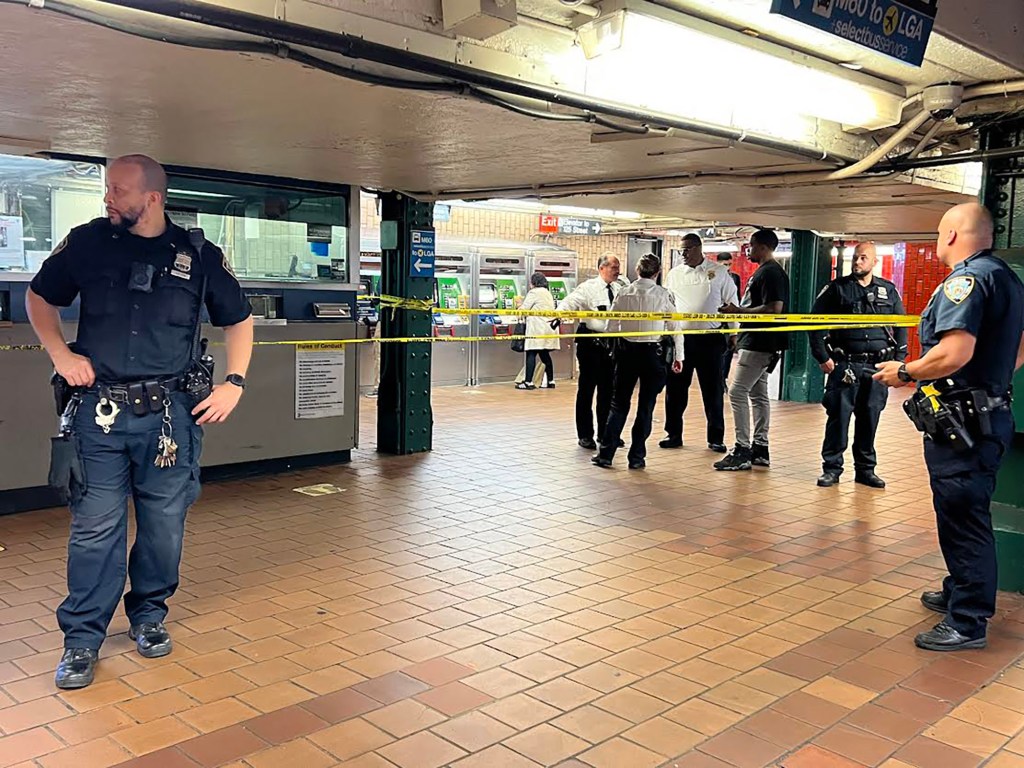 The victim was taken to Mount Sinai Morningside with non-life-threatening injuries, police said.

About a half-hour later, a 29-year-old man and his 40-year-old wife were standing on the same platform when a man approached them and displayed a knife, cops said.

The couple was not hurt, and the knife-wielding man got away after threatening them but the husband flagged down officers in the station, police said.

John Bethelmie, 58, of The Bronx, was arrested and charged with menacing.

So far, police have only charged him with threatening the couple, but said they are investigating whether he was also connected to the earlier stabbing.

He has no prior arrests, cops said.