San Francisco 49ers wide receiver Jauan Jennings showed off his incredible concentration in the first half of his game against the New Orleans Saints on Sunday.

The 49ers were looking to capitalize in the red zone before the first half was over. Jimmy Garoppolo scanned the field on 1st-and-goal from the Saints’ 5-yard line and fired a laser to Jennings in the back of the end zone. 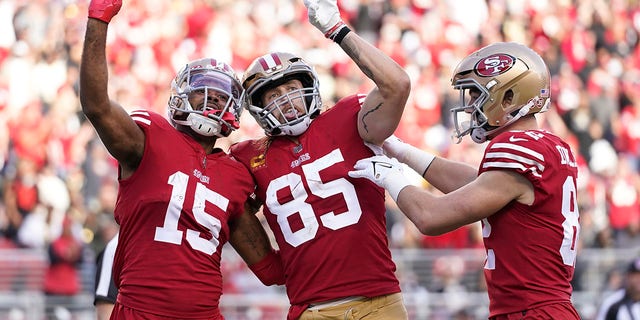 Jennings leaped for the ball, but it was tipped at the last second by Saints safety Tyrann Mathieu. Jennings was still able to locate the ball as he was falling to the ground and was able to grab the ball and maintain it on the field for the touchdown.

San Francisco went up 10-0 at the half thanks to the touchdown.

Jennings ended the first two quarters with five catches on six targets for 43 yards. Brandon Aiyuk was leading the team at the half with two catches for 47 yards. 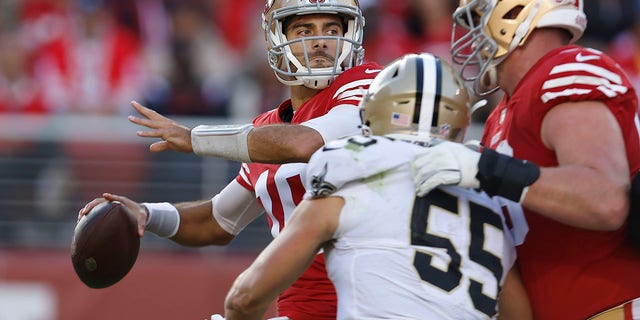 Garoppolo was 20 of 28 with 175 passing yards and a touchdown pass. He was sacked once in the first half.

Jennings, who is in his second season with San Francisco, came into the game nearing his receptions total from last season – he had 18 for 220 yards this season. In his rookie season, he finished with 24 catches for 292 yards and five touchdowns. 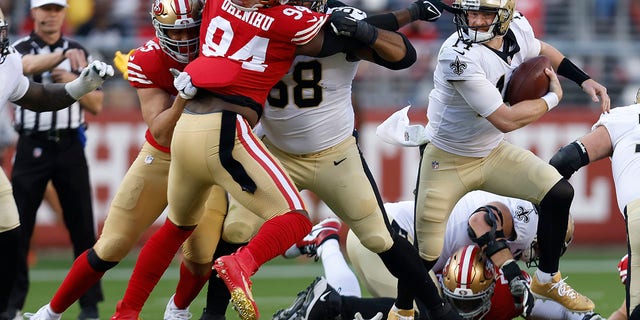 Sunday’s score was Jennings’ lone touchdown of the season so far.