Five reputed members of the Trinitarios gang pleaded guilty to first-degree manslaughter charges for the killing of Lesandro “Junior” Guzman-Feliz in the Bronx four years ago.

The five men are the latest to be convicted for the horrific, caught-on-camera slaying of the innocent 15-year-old in a Bronx bodega on June 20, 2018 that left New York City reeling.

The men were part of a group of 14 “Los Sures” Trinitarios gang members who targeted Guzman-Feliz, chased him and dragged him out of a Belmont bodega. Five other gang members stabbed and slashed the teen over and over again with knives and a machete, killing him, prosecutors said. 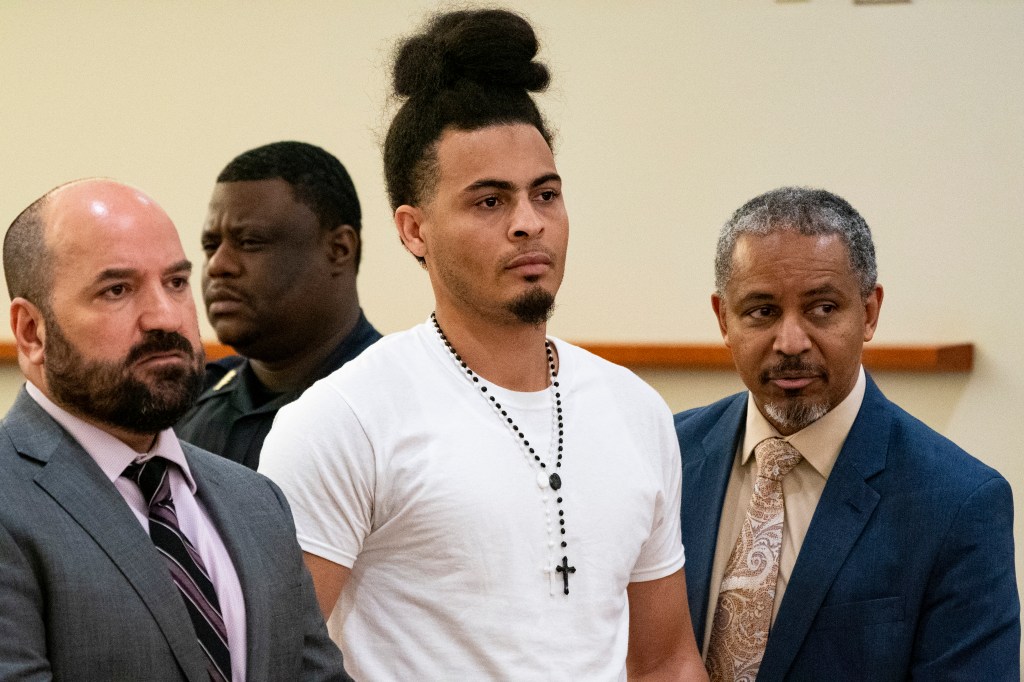 Guzman-Feliz’s killers mistook him as a member of a rival gang, but the boy was just an innocent teenager.

His mother Leandra Feliz demanded his son’s killers be held accountable, starting a “Justice for Junior” campaign that spread nationwide along with the stomach-turning video of his murder.

The five men will be sentenced to prison terms ranging from 12 to 15 years, followed by post release supervision as part of their plea agreements, according to the district attorney’s office.

“The defendants’ actions culminated in the brutal attack on Lesandro “Junior” Guzman… Since Junior was taken from his family, we have been relentless to attain justice for him,” Clark said in a statement.

Several of Guzman-Feliz’s more than a dozen attackers have already been convicted and sentenced.

The five men who hacked him to death were convicted of first-degree murder by a jury in 2019 and are serving sentences ranging from life without parole to 23 years to life.

“Los Sures” leader Diego Suero and his second-in-command Frederick Then — who ordered their followers to commit violence against the “Sunset” subset of the Trinitarios the night the teen was butchered — were both found guilty of second-degree murder and are serving sentences of 25 to life.