Asked if he still “trusted’’ Gerrit Cole in the playoffs following another outing ruined by a pair of home runs, Aaron Boone said, “Yeah, what’s the alternative?”

On Saturday, Boone again defended Cole’s performance in Friday’s win, when he allowed a game-tying homer to Alex Verdugo in the sixth and then got ejected for yelling at home plate umpire Brian Knight as he walked off the mound.

Cole has allowed 10 homers in his last six games and has matched his career-high with 31 home runs.

“It is remarkable,’’ Boone said. “A pretty dominant outing and one pitch at the end wrecks the line. We’re doing all we can to avoid those certain things.” 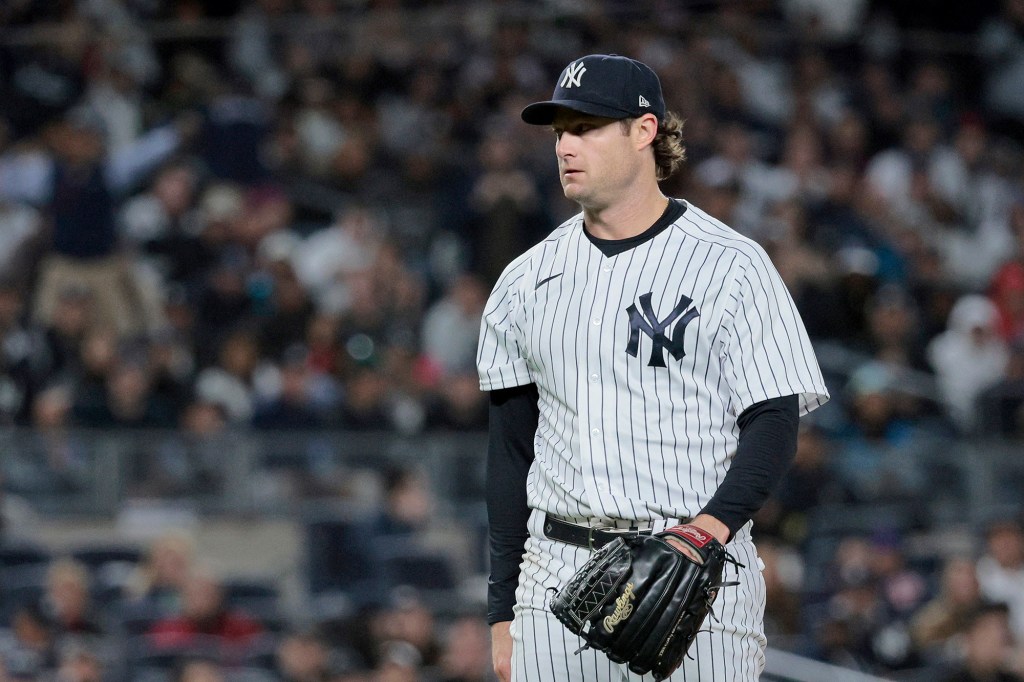 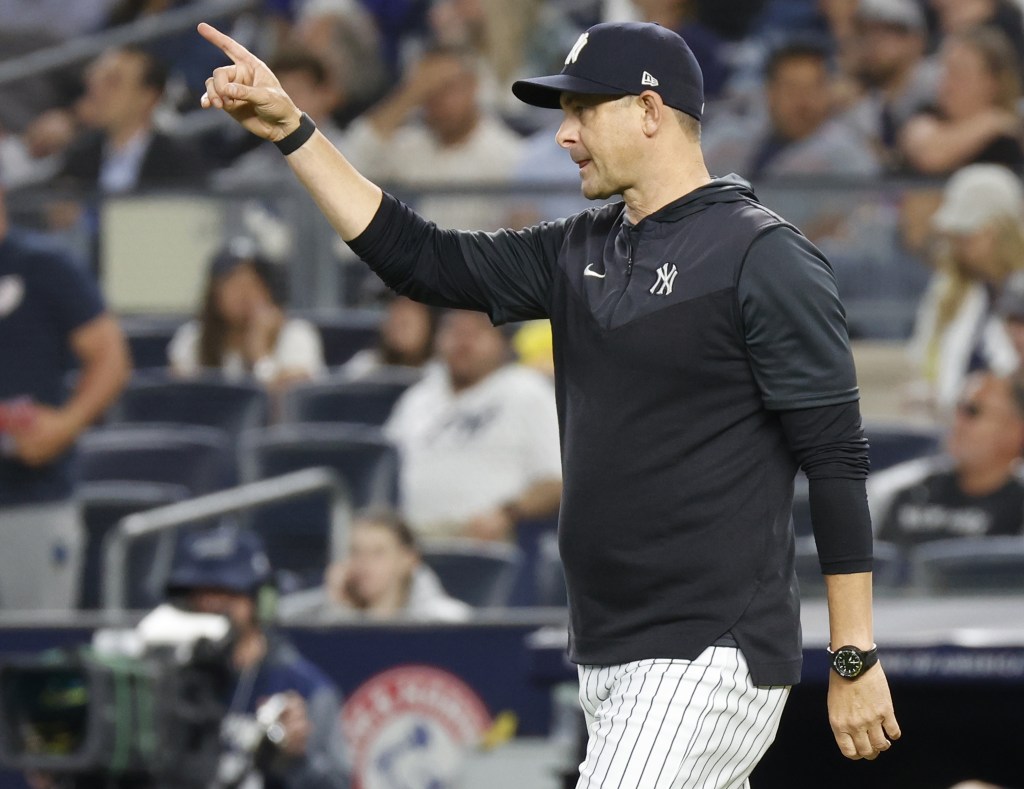 “It’s crazy that has happened,’’ Boone said. “The bottom line is we’ve got a guy throwing the ball incredibly well right now, with every capability to go out there and dominate.’’

“If he executes at a high level, he can shut down anyone,’’ Boone said. “He’s in that place to do that. We’ve got to get [over] that hump. The only thing to change that narrative is to go out and avoid that one big one. That’s all it’s been is one big one here and there.”

Aaron Hicks wasn’t in the lineup Saturday after homering on Friday.

“There will be some opportunities there for Aaron,” Boone said of Hicks, who will likely play on Sunday. “I liked him [Friday] from the right side [against left-hander Rich Hill] and he had good at- bats, too, later in the game.” 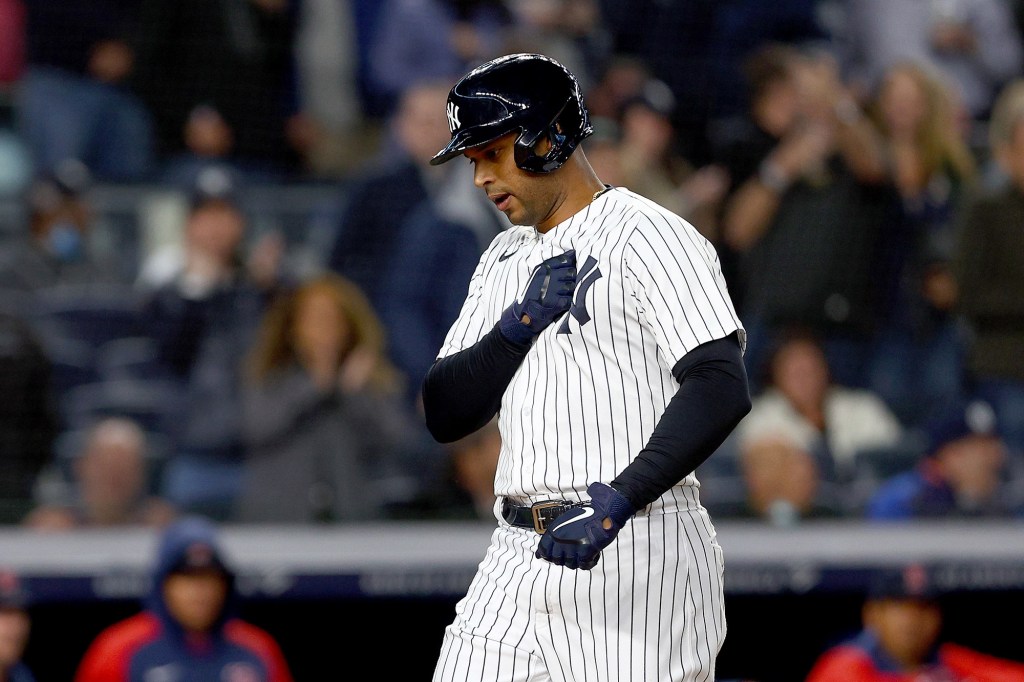 Hicks recently complained about his playing time and Boone said recently there would be competition for time in left field after the arrival of Harrison Bader.

Of Hicks’ playing time Boone said Saturday, “It’ll remain fluid each and every day… He has to be ready to make the most of his opportunities.”

In his last four games, Hicks is 7-for-15, with a double and two homers, as well as three RBIs.

Hicks hasn’t walked in the stretch and has struck out six times.

“He’s worked hard all year on his hitting,’’ Boone said. “For him to get results the last couple times out has been big.”