The Aaron Judge home run watch came back to The Bronx, but Yankee fans didn’t get to see what they came for in a 2-1 against the Orioles.

With the Yankees having clinched the AL East and the second-seed in the American League, the result of the game was largely unimportant to the sellout crowd of 47,583 on a chilly night at Yankee Stadium, and Judge was held in the ballpark.

He struck out in the first, singled in the third and walked again in the sixth before coming up again in the eighth with Isiah Kiner-Falefa on second and one out.

With the count 1-0, right-hander Felix Bautista appeared to hurt his foot on his second pitch to Judge. 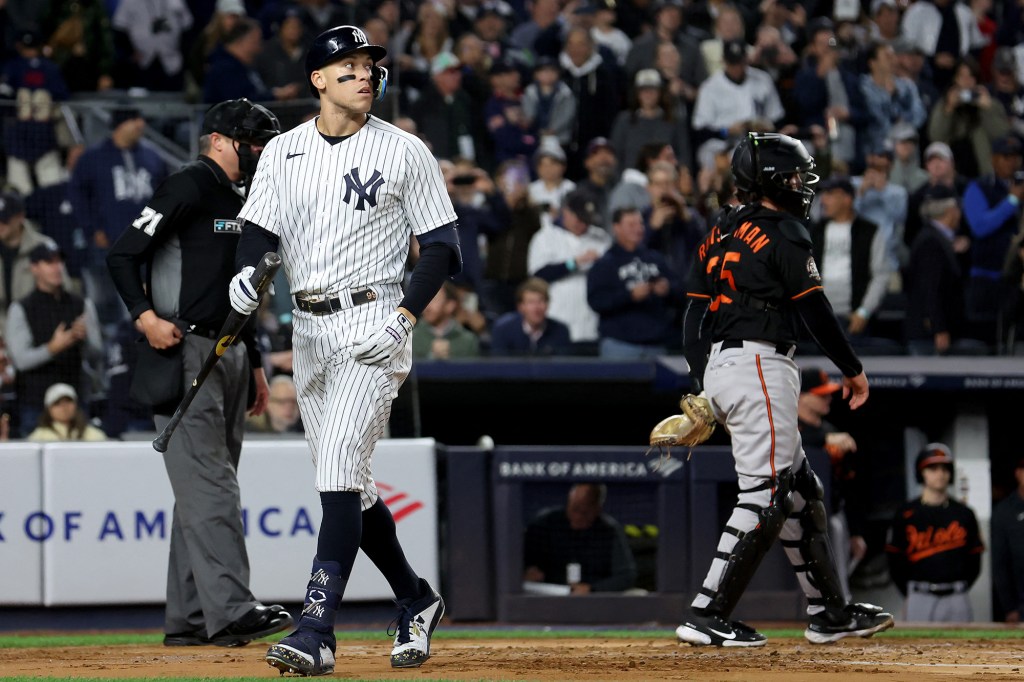 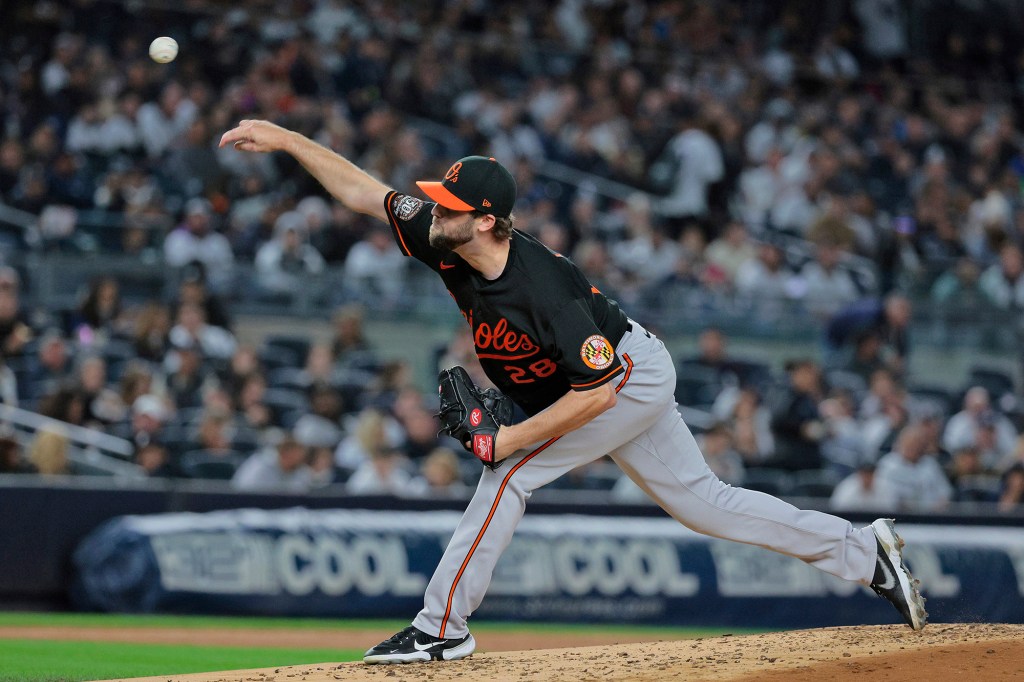 After a brief visit from trainers and some warmup pitches — which were met with boos from the crowd — Bautista threw another ball before Judge was walked intentionally.

Judge now has two more home games to break Roger Maris’ AL and franchise record of 62 homers before the Yankees finish the regular season with a four-game series in Texas next week.

The Yankees had won nine of their previous 10 games.

Domingo German, looking to cement a spot on the playoff roster — likely in the bullpen — walked Cedric Mullins to start the game and Mullins got to third on Jose Trevino’s throwing error when Mullins stole second, although Gleyber Torres should have blocked the ball.

Mullins scored on Ryan Mountcastle’s single to left for the game’s first round.

German pitched around a leadoff double by Austin Hays in the second, as he went on to retire 12 in a row.

The Yankees got just a pair of singles off right-hander Jordan Lyles until the bottom of the fifth, when Oswaldo Cabrera led off with a homer to right-center.

It was Cabrera’s fifth home run of the season and tied the game at 1-1. 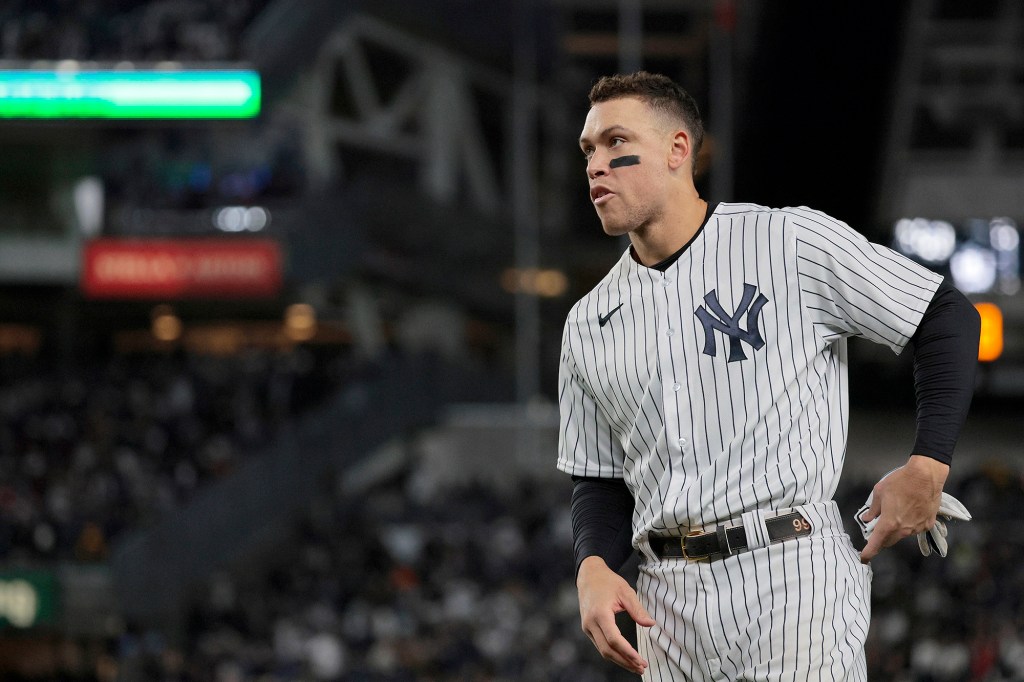 Baltimore went ahead again in the sixth, thanks to another rough outing from Zack Britton- who left the game with an apparent injury.

German walked the first two batters of the inning before getting Ryan Mountcastle on a comebacker. 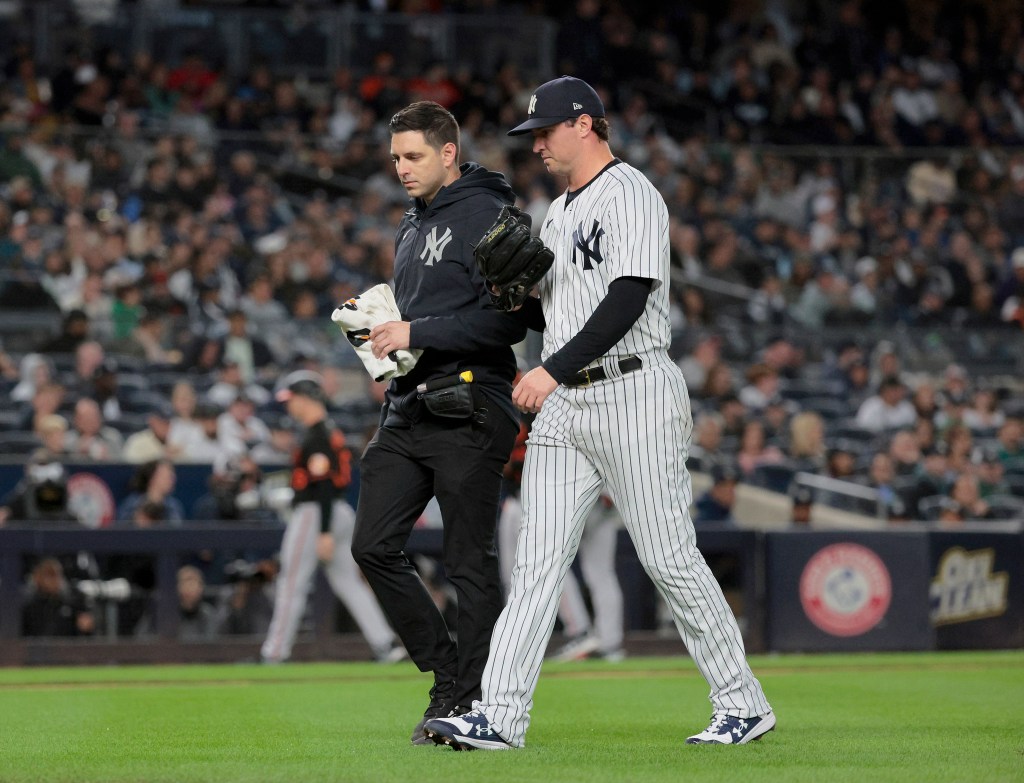 Britton was visited by Aaron Boone and a trainer before being removed from the game with what was later diagnosed as “left arm fatigue.”

Ron Marincaccio came in and got out of the inning without further damage.

Judge and the Yankees are set to face right-hander Austin Voth on Saturday, with inclement weather forecast, as Judge’s attempt to become the first Yankee to hit 62 home runs continues.

How much does life insurance cost?

Family of alleged 'catfish' killer's victims says be careful, talk to your children about predators

ESPN shaking up radio lineup to take on WFAN

US Concerned Over American Jailed in Russia and Not Heard From

The Most Shocking Moments from Peacock’s Casey Anthony Documentary

Best Amazon deals on PS5 games you can still shop: NBA 2K23, Madden NFL, The Last of Us and more

The special meaning behind Meghan Markle’s outfit at Indianapolis event

Opinion: Why the Oath Keeper verdict is so significant

The best home appliance deals you can shop before the holidays: Refrigerators, washers, dryers, dishwashers and more

Maroon 5 has a 2023 Las Vegas residency at Dolby Live. We found tickets.

James Cameron on making ‘Titanic’ and ‘Avatar’: I was ‘a wild, testosterone-poisoned young man’

How Jeffries made his ascension to House Dem leader 'look easy'

Al Roker rushed back to hospital via ambulance amid health issues

House passes bill to avert looming rail strike, sending it to Senate ahead of crucial deadline

Andy Cohen didn’t remember meeting Meghan Markle: She threw it ‘in my face’

Here’s how much money the Yankees have offered Aaron Judge

‘The View’ Hosts Attempt to Get an NSFW Response Out of Joy Behar: “Wanted to See How Far Joy Was Going to Go”

Nikki Haley mulls 2024 presidential bid, though she pledged to back Trump

Stream It Or Skip It: ‘Stanley Tucci: Searching For Italy’ Season 2 on Discovery+, The Actor’s Travelogue of His Ancestral Homeland

Stocks waver after US economy grew faster than expected

Job openings and hires dipped in October as economy cooled

The best tech deals you can still shop at Best Buy: Theragun Pro, iRobot Roomba i7+ and more